Okay, guys. The new Ford Taurus is pretty sweet. It’s big. It’s comfy. It’s handsome. It’s got room for you, your people, and your things, and you can get one with a twin-turbocharged V6 if you’re pretty badass and want to talk boost with your pals.

Most Taurus owners rave about the value-for-the-dollar at work, a comfortable ride, relatively good fuel economy on most models, and a driving feel that’s solid, sturdy and confident.

There are numerous reasons to consider a used Taurus for your second-hand sedan buck. These centre, mostly, around space, styling and size at a relatively low price. This generation Taurus launched for model-year 2010 with V6 power, front or all-wheel drive, and the high-performance Taurus SHO with EcoBoost engine filling in the model range. All units got four doors, a generous rear seat, standard front-wheel drive and a lengthy list of high-tech options.

For model-year 2013, an update gussied the Taurus up, intending to demonstrate a higher level of craftsmanship and attention to driving dynamics, as well as improved efficiency. A turbo four-cylinder engine became available, fuel-saving tweaks were applied to the other engines, and exterior styling updates included a more muscular hood, larger wheels and tires, and revised rear quarter panels that enabled the use of larger taillamps.

Ford says that without altering overall dimensions, they made the 2013 Taurus look more streamlined and sporty. Further, the SHO variant got bigger brakes, a better cooling system and a tidied-up steering box from 2013 and on.

Do you like engines? The Taurus had several on offer.  Earlier units will pack a 3.5L V6 good for about 265 hp, or a twin-turbo EcoBoost variant thereof, good for a hundred more.  From 2013, the 3.5L engine makes 288 hp, and the new 2.0L EcoBoost four-cylinder generates 240 hp, and (more importantly) 270 lb-ft of torque, which is more than the standard V6.

Look for a six-speed automatic with paddle-shift on all units, and note that Taurus SHO only came with All-Wheel Drive to keep your teenagers from vaporizing the tires when they pull out of the Timmies drive-thru.

Note, when shopping, that trim-grade nomenclature saw standard Taurus models named SE, with the SEL representing the high-value mid-grade model. A loaded Taurus wears a Limited badge, and the performance-focused Taurus is the SHO.

Most Taurus owners rave about the value-for-the-dollar at work, a comfortable ride, relatively good fuel economy on most models, and a driving feel that’s solid, sturdy and confident. The premium audio system is highly rated, and many owners have also grown fond of Taurus’s relatively generous selection of high-tech gadgets.  Though Taurus is smaller on board than its overall size suggests, most owners still say it’s roomy and spacious. Finally, Taurus SHO owners all report satisfaction with the smooth and quiet performance of their lustrous turbocharged land rockets, and relish the ability to lay the smack down on pesky Honda Accord drivers between a set of traffic lights.

Typical gripes include heavy fuel consumption in the SHO model when driven hard, the lack of an involving driving experience for some enthusiast drivers who happen to need a big car, flat and potentially-uncomfortable front seats, and torque-steer galore in front-wheel drive models. Some owners wish for reduced button-clutter on the dashboard, too.

Start your test-drive with a check for proper operation of the climate control system, switching it between various settings and listening for a ticking or thumping noise from behind the dashboard. Numerous owners have reported issues with actuators that operate ducts within the climate control system, so be sure it operates as expected. Any failure to switch airflow distribution, or weak air-flow from an opened and activated vent, could be a sign of this issue.

Try and remedy a fussy Sync system with a hard reset if things feel slow or laggy from the touch-screen, and confirm that the Taurus’s xenon lights, if equipped, both work properly too. These can be pricey to replace if they burn out.

If the model you’re considering has All-Wheel Drive, consider having the Power Take-off Unit (PTU) inspected by a mechanic, and especially if there’s a fluid puddle underneath the car. Though not overly common, this component (which splits engine power between the axles) may suffer from leaks that need to be addressed. Further, there’s some debate about changing the PTU fluid, even though Ford says you don’t need to. Some owners insist on changing it regularly, a good idea for peace of mind, especially if the service history of the model in question is unknown, or if the AWD-equipped Taurus will be used in extreme conditions.  As one owner puts it “a few bucks worth of fluid and half an hour’s labor is a sound investment in reassurance of overall PTU reliability”.

A tapping noise from the footwell area could be the result of a loose fastener on the fender or fender liner, and is typically an easy fix with no cause for alarm. Similar noises could also indicate issues with suspension components or CV joints, so be sure to have any unwelcomed noises inspected if you detect them.

Consider a used Taurus as a candidate for a mandatory computer system scan. Whether or not there’s a CHECK ENGINE light present, the Taurus you’re considering could be suffering from a number of electronics or sensor-related issues, which would be revealed easily with a computer scan. Some owners have reported issues with misfiring, which could be the result of old spark-plugs, bad coil packs or even a bad O2 sensor. Misfiring will be felt as an inconsistency in power delivery, with sporadic or lumpy acceleration. A computer scan can narrow down the reason for any detected misfiring.

If the Taurus you’re considering has remote start, confirm that the system works properly, several times, on your test-drive. Remote start failure could be the result of a drained battery, or a bad hood pin safety sensor, used to tell the remote start system whether the hood is open or not. Check the heated seats, too, as some owners have reported failure.  Here’s a writeup for do-it-yourelfy types who want to tackle the wiring repairs on their own.

Finally, as it has an engine with two (expensive) turbochargers bolted to it, be triple sure the seller of a used SHO was fond of frequent oil changes. Turbochargers should last the life of the vehicle if properly maintained, though they can fail very prematurely if abused and not cared for.

Here’s a tip: insist on driving the Taurus SHO you’re considering from a cold state, and watch the tailpipes a few minutes, as it idles up to operating temperature, for signs of troublesome smoke. Bad turbo seals can indicate excessive wear, and will often allow fresh engine oil to be burned inside of the turbocharger once its warmed up, but ONLY if you haven’t driven the car anywhere. (The higher temperatures experienced while driving can expand the seals slightly, masking the issue).

The EcoBoost engine has been the subject of a lawsuit in the US of A, for things like random stalling and defective intercoolers that allow moisture to get sucked into the engine, making it stall. Some owners have had engines replaced under warranty. Some have reported transmission issues.  Some have reported excessive deposits of gross valve gunk, a problem that’s increasingly prevalent with the market’s latest breed of Direct Injection engines.

So, if you’re buying a used SHO, find as new and low-mileage a model as possible from a CPO program at a Ford Dealer, add any and all extended warranty available, and be sure the engine has never been ‘tuned’ to run more boost than the factory intended, which could fry the turbochargers faster than a Baratheon princess.

Though the Taurus SHO requires an extra degree of caution in shopping because of its EcoBoost engine, the rest of the Taurus lineup appears to be relatively solid and free of troubling issues. Most common problems reported should be easily identified on a quick mechanical inspection before your purchase, and via a computer system scan. A quick call, or visit, to a Ford dealer with the VIN number of the model you’re considering can identify any outstanding recalls, too. 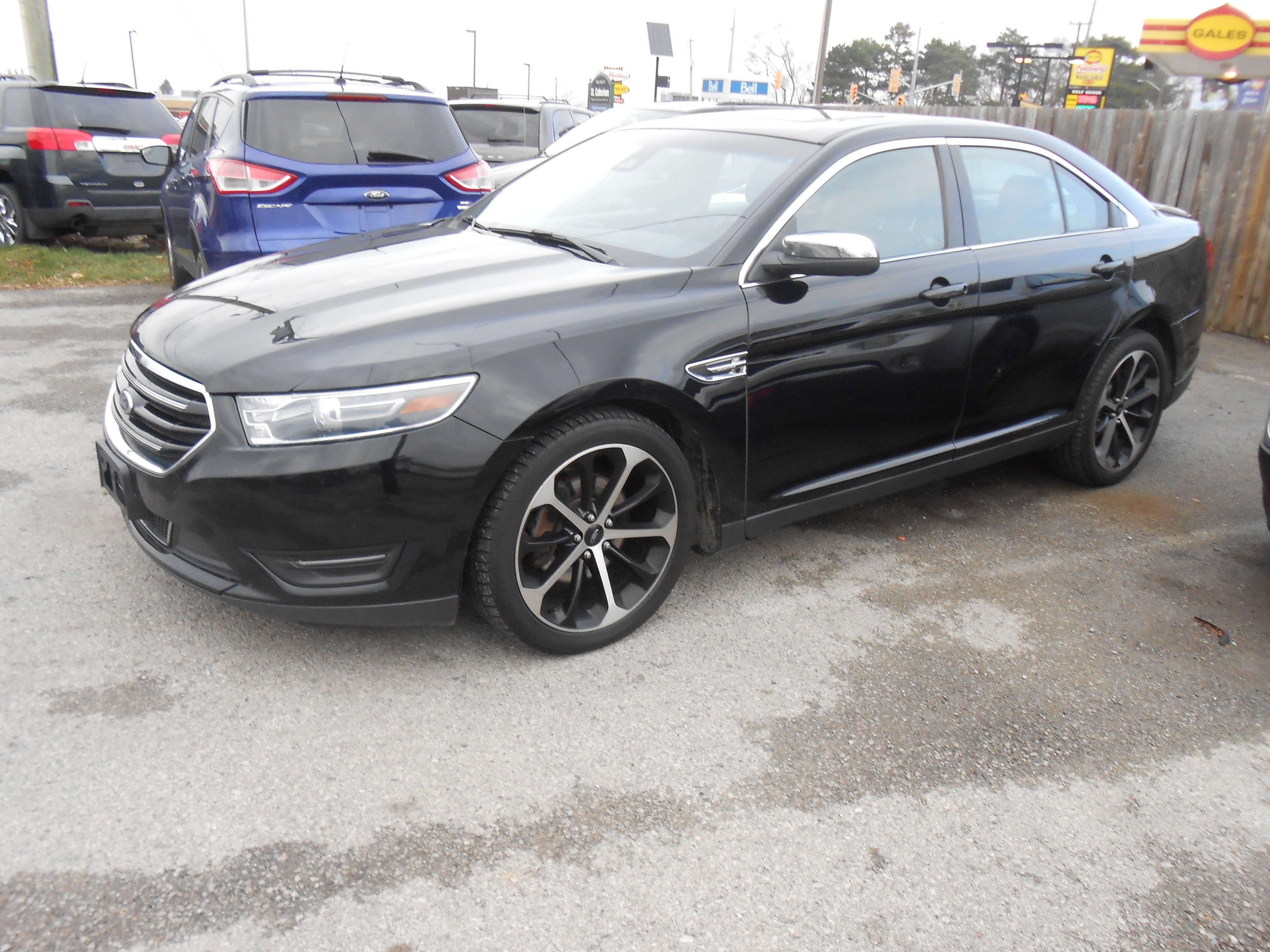 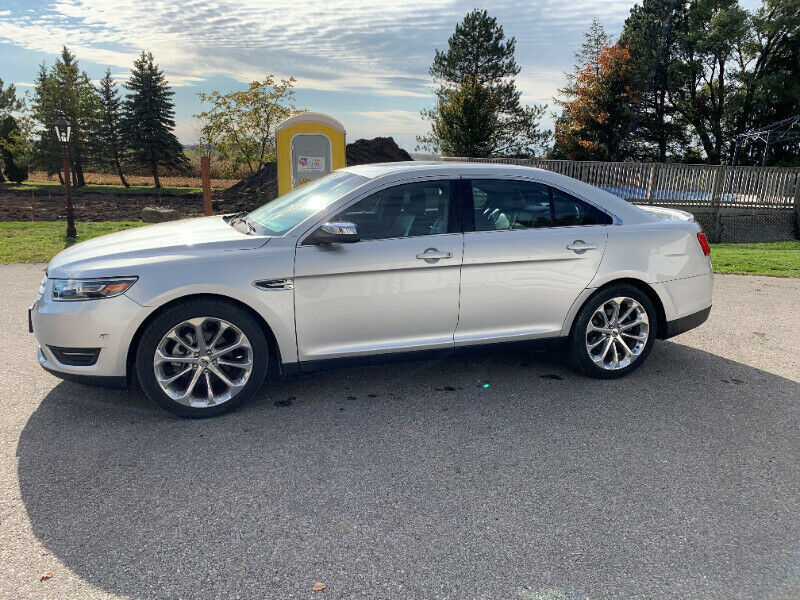