Direct Injection and Valve Gunk: Is There a Relationship? Some direct-injection (DI) engines may be prone to valve-gunk buildup, but a few tips can help fend it off
Advertisement

Some direct-injection (DI) engines may be prone to valve-gunk buildup, but a few tips can help fend it off

Valve gunk is a crusty, dirty and problematic substance formed when a greasy vapour of steam, oil, gasoline and other engine contaminants builds up and bakes on to the surface of an engine’s intake valves.

Gunk-causing vapour is created by all gasoline engines. Normally it’s vented back into your engine’s intake system, where it’s sucked into the cylinders, and burned up. On that voyage, the greasy vapours pass the intake valves, where they can leave deposits behind. These deposits can accumulate, harden under heat, absorb more contaminants, and transform into valve gunk. Valve gunk is a bit like cholesterol: over time, it can build up and cause issues with the heart of your ride.

Weekly, and for years, your writer has scoured online owner forums associated with hundreds of vehicle models, as part of research for his weekly autoTRADER.ca used car reviews. Lately, more and more reports of valve gunk related issues are surfacing relating to some vehicles powered by direct-injected (DI) engines.

That’s some vehicles. Not all vehicles, and maybe, not even most of them. But something is up, according to many, many owners.

Let’s backtrack: In an engine with standard fuel injection, the fuel injectors sit above the intake valves, effectively washing them every time fuel is squirted into the cylinder. This happens almost constantly while the engine is running. The constant cleaning effect of the fuel spray cleans gunk-causing deposits from the valves in real time, and they’re burned off in the cylinder below. Result? Generally, the intake valves stay nice and clean for a very long time.

Translation? Same oily vapours, same potential for deposits, but no cleansing spray of fuel. In some situations, regardless of the vehicle or manufacturer, this means valve gunk can build up unchecked, and quickly. Note that no pour-in-tank valve cleaner will have any direct effect, again, since in a direct-injection engine, fuel never contacts the intake valves.

If valve-gunk deposits build up sufficiently in a direct-injection engine, drivers may experience a loss of compression, poor fuel mileage, lousy or rough performance, and even possible engine damage. The commonly accepted fix, in many cases, is to partially dismantle the engine and clean the valve gunk manually. This is not inexpensive, though in the vast majority of cases it can be avoided. 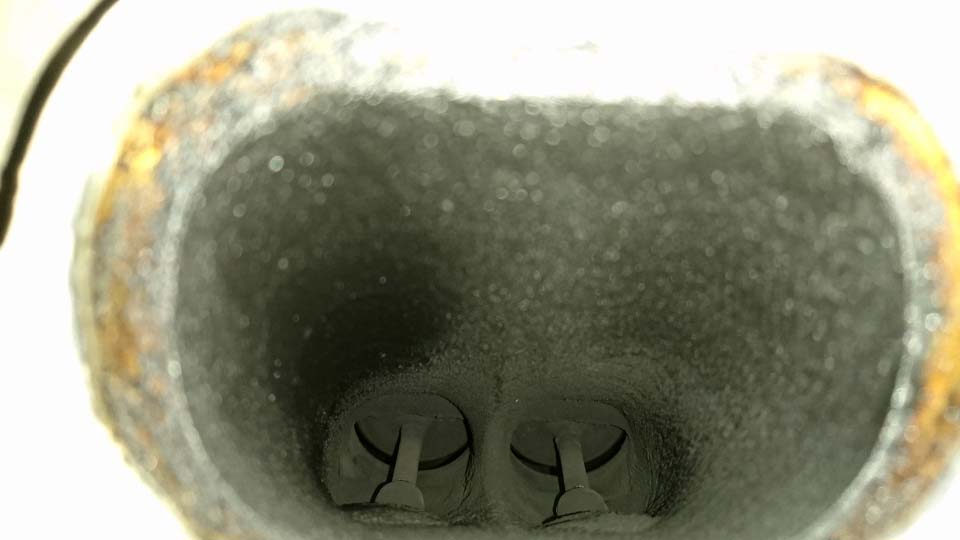 “Valve-gunk buildup is a by-product of direct-injection engines,” says John Stoian, Director of After Sales at Kia. “The extent of valve buildup varies from one vehicle to another, and can be attributed to various factors, one of which is fuel quality. Customers that fuel up at Top Tier fuel locations are much less likely to suffer from gunk buildup. Top Tier fuel suppliers are more likely to have fresh fuel that has not broken down at a molecular level, and holds beneficial detergent additives that help produce a cleaner combustion. This is why, while looking at similar engines, one unit can be “gunk free” at 80,000 km, while another requires service attention. When Top Tier gasoline is not available, it is recommended to apply a bottle of special fuel additive every 12,000 km, or at every oil change.”

This additive won’t clean existing deposits directly, but it does clean the entire fuel system, which can indirectly prevent future gunk buildup.

Stoian adds, “We believe that much of the perception of gunk buildup is overblown, because with regular maintenance and good fuel application the issue can be greatly mitigated. Valve-gunk buildup is not exempt from our Powertrain Warranty, as there are several possible factors, such as poor maintenance. We treat this issue on a case-by-case basis”.

There’s another issue, too. According to mechanic Paul Kennaley, cleaning or removing excessive valve gunk deposits in a direct-injection engine can, in some cases, cause more harm than good.

“If your direct-injected vehicle has higher mileage, cleaning the intake valves of gunk can cause pieces of hardened carbon or gunk, stuck in the intake system or onto the valves, to become dislodged – causing damage to the catalytic converter or even the turbocharger, if equipped. If your vehicle begins to display symptoms of excessive carbon deposits, have it inspected by a professional, who can determine whether or not cleaning is feasible, or if more extensive measures must be taken.”

If you’re not running a direct-injection engine in your current ride, chances are, you will in your next one. If that’s the case, be sure to bear the following three tips in mind to minimize or eliminate valve gunk buildup indirectly, before it becomes problematic. 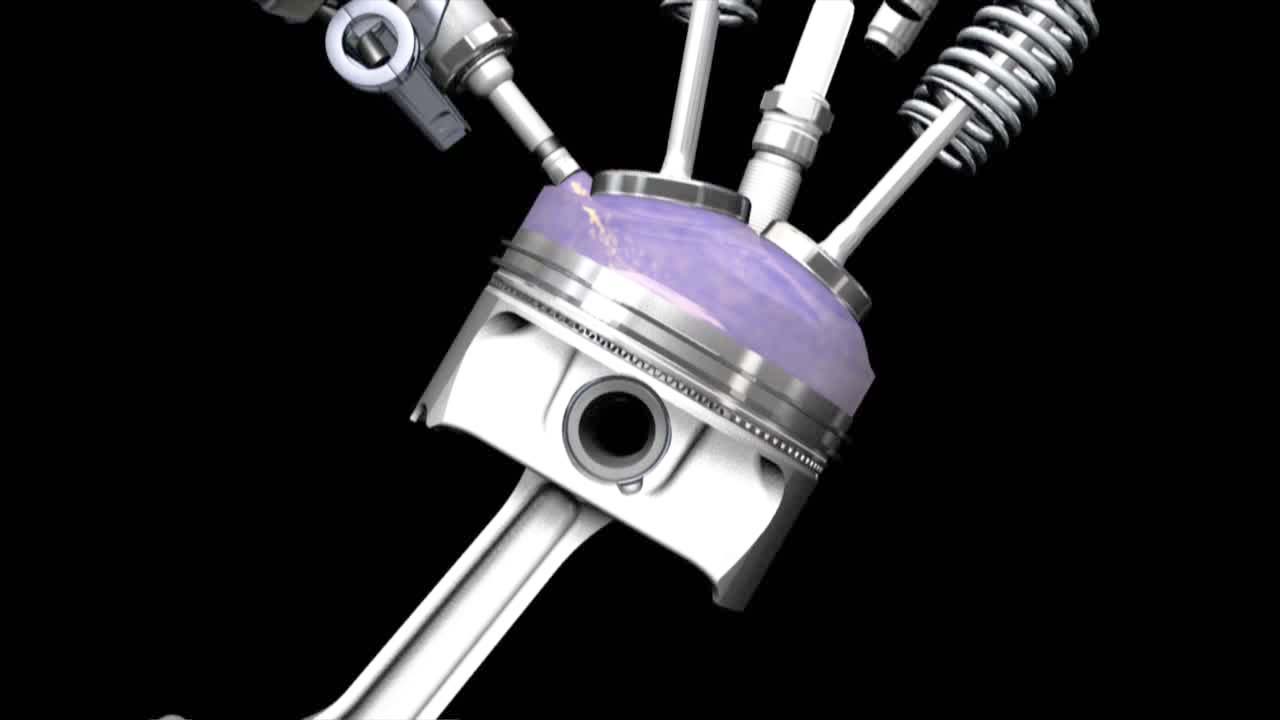 As your spark plugs wear out, the effectiveness and efficiency of the combustion process is reduced drastically. Running older plugs – especially plugs past their service life – quickly diminishes the cleanliness of the combustion process, causing your engine to generate more contaminants and soot, which indirectly contribute to valve gunk. Even slightly prolonging a spark-plug change can increase the likelihood of valve-gunk accumulation in this type of engine.

Worst of all, old plugs can strain your engine’s ignition coil packs, which cause them to overheat and become damaged. This damage results in poor sparking, which causes more sooty gunk and vapor, and can further damage the plugs – and in turn, the coil-packs. It’s a dangerous snowball effect, and a recipe for valve-gunk disaster. The solution is simple: keep those plugs fresh at all times, for maximum efficiency and minimal gunk buildup.

In a direct-injected engine, always follow the manufacturer guidelines for spark plug replacement,  and consider changing your plugs early for added peace of mind.

Top Tier fuels go above and beyond when it comes to quality, cleanliness, and formulation with higher-than-minimal levels of cleaning detergents. Not all gasolines are created equal – and though all gasoline is formulated with some amount of deposit-fighting additive, Top Tier fuels have more of it, and are designed specifically with high-performance cleaning properties that help reduce deposits, indirectly.

Top Tier gasoline is the best gasoline for your direct-injected engine, and it’s widely available across Canada at many major fuel stations, in all fuel grades. Though it can’t fight existing valve gunk in a direct-injection engine (as it’ll never touch the intake valves), its cleaning effects throughout the fuel system work to keep the precisely calibrated direct fuel injectors, and other associated components, squeaky clean. This contributes to a more consistent and clean combustion process, which in turn, keeps valve-gunk-causing deposits at bay. 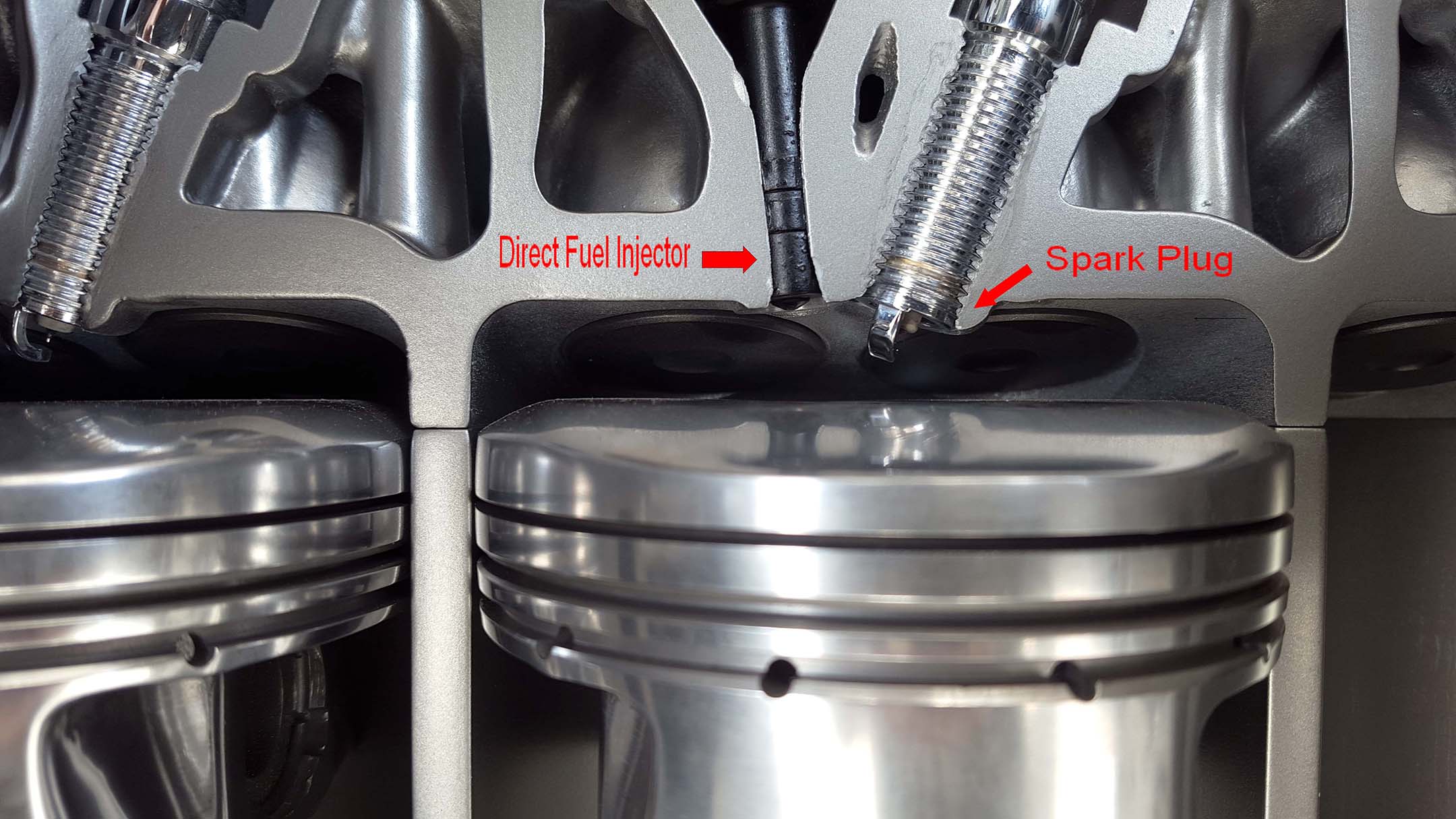 In many cases, excessive and problematic valve gunk buildup can be attributed to one of several failures to properly maintain the vehicle. Check your owner’s manual and follow the manufacturer recommendations when it comes to tune-ups, fluid changes, and all forms of maintenance. Familiarize yourself with your vehicle’s ongoing maintenance requirements, and be sure to follow them strictly. This is important in any vehicle, and even more important if that vehicle has a direct-injection engine.

When it comes to oil changes, be sure to use only the type and grade of oil specified in your ride’s owner’s manual, as it was specially chosen for an array of properties that work best with the specific type of engine you’re running. Further, consider changing your oil early – perhaps halfway between the prolonged service interval specified by your ride’s oil life system, and the commonly accepted 5,000 or 6,000 kilometre oil lifespan. This is a topic of fierce debate, but one school of thought is that today’s longer oil change intervals mean your engine spends more time with deteriorated oil inside, which creates an environment ideal for valve gunk buildup.

Don’t forget the lowly engine air filter, either. This should be checked monthly and changed at or before factory-set intervals, especially if you frequently drive in winter, or on dirt roads. Many drivers stretch air filter changes by thousands of kilometres, which is bad news for any engine – though some discussions suggest that a plugged air filter may indirectly contribute to valve gunk, too.

Finally, note that your vehicle manufacturer may specify a semi-regular intake cleaning process, where a cleaning solution is applied via a special machine to the engine’s intake system, to wipe out deposits. A special chemical is injected in the vehicle’s intake tract, not through its fuel injectors, meaning it will come in contact with intake valves for a cleaning effect. Kleen-Flo is a Canadian company specializing in automotive chemicals, and they offer an effective, multi-tiered direct-injection engine cleaning service that’s available through numerous service centres across the country.

“We offer this service at our shop,” Kennaley adds. “It’s quick and inexpensive to apply, works well, and we can do it while you’re in for an oil change. It’s great for peace of mind.”

In fact, automakers like Hyundai, who deal extensively in GDI engines, recommend such a treatment in their vehicle owner’s manuals. An official at Hyundai Canada said, “We have long been recommending the use of an additive during regularly scheduled maintenance, every 12,000 km or 12 months. This is detailed in the vehicle’s owner’s manual. If one were interested in taking supplementary measures, Top Tier gas should always be used in the vehicle and a fuel additive can be added as often as every 6,000 km or six months. We have had great success with these simple precautionary measures.”

Talk to your favourite mechanic or dealer service advisor for the scoop.