And a new trim designation.
Advertisement

And a new trim designation.

Even Lexus was surprised by the sales success of the NX compact SUV since its introduction in 2014. They want to keep those sales figures up, which means that it's time for a refresh.

So the 2018 Lexus NX is getting some styling changes and suspension upgrades, while Lexus is adding to the suite of active safety systems and even changing the name to reflect the upgrades.

The entire front-end of the NX has been refreshed. They've taken the trapezoidal spindle grille and made it even larger. The new grille dominates the front end, flanked by massive side intakes, and slim headlights. The rear is new as well, with slightly more pinched taillights and a faux diffuser under the rear bumper. It's a very bold look.

Inside, Lexus has made some slight changes to the materials used. The layout is the same, but the look is nicer. They have simplified the controls for the ventilation system, dropping the number of buttons to just four, from nearly a dozen before.

Lexus has changed nearly all of the control surfaces, adding a satin metallic finish to improve the look. The touch interface pad for the infotainment system has been enlarged, with a new hand rest that Lexus says improves wrist comfort. They have enlarged the analogue clock and added satellite control that will automatically update it with time zone changes. Other modern updates include upsizing the wireless phone charging slot and upgrading the USB ports to charge faster. The ports are moved to a better spot as well. 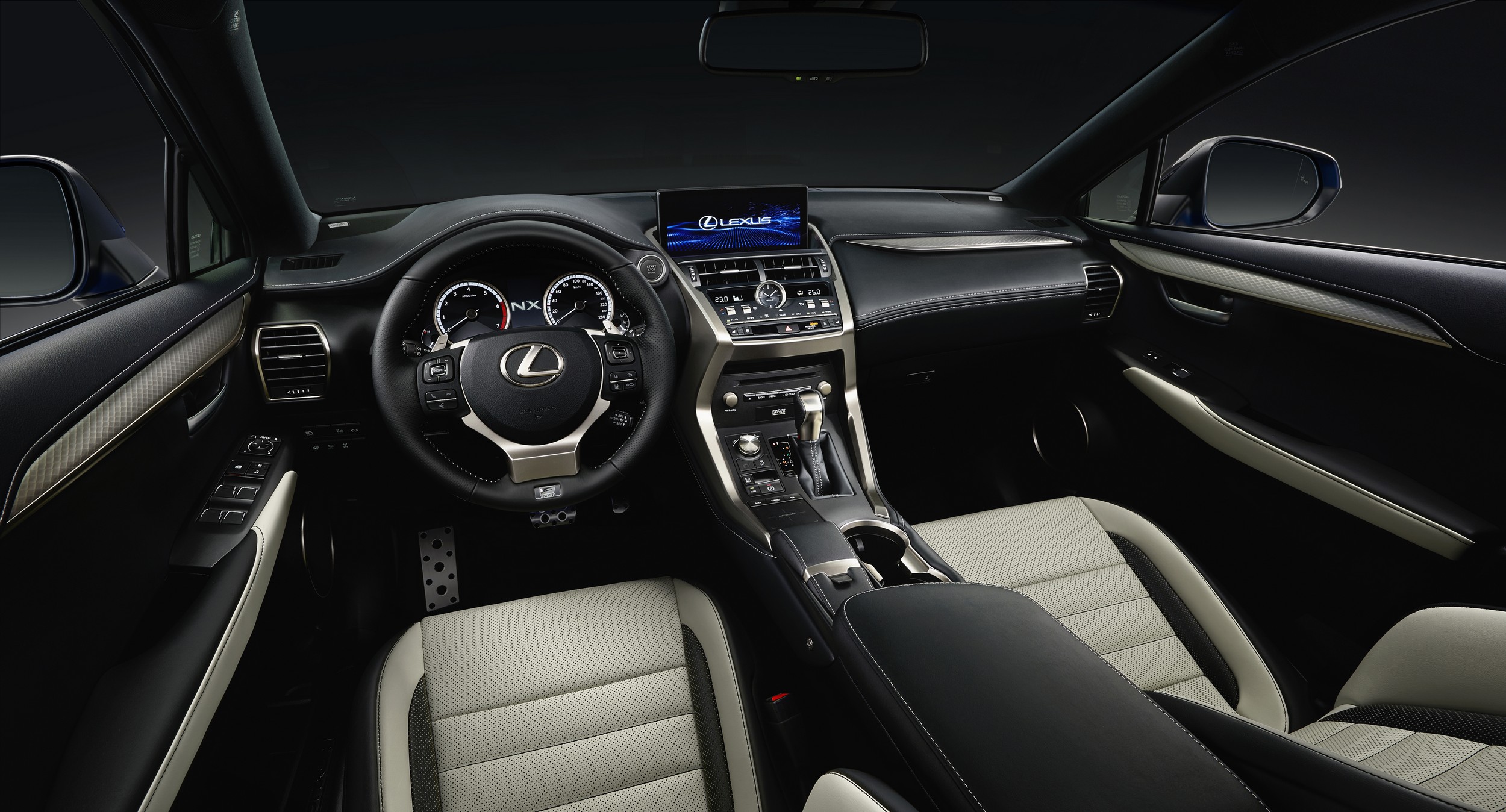 The NX 200t is now called the NX 300, but it keeps the 2.0L turbocharged four from last year. The hybrid model is the NX 300h and it has a carryover naturally aspirated 2.5L four along with a pair of electric motors. Lexus says that both get an improved exhaust note and sportier sound, although much of that will be fake noise through the Lexus Active Sound Control system.

Performance won't change, but handling will. There are new springs, sway bars, and bushings that are retuned for better turn-in response and better cornering. New dampers improve the ride quality. The adaptive suspension system gets an update from the LC 500, and it now has 650 levels of adjustment (up from 30 before) for improved ride and control. Lexus has used the new suspension settings, and added some extra sound deadening to improve noise, vibration, and harshness.

Finally, the active safety system has been updated. Lexus Safety System + is now standard on all trims of the NX and adds pre-collision detection and braking, adaptive cruise control, lane departure warnings, and automatic high beams.