Prediction: The Auto Industry in 2017 Typically, the start of a new year is a time for reflection: a chance to look back on the decisions we made in the previous year and let the lessons we learned shape our choices for the 12 months to come.

For us in the automotive media, it's also an opportunity to test our ability to read trends and predict how last year's major events will affect the car industry -- especially in Canada, where our relatively small economy is heavily influenced by what goes on in the United States.

And as much as it pains us to say it, there is no one who stands to have a stronger effect on Canada's economy than newly sworn-in US President Donald Trump. He has promised to make a lot of changes to how his country does business with its trade partners, and that will certainly influence the profitability of car manufacturers and parts suppliers in Canada -- particularly in industry-rich southern Ontario.

But a Trump presidency isn't the only factor in play. Read on for our predictions for how things will change for Canada's auto industry, and Canadian drivers, in 2017 and beyond. 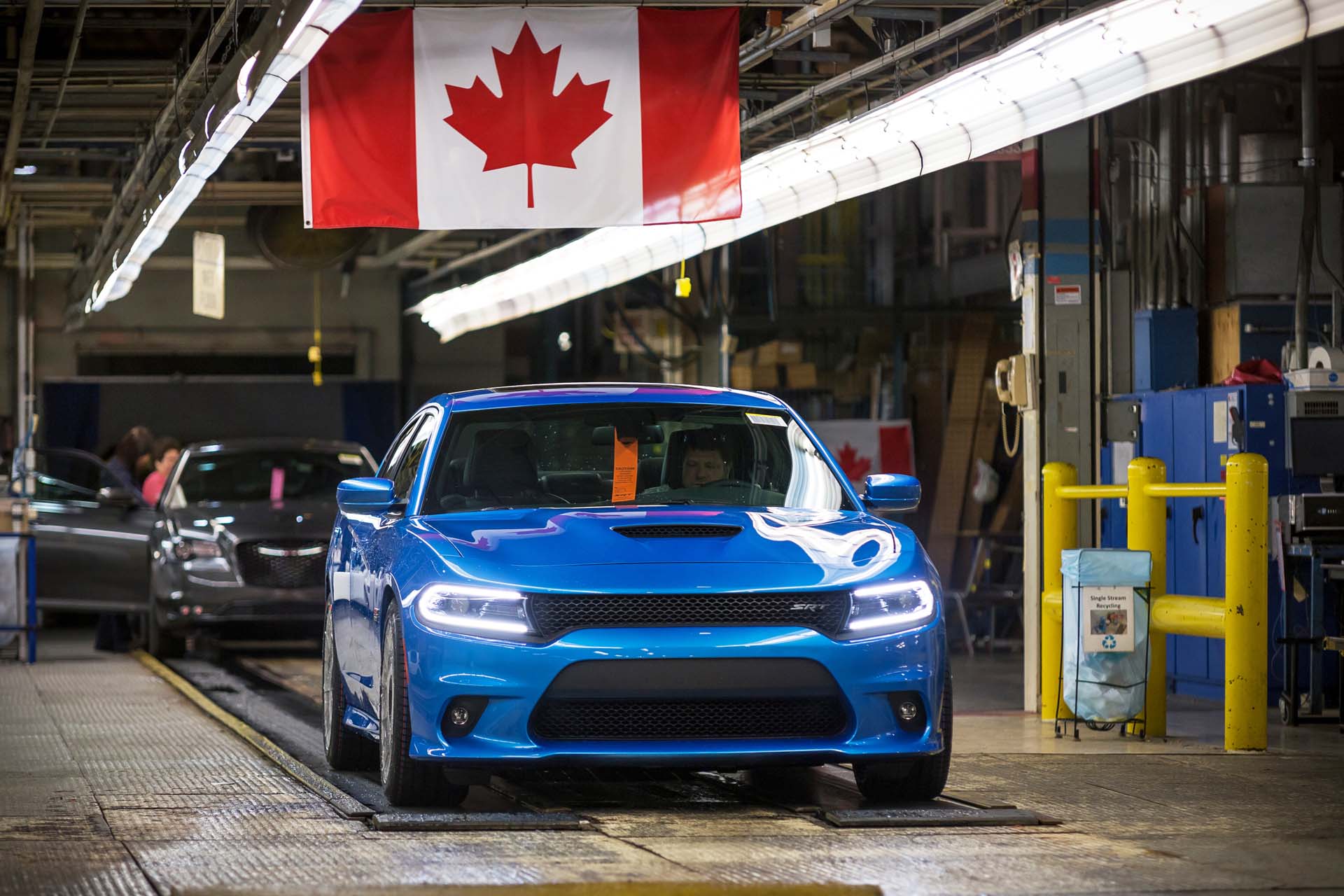 There's a lot of uncertainty in the Canadian auto industry thanks to Trump's election, but whatever policy decisions he makes, they won't have much immediate effect before the end of this year.

That's partly because blowing up international trade deals and drawing up new ones takes time. The situation will also be helped by the fact that Unifor, the union that represents workers at Canadian factories owned by Fiat Chrysler Automobiles, Ford and General Motors recently signed deals with all three automakers that are good until 2020, deals that include commitments to investments in those factories and the people who work in them.

That's a key point made in a Conference Board of Canada 2017 auto industry outlook, which points out that nine of 10 cars built in Canada are sold in the US. But a few paragraphs later, the Board says its analysis assumes that "NAFTA will remain in place through the medium term." Trump has plainly said he plans to rip up that document, but most signs point to the new president looking to negotiate a new deal with Canada that would effectively maintain the current trade relationship between the two countries, at least as far as the automotive sector is concerned.

Trump aside, the overall outlook for Canada's manufacturing sector isn't great for 2017 and beyond: the Conference Board predicts Canadian vehicle production will drop by 10 percent this year, and won't even recover half of that decline by the time 2020 rolls around. Canada's vehicle-parts manufacturing sector will also drop a few percentage points by the end of this year -- a number that would be worse were it not for an expected increase in US-based vehicle sales and manufacturing that will depend on parts made in our country.

Canada's recently-announced carbon pricing program, which will impose a nationwide price of $50 per tonne of carbon emissions by 2022, will affect the country's auto manufacturing sector as well. Car manufacturers' own production facilities probably won't incur much extra cost, as these big factories often incorporate advanced technology to cut emissions. But smaller factories run by suppliers who make parts for cars likely won't have invested as much into scrubbing their emissions, meaning the carbon tax could drive up their costs and encourage them to move their operations south of the border. And suppliers looking to open new factories will choose to set up shop in the US, where Trump's more lenient environmental leanings will make compliance less expensive. 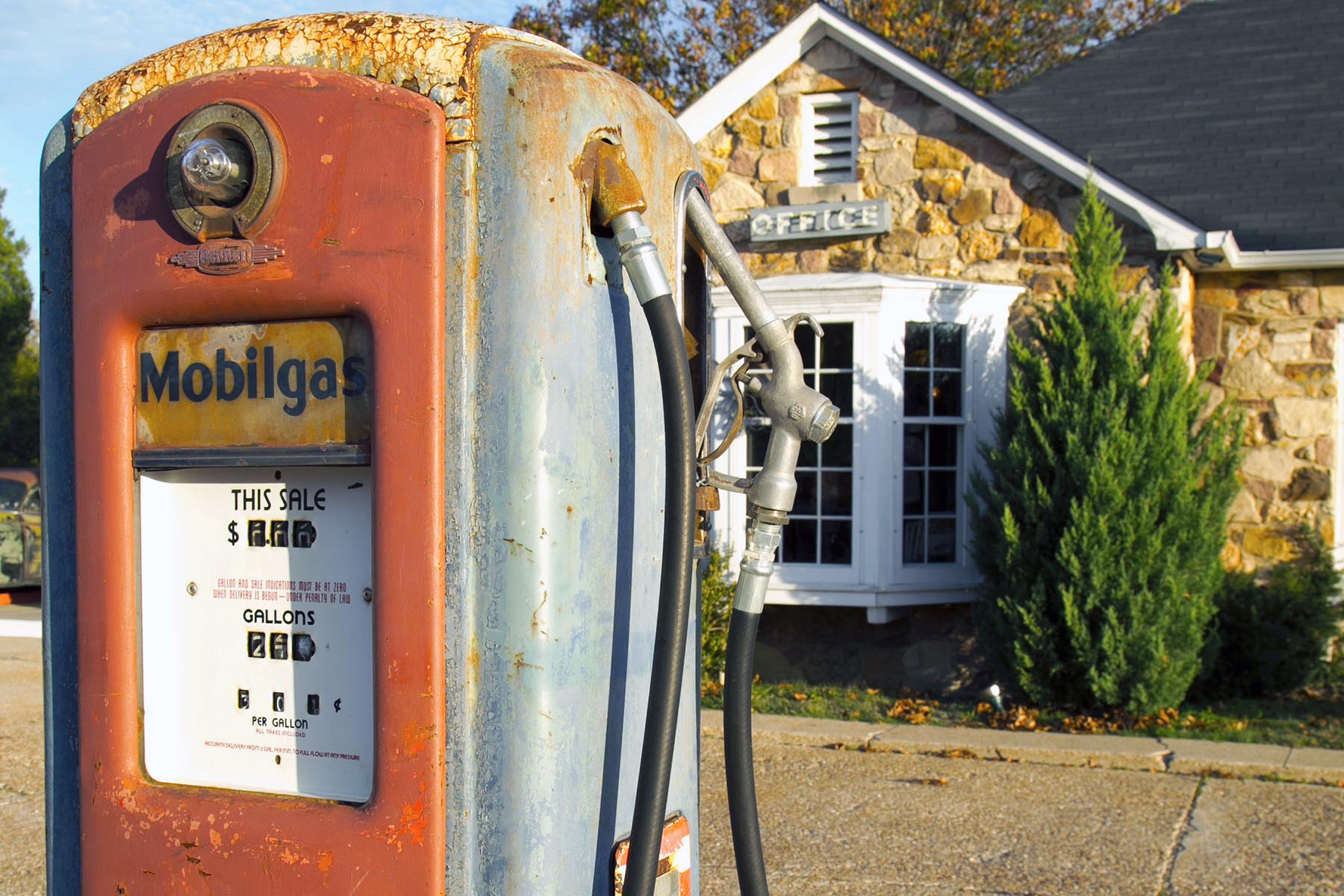 The global trend that's going to make gasoline notably more expensive nationwide in 2017 is a planned cut in the supply of oil by the Organization of Oil Producing Countries, or OPEC.

Experts differ on the extent of the effect that change will have, but there's little doubt we'll see gasoline, and probably diesel, get more expensive as we move through 2017. Working in favour of consumers is the fact that the OPEC move is aimed more at reducing inventories than raising prices, but in our minds (and often at the pumps), one naturally follows the other.

Like Canada's manufacturing prospects, the direction oil prices take in 2017 will depend to some extent on what Donald Trump does. Some market watchers say he'll try to move away from importing oil (although Trump's support of the Keystone XL pipeline means the US will likely get at least some from Canada). But looser US fuel economy rules could spur sales of larger, less-efficient vehicles and create more demand for gasoline in his country, which could have a knock-on effect globally.

Canada's carbon pricing plan is already having a significant and visible effect on gas prices. Look for gas to get more expensive as provinces get on board with the federal government's carbon-pricing plan. Ontario and Alberta drivers saw the results of that on Jan. 1, when those provinces' carbon schemes went into effect and added 4.3 and 4.5 cents, respectively, to the cost of a litre of regular. Quebec and B.C. already had carbon taxes in place, which add between six and seven cents to gasoline costs there. Drivers in the rest of the country will be looking at pricier gasoline at the start of next year: that's when the feds say every province and territory must be on board the carbon-pricing bandwagon.

With luck, gas prices won't reach 2014's record national average of $1.41/L, but you can count on it costing more to drive your car this year. 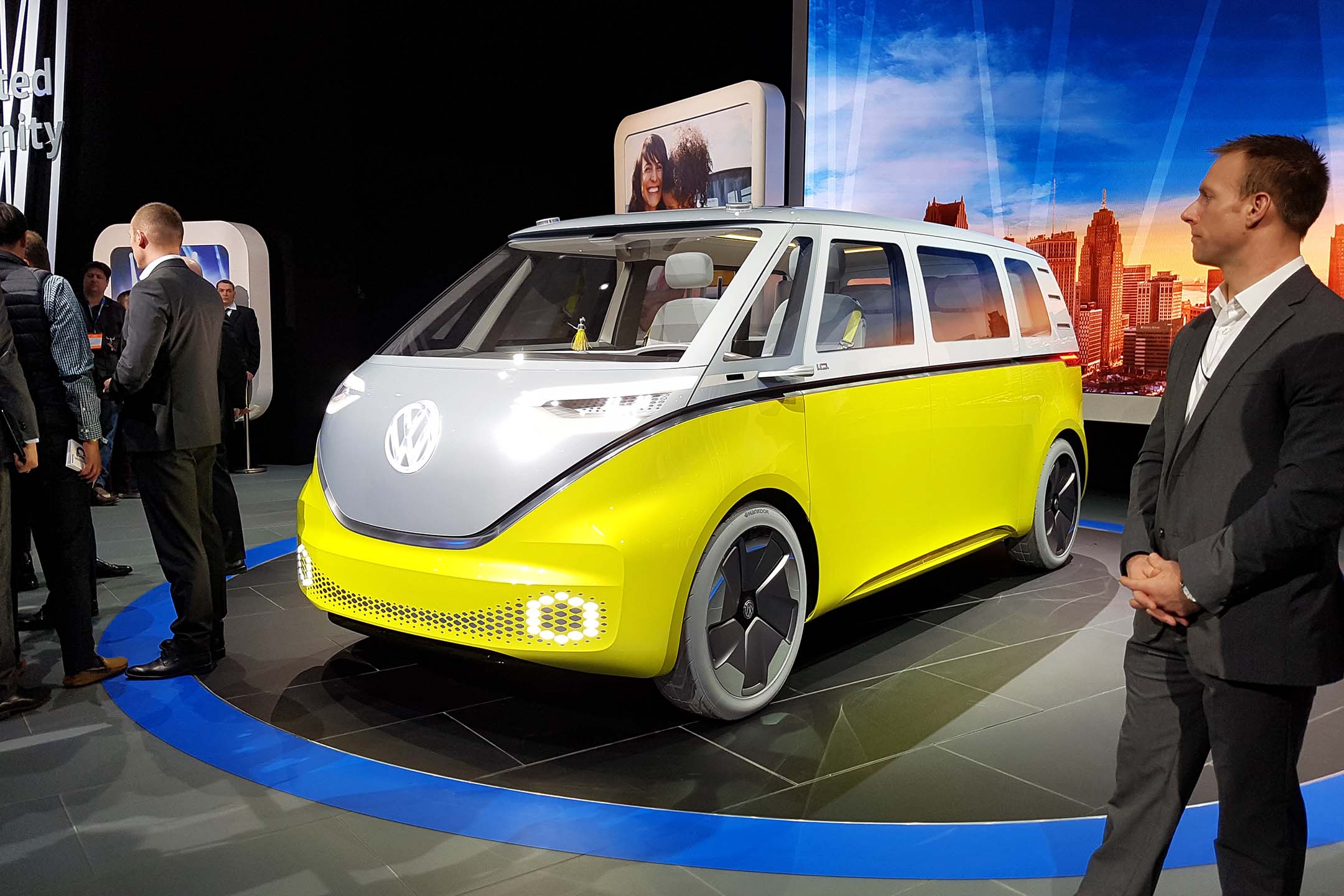 Trump's influence will be reflected in the future vehicles that manufacturers put their R&D dollars into, particularly in terms of what's under the hood. Trump will dial back corporate average fuel economy regulations that encourage the development of fuel-efficient and low- or zero-emission models -- like electric vehicles -- to balance out the thirstier crossovers and SUVs favoured by many car buyers at the moment.

It's easy to say this will mean the flood of new electrified vehicles being revealed at auto shows will abate as a result of Trump's changes, but here's the thing: long product and technology development cycles mean the cars being revealed on this year's show circuit have been years in the making. It would be a financial nightmare to cancel a brand-new electric vehicle just because the US administration rolls back economy and emissions targets.

And regardless of what Trump thinks is best for America this week, there are numerous other car markets where low-emission vehicles are in demand, like China and Europe. As long as automakers are building plug-in hybrids and EVs for those markets, they'll bring at least some of them to North America, so don't expect them to disappear. In fact, don't expect the US' redrawn environmental policies to have much effect on EV development at all: this burgeoning sector of the new car marketplace has built up too much momentum to be stopped in a four-year term.

Autonomy and the insurance business 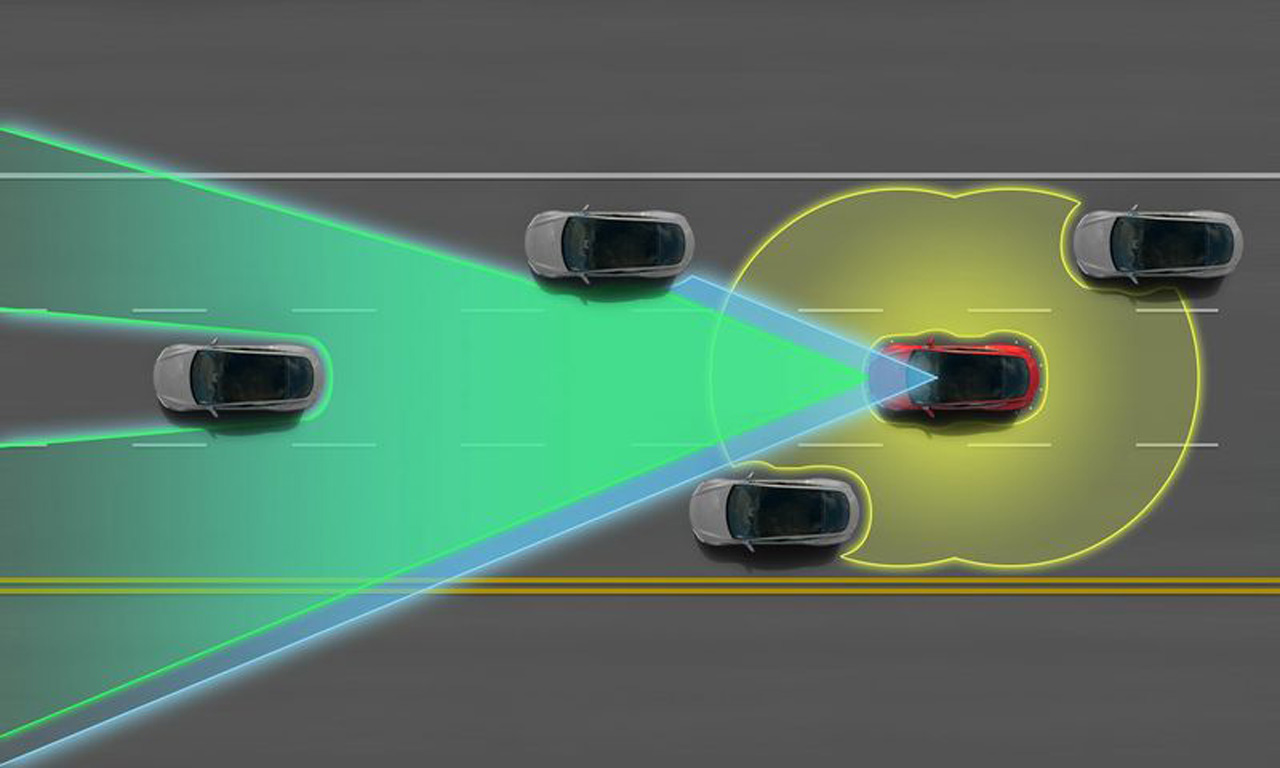 Autonomous vehicles are a hot topic right now, as drivers and the media struggle to figure out what self-driving technology will mean for the future of transportation. But while cars that actually drive themselves are a while off, right now there are many cars with semi-autonomous functions marketed as active safety features and driver's aids. Insurance company Aviva Canada was the first to market with a policy discount of 15 percent for drivers who choose a vehicle with automatic emergency braking, a collision avoidance feature. Expect more insurance companies to follow with similar discounts, and offer deals for cars with other safety features, like blind-spot monitoring and lane-keeping assist, as these systems can help reduce collision claims, which translates to lower premiums.

And because people will have no choice but to remain in control of their cars for at least the next few years, expect more insurance companies to offer good-driving discounts based on data collected through telematics devices. Some current telematics programs use a device plugged into a car's diagnostics port, but others have moved to smartphone apps, making them even more user-friendly. Regardless of the means by which data about acceleration, braking and cornering are collected, a more laid-back, attentive driver will pay less for insurance than one who drives more aggressively. People may get up in arms about anything that presents a potential invasion of privacy, but the financial incentive of telematics-based premiums will overcome that concern for many drivers.

Big change doesn't happen overnight, even in an industry as renowned for major shifts as the automotive sector. And much of what will happen in 2017 depends on US politics and whether a president known for big talk can follow through on his promises. All we know for sure is that, for better or worse, 2017 is going to be an interesting year.