To stud or not to stud?
Advertisement

To stud or not to stud?

Based strictly on observation, I’d say that Winnipeggers are finally embracing winter tires as an essential piece of equipment for getting through our prairie winters. And there are numbers to back that impression up: a recent survey commissioned by the Tire and Rubber Association of Canada (TRAC) found that winter tire usage in Manitoba/Saskatchewan is up to 50 percent, up 11 points from 2014.

That’s good news, since winter tires are the only proper footwear for your vehicle through the winter. But there’s still work to do: the national average (outside of Quebec) is at 61 percent. Quebec is the only province that requires the use of winter tires. Their use is discretionary in the rest of the country, and studded tires are allowed everywhere except southern Ontario.

In Manitoba, there’s no doubt the financing program offered by Manitoba Public Insurance is playing a role in increased usage; since 2014, drivers have been allowed to finance the costs of winter tires with monthly payments that are added to their insurance bills.

I’ve personally been using winter tires since 1996, and reviewing them since 2001. But except for the occasional press vehicle so equipped, I had not spent any time trying out studded tires until earlier this year, when Nokian invited me to their “White Hell” test facility in northern Finland.

I came away from the Finland experience wanting to spend more time with studded tires, to answer a very specific question: I know studded tires provide superior grip on icy surfaces, but are they the right choice for Manitobans wanting to maximize their traction in winter? 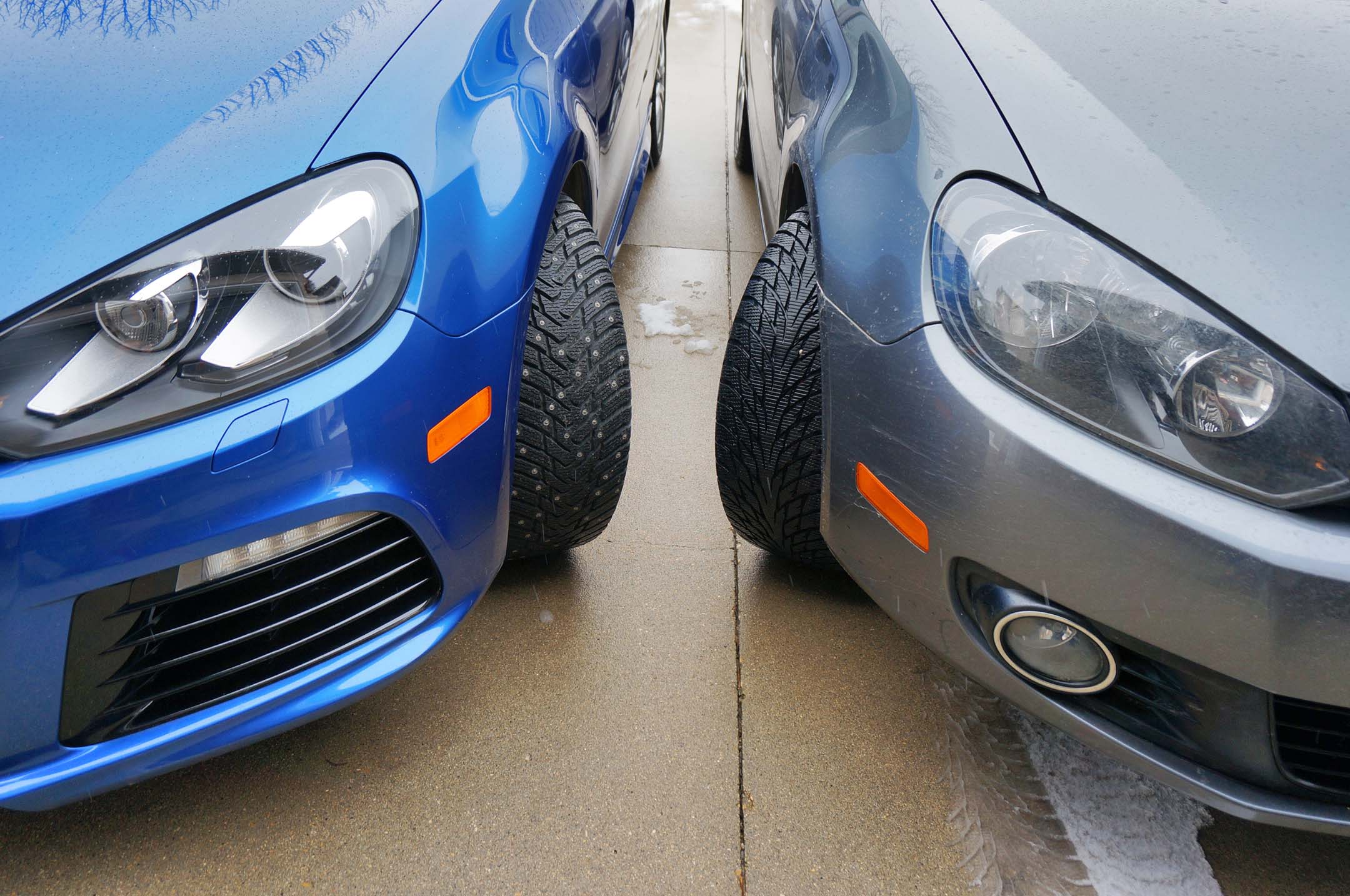 Nokian was willing to help me find the answer, so I requested a set of studded Hakkapeliitta 8 tires and a set of studless Hakkapeliitta R2 tires for installation on the two Volkswagen Golfs in our garage. While the cars are both Golfs, one is a front-drive wagon, while the other is an all-wheel-drive hatchback. Both have manual gearboxes. The plan, then, is to compare the studded and studless tires with the two different drivetrains.

I had the tires installed on both cars in late October. Studded on the AWD Golf R, and studless on the FWD TDI wagon. And come February, I’ll be swapping them so the front-driver will get the studs.

The R2 brings the company’s state-of-the-art studless technology to cars and crossovers. There are three main features of winter tires: a rubber compound that stays flexible in cold weather, a tread pattern that evacuates snow and slush, and siping, or slits, in the tread to allow flexibility in the tread blocks.

The rubber compound in the R2 includes hard granular particles that are evenly distributed through the tread for added bite on hard snow and ice. The sides of the tread blocks are serrated for added grip in deep snow, and the sipes have tiny reservoirs to store water and reduce the film of water that forms between a tire and the ice surface.

The “Hakka 8” studded tire was introduced last year, boasting 50 percent more studs than its predecessor. European regulations cap the number of allowable studs on tires to limit road wear. Nokian has developed a stud system that has less impact on the road than traditional studs, allowing the Hakka 8s to have more of them. They’ve also increased the number of tread blocks, which means more biting edges for gripping a slippery surface. 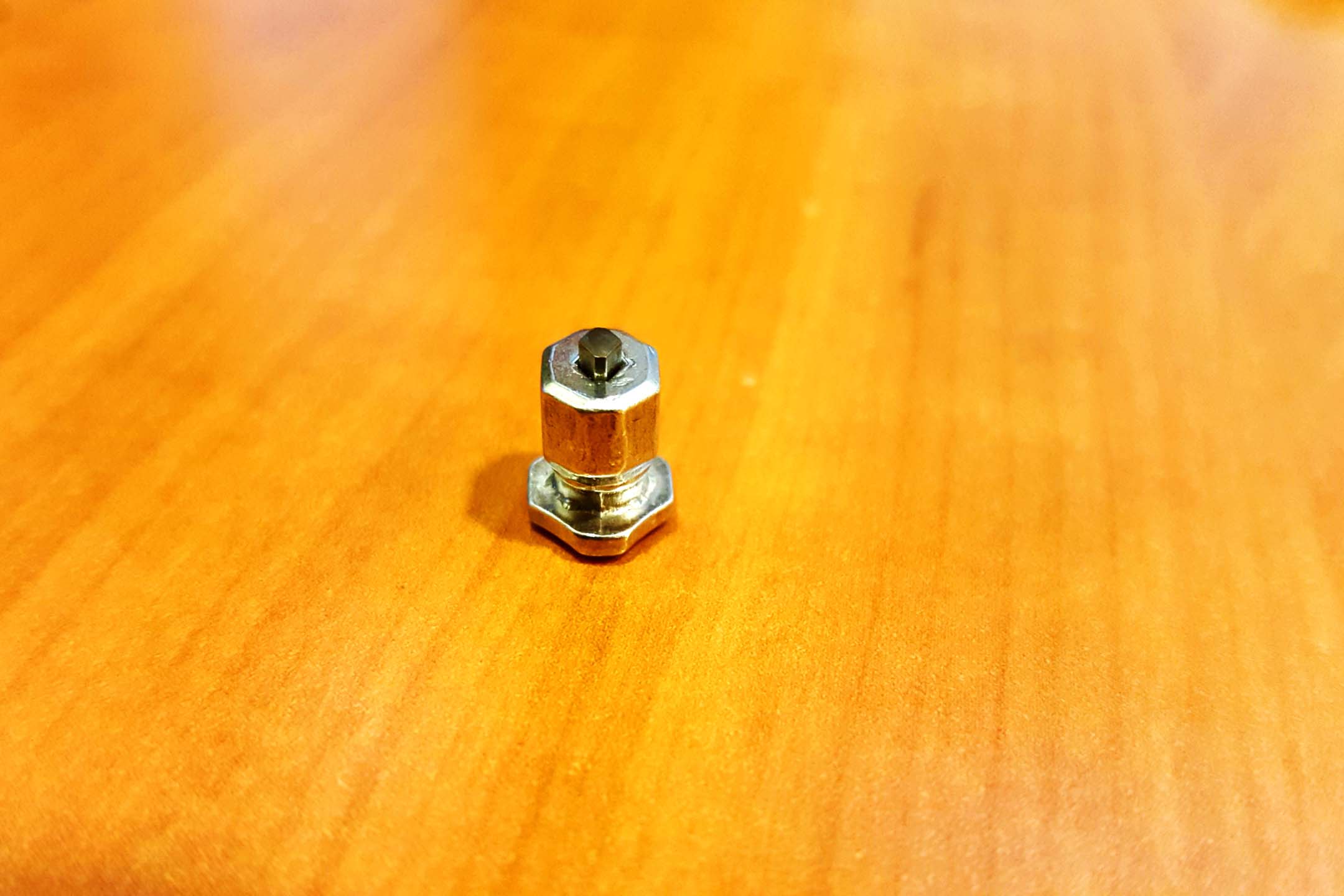 I was all set to have this introductory piece published a couple of weeks ago, but the snow decided to stay away for the most part. Until December 5th, that is, when Winnipeg was the lucky recipient of at least 20 cm of snow, followed by truly frigid temps. Welcome to Winterpeg: better late than never.

For the first month-and-a-bit, I drove both cars on dry pavement in mild (around zero degrees Celsius) weather. The first thing I do with a new winter tire is push my thumb into the tread to see how much give it has. Seems simple, but I’ve found it to be a pretty solid indicator of how grippy the tire will be in winter conditions. The squishier, the better. To a limit, of course. Because squishier tires mean messier handling.

Predictably, the studless tires added a fair amount of mush to the Golf’s handling repertoire. Dynamic response to driver inputs is notably more remote than with the factory all-seasons. But noise is kept at bay on dry pavement. I don’t mind the car’s softer handling characteristics with these tires; I’ve driven on more performance-oriented winter tires before, and there is always a cost to pay in terms of snow and ice grip. The R2s, then, provide the right balance.

When I first left the Kal Tire lot with studded tires on my Golf R, I was a bit shocked with the noise level on dry pavement. The Hakka 8s are promoted as being quiet for studded tires, but expectations need to be kept in check. At low speeds, with the windows down, there’s a satisfying clatter as the studs hit the pavement. After that, a steady hum crescendos with increasing speed; at 80 km/h there’s a bit of a resonance that booms inside the car. More than I expected, but what remained to be seen is whether the noise of the studded tires is a small price to pay for the added grip on icy surfaces. 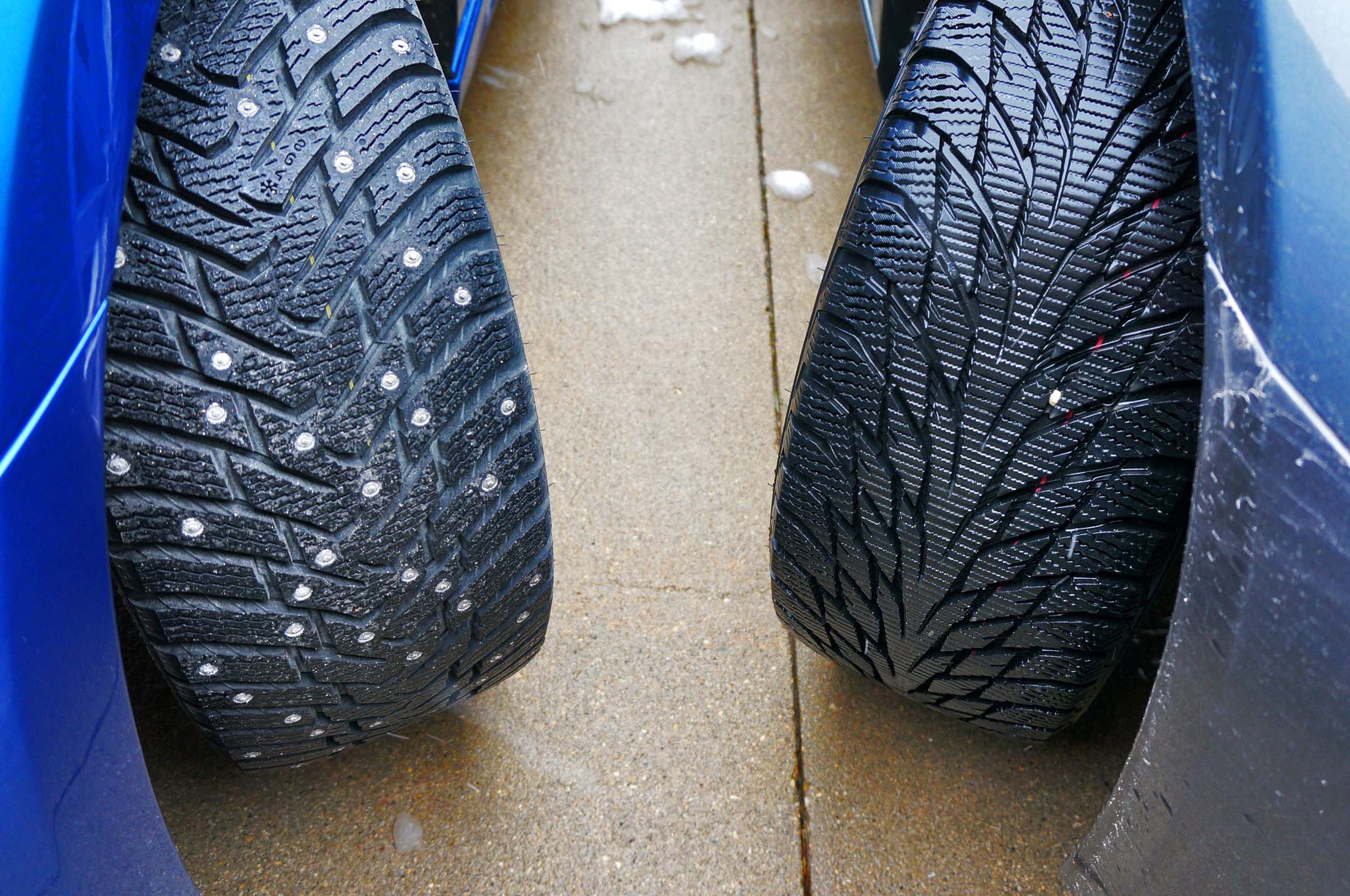 And then, the snow came. Keep in mind that this is but a snapshot of winter conditions so far, and we’ll be providing an update later in the season with more performance impressions.

All I can say at this point is that my Golf R with studded tires on eight inches of fresh powder is an absolute blast to drive. And as the snow became packed down and the intersections glazed over, the studs could be felt scratching the surface for added grip. In short, the car felt unstoppable. Unless, of course, I was trying to stop, in which case the tires allowed me to do that too.

Not surprisingly, the front-drive Golf wagon with its studless tires wasn’t quite the carnival ride in comparison, but at least getting stuck wasn’t a concern, even with the fresh snow that challenged the car’s ground clearance. These tires dig down and churn through the snow to keep things moving.

With both cars, I found it beneficial to turn off the traction control (VW allows this to be done without disabling the stability control that will step in when things go sideways), since some amount of wheelspin is often beneficial when trudging through deep snow.

After two days, the streets were all plowed, and now we’re back to driving on frozen pavement. By the end of the season, I hope to encounter a range of winter conditions to help determine which tire type is more suitable for our climate, and whether the car’s drivetrain might influence that decision.

See more
A lifelong car nut, Haney Louka has been a journalist member of AJAC since 2001. He is a professional engineer and has been on AJAC’s Technology of the Year panel since 2010.
Advertisement