From Race Cars to Road Cars in LA Automaker involvement in motorsport is such a delicate dance.

A vast number of strings are being pulled at any given time while decisions are being made about where in racing to invest time, effort, and the necessary bundles upon bundles of cash. Part of it is driven by consumer interest. Naturally, if there’s a series or a formula being watched by every race fan and their dog, then manufacturers will typically scramble to be a part of it. But increasingly, venues in which a brand can stand out are climbing in relevance for the decision-makers.

This latter point is why sports car racing dominated every other form of motorsport for attention at this year’s Los Angeles Auto Show.

The stories that came out of LA for sports car racing were massive.

Mazda uncovered its RT24-P prototype car, becoming the first manufacturer to show its entry into IMSA’s new top-tier DPi class beginning in 2017. Since the point of the new class is to allow brands some distinction and some limited development on their cars while keeping them able to homologate to international LMP2 standards, the immense reception this unveil received – both with Mazda and the motoring press – is a Big Deal. 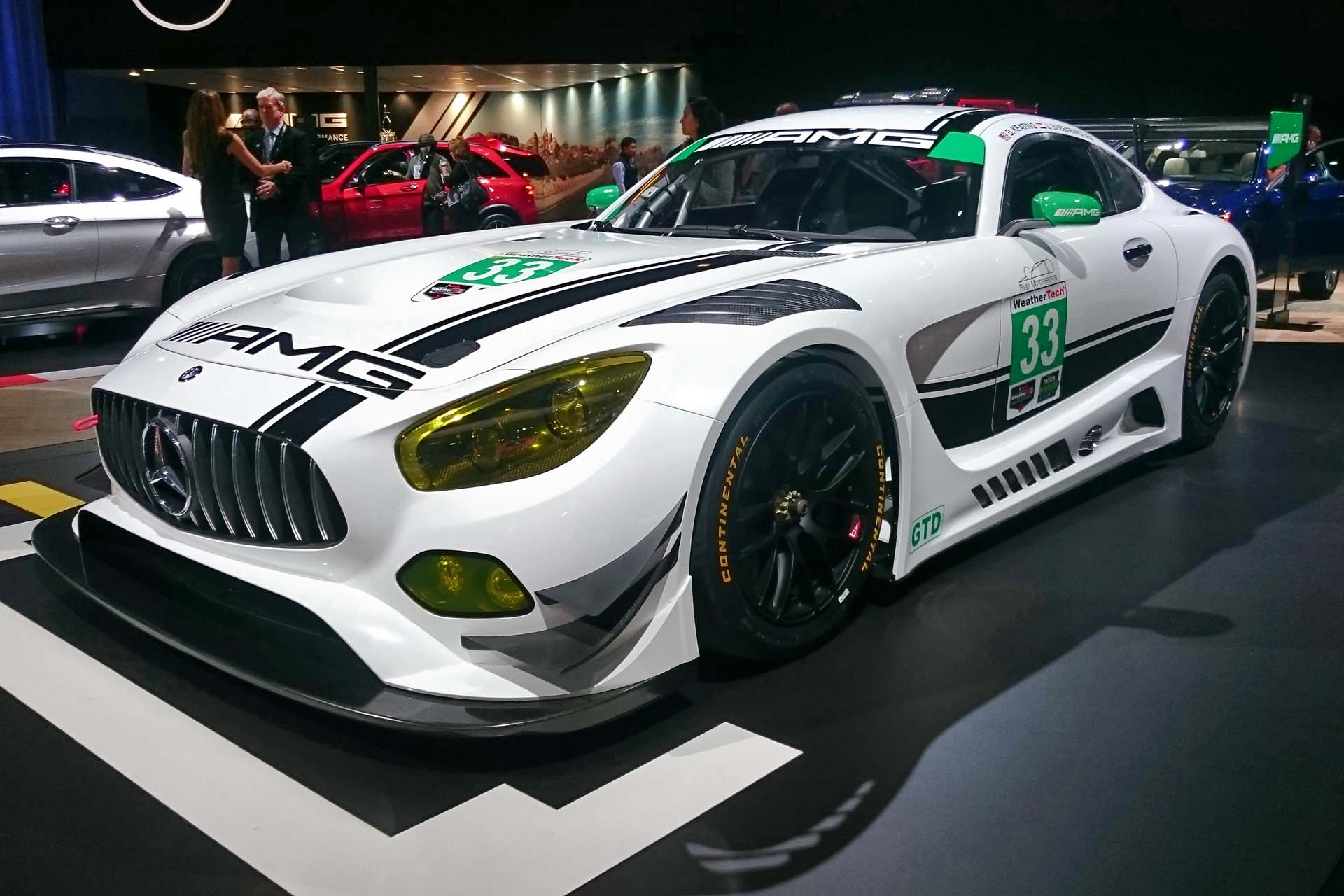 And scattered with prominence elsewhere across the show floor were the Mercedes-AMG GT3, which the marque will support via IMSA GTD-class customer programs and in Pirelli World Challenge next season; the loudly touted and soon-to-debut Acura NSX GT3; and a gorgeously race-weary Ford GT, among others.

These are important enough stories on their own, but they’re made even more so by the increasingly conspicuous absence of other forms of motorsport.

Setting Formula 1 aside – automakers rarely talk to consumers about F1 via auto shows in North America – the other key styles of racing to look for on the LA floor were NASCAR and IndyCar.

In NASCAR, I found only one mention: the same Kyle Busch championship show car that Toyota has been making the rounds with since last year’s Detroit auto show. And it has undoubtedly seen its last show, since Jimmie Johnson just won his seventh NASCAR Sprint Cup Series title. Whether Chevrolet will pick up the torch here remains to be seen, but the Bowtie has historically been reliable about touting its motorsport successes, so we’ll see what they bring with them to NAIAS in January.

However, being that NASCAR still hasn’t announced a new title sponsor to replace Sprint in its premier championship, which departed as of the end of this season, TV audiences and attendance figures have been trending downward; and with manufacturers not talking to consumers about their NASCAR involvement – aside from winning the whole deal – there seems to be a fair bit worth worrying about here.

On the other hand, it could easily be argued that NASCAR fans aren’t the sort to go to auto shows and the people who do visit them aren’t likely to be won over by NASCAR show cars, and I’d buy that. But by making that argument, you’re basically saying that a Sprint Cup car isn’t sexy enough to draw attention in a room full of modern automobiles. Hold that thought. 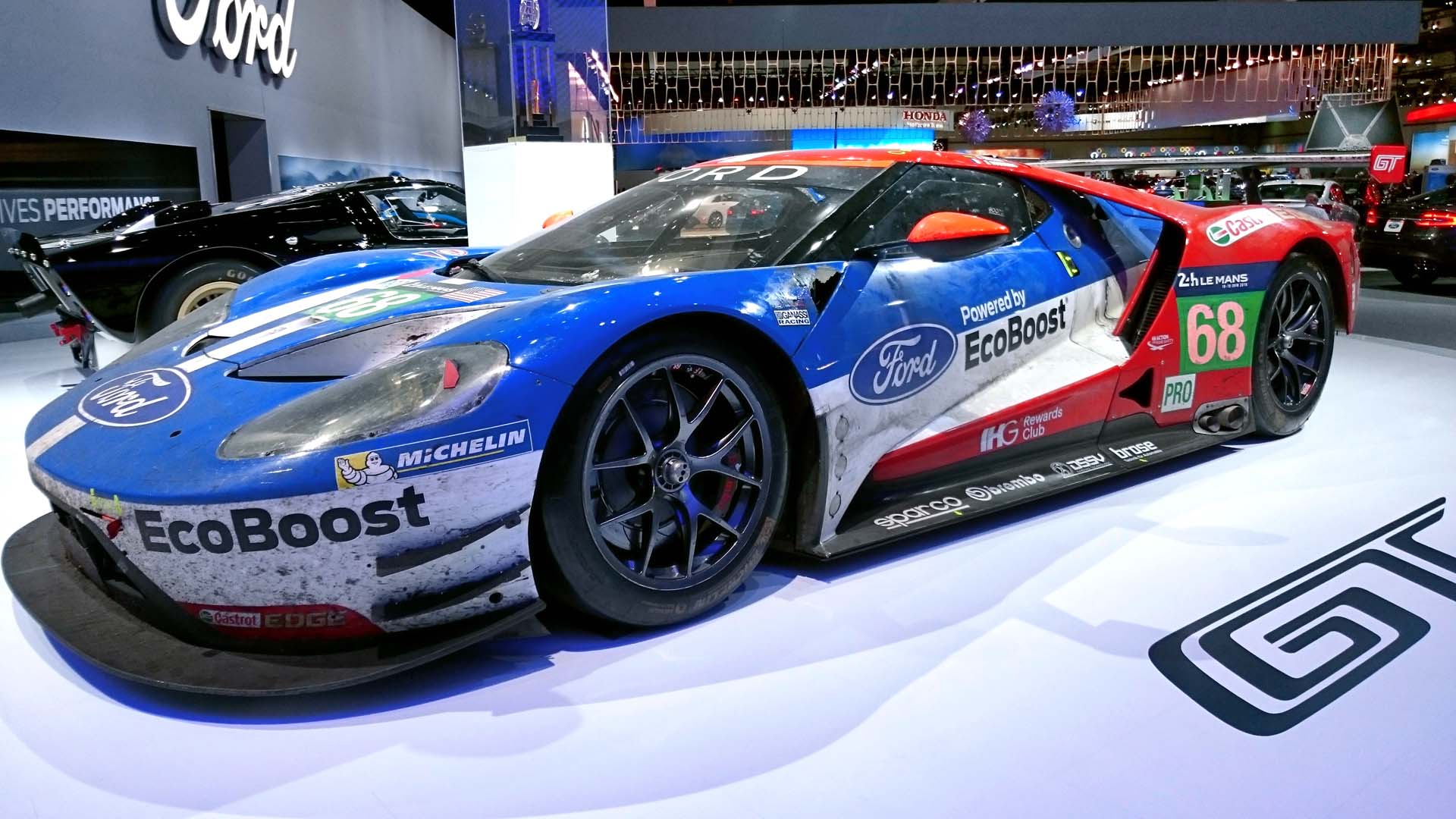 The IndyCar perspective is one that fascinates me. There are only two manufacturers participating in the Verizon IndyCar Series right now: Chevrolet and Honda. (A third has been rumoured for what seems like forever as the series continues to take steps to attract interest, but nothing has come of it yet.)

So, here’s what’s interesting: Chevrolet outsources much of its IndyCar development to Ilmor Engineering in the UK, and yet they’ve been quite pleased to toot their own horns over Indianapolis 500 wins and championships in recent years (as is a right they’ve paid big money for).

But this year in the 100th Indianapolis 500 – by far the biggest and most important event IndyCar has held for decades, arguably ever – Honda was the make that won it, with an American rookie, Alexander Rossi, at the wheel.

And yet unless I missed it (which I admit is entirely possible, although I specifically went to the Honda exhibit looking for it), here in downtown Los Angeles – down the street from American Honda’s headquarters in Torrance and Honda Performance Development’s headquarters in Santa Clarita, the latter subsidiary being entirely responsible for Honda’s IndyCar program from R&D to implementation – this achievement didn’t merit so much as a mention.

I tell you all of that to tell you this: as hard as it may be for some people to admit, racing involvement at a manufacturer level is these days far more a marketing exercise than an R&D undertaking. People look at motorsport today and like to believe that there’s still lots of tech transfer going on like there was in decades past. But if you actually go looking for it, while little things crop up from time to time in safety or part endurance, automakers have by and large learned what there is to be learned about making cars go faster by putting them on racetracks.

So, what reason is left for marques to take part in racing? It’s that single overriding principle that has never gone away: win on Sunday, sell on Monday. And in motorsport’s current climate, sports car racing is in the best position to capture that attention. 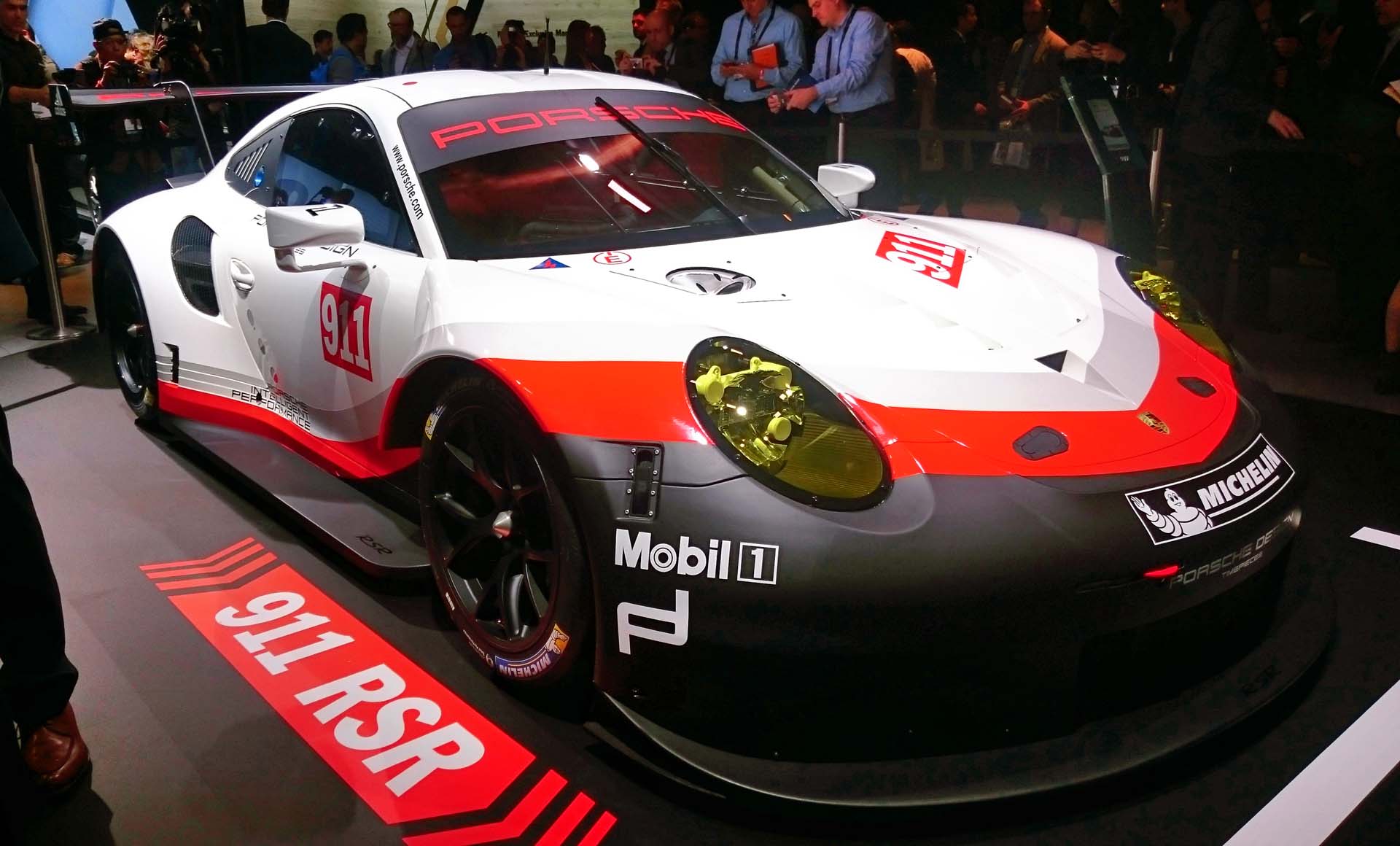 It’s got not only the sexiest cars and the broadest cross-section of competition to win against, which makes victory far sweeter to brag about, but its cars also look the most like the products in dealer showrooms. As long as big block, 1,000 horsepower monsters continue to fade (i.e. be legislated) away and efficient performance rises to prominence, sports car racing is doing the best job of telling consumers the stories that the manufacturers want told.

Is Porsche likely to have a mid-engine 911 in dealerships any time soon? Not a chance. But if the new 911 RSR ends up being a Corvette- and Fort GT-killer and brings home buckets full of trophies, you’d better believe they’re going to let everyone know about it. And yes, despite the technical incongruity, doing so could very well equate to higher 911 sales. After all, everyone wants to drive a winner.

That’s why sports cars are the only form of racing that has manufacturer investments trending upward. If the rest of the motorsport world wants to retain their slices of the pie, they would do well to take a very hard, very long look at the factors driving that success.