As I drove to work this morning in -2 with light snow falling across the Greater Toronto Area I couldn't help but remember all the people who tell me year in year out, that they don't need "snow tires".

And they're right. They don't need "snow tires" - they need winter tires. It's not only the snow that makes driving in the cold difficult and dangerous it's the temperature.

Tires are made of rubber. Mostly. And the mix of rubber used in most tires works only with a certain amount of warmth, generally seven degrees or more of temperature. Below that point, grip diminishes - rapidly. So you need winter tires.

I've personally done back to back winter vs all-season tire testing on numerous occasions, each time recording a dramatic decrease in stopping distances, an improvement in acceleration and a marked improvement in road-holding while cornering. Sure, you could drive around all winter with care and attention and maybe not skid on the ice-cold ground into a fence - but what happens the first time someone skates through their stop sign into your lane? Or spins out on the off-ramp right in front of you? When you hit that brake pedal you'd better hope your tires can handle the job you're asking them to do - and if they're not rated for the cold they probably won't. 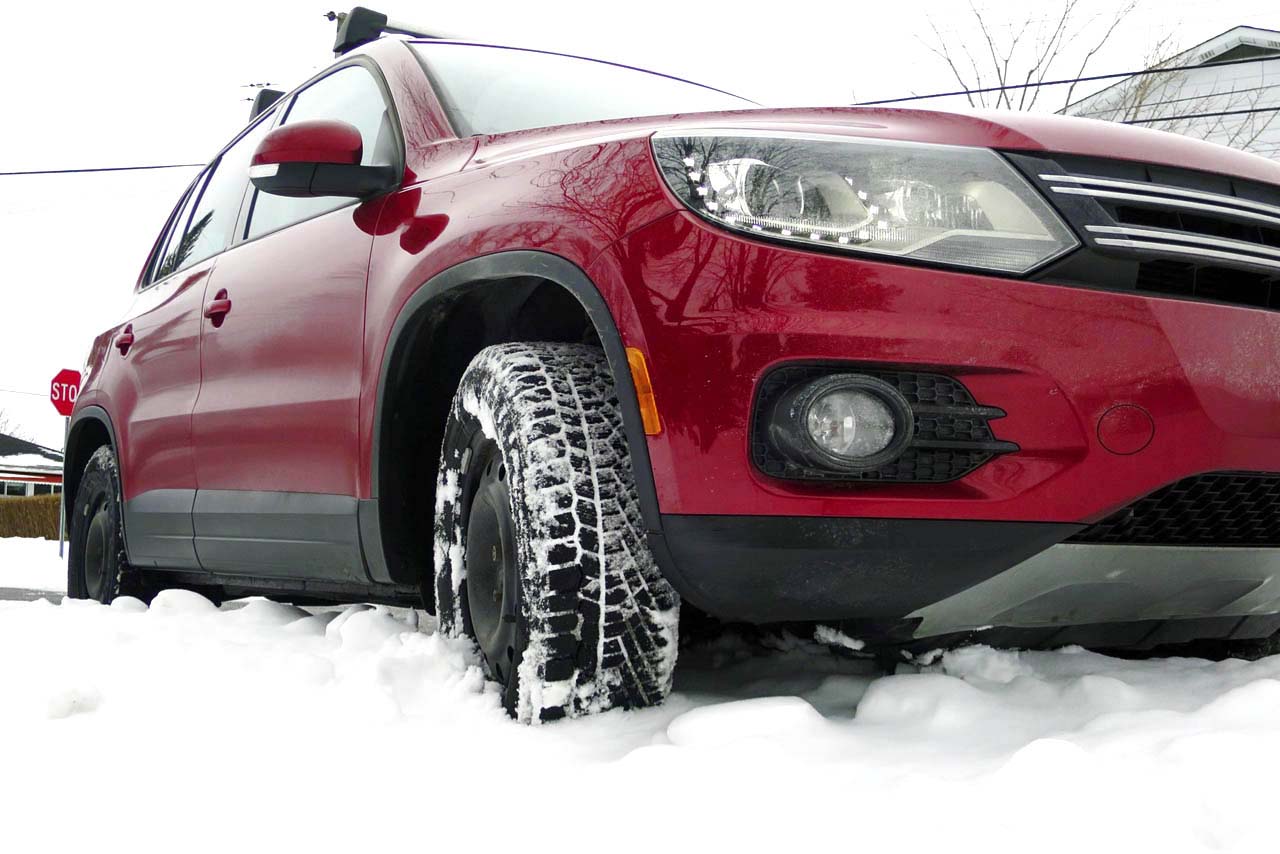 Every winter the first snow fall slows traffic to a crawl and sends tow-trucks into a feeding frenzy and it's all preventable. Put on snow tires as soon as the forecast calls for sub-seven degree days in the near future and you won't be caught out.

Google "steep driveway winter" and check out the difference in cars parked (parked!) with winter tires vs summers. With just a moderately steep driveway winter tires are often the difference between your car being where you left it, and being at the bottom of your driveway buried under a passing garbage truck. I give that example not so you can ignore it if you park underground, but because it shows that winter tires improve cold-weather grip even when the car is stationary.

"Oh, but I have AWD" - that's awesome, but AWD doesn't help you stop. Only tires help you stop. Well, those and brakes. But if your tires are out of grip, they'll slide, you'll crash. AWD only helps cornering in certain instances too, and even the best torque vectoring is useless when all four of your tires are locked. Me? I'd take rear-wheel drive and winter tires over AWD and all-seasons every day of the week.

Insurance rates are high, traffic is slow, and winter is treacherous. If more people used winter tires, we could put a dent in all those problems.

See more
Jacob is a writer and a journalist who enjoys cars, driving and jokes. Sometimes he writes a series of jokes and loosely connects them to a car he was driving. Jacob Black is not a werewolf.