What Will Trump Mean for the Canadian Auto Industry? NAFTA and CAFE and Donald – oh my!
Advertisement

NAFTA and CAFE and Donald – oh my!

As some of you may have heard, the United States has a new president. Donald Trump will soon take the wheel in Washington, and as is usual, we in Canada will be along for the ride. The question on everyone’s mind, though, is “Can the man drive?”

For those interested in cars in particular and the automobile sector in general, there are areas of real concern regarding this new presidency that may directly impact Canadian consumers and those working in the auto industry here.

Fresh off our own federal election that had its own impact on the automotive industry, Canadians can understandably be concerned by what our biggest trading partner might do next.

First of all, Mr. Trump has vowed to “tear up NAFTA,” the North American Free Trade Agreement, a prospect that sounds ominous to many, especially because according to a report prepared for the Department of Foreign Affairs and International Trade in 2012, 85 percent of vehicles and 90 percent of auto parts built in Canada are destined for the United States.

Also, it’s almost certain that fuel efficiency targets under the US Corporate Average Fuel Economy (CAFE) standards will be adjusted downwards, along with emissions targets, which may also reverberate into Canada. As a consequence, for example, it may mean the relevance, development and availability of electric vehicles (EVs) will move to the back burner. Certainly our country’s Green Plan will be affected.

Let’s start with NAFTA. Signed in 1994, this accord between Canada, the US and Mexico extended the pre-existing Canada–US Free Trade Agreement. NAFTA was designed to eliminate barriers to trade and investment between the three countries, virtually eliminating tariffs on goods and services between them. It also liberalized trade in agriculture and textiles and implemented labour and environmental safeguards. According to Council on Foreign Relations, a key idea was to integrate Mexico “into the higher wage economies of the US and Canada,” with the expected result that such integration would also discourage illegal immigration from Mexico. In other words, if you could make a better living in Mexico, there would be less reason to leave.

Assessments of NAFTA’s success have been mixed since the agreement was put into place, but the general consensus is that Canada did well across several sectors, Mexico benefitted but not as much as expected (hourly wage rates in Mexican plants still average five to six dollars), and the US benefitted modestly. However, critics in the US suggest that NAFTA is to blame for huge job losses in the manufacturing sector, especially automotive. Not coincidentally, the states where manufacturing job losses predominantly occurred, the so-called rust belt of Pennsylvania, Ohio, Michigan, Illinois, Indiana – all voted for a Trump government. 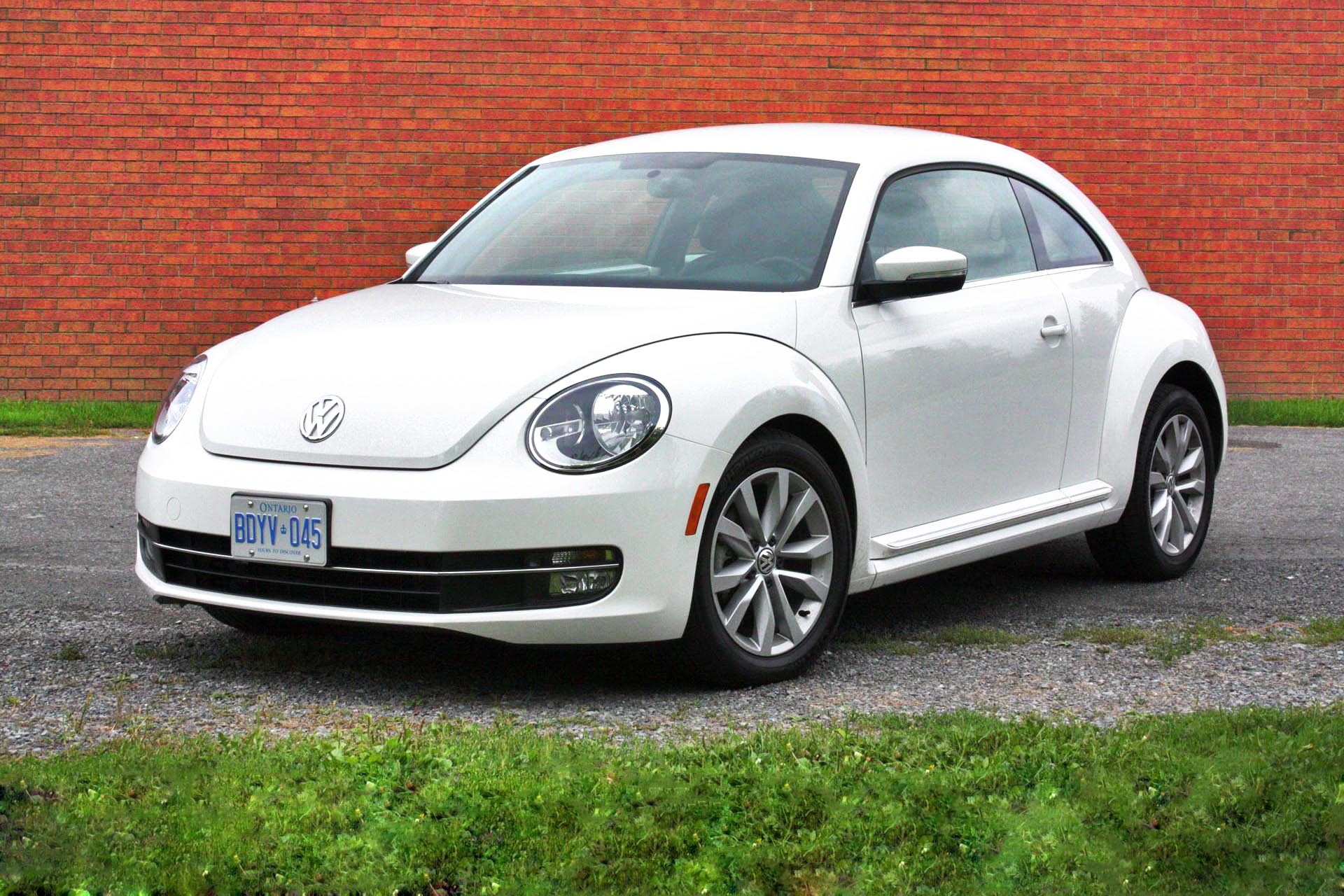 Certainly it is easy to see that Mexico has generated hundreds of thousands of jobs in their auto sector since joining NAFTA, while the US has lost some 350,000 jobs in that sector since 1994. Did one directly cause the other? Those who lost their jobs in the US would say yes.

So, would “tearing up NAFTA” solve that problem? I asked Dr. Ian Lee, Associate Professor at Carleton University’s Sprott School of Business, for his opinion.

“Trump’s not going to abrogate on NAFTA, but he can use the threat of doing so to get what he wants,” suggests Dr. Lee. “The fact is, it’s not so much Canada that Trump’s going after with NAFTA; it’s Mexico. Mexico has little leverage and really will have no choice but to comply with US demands.”

What form would this take? Lee thinks caps may be placed on the number of vehicles that Mexico and Canada would be able to export to the US. It’s also possible that tariffs may reappear in certain sectors, but the intent is generally to “bring back jobs” to the US. Lee thinks this commitment to “rebalancing” NAFTA will happen within months of Trump’s inauguration, demonstrating to his supporters that he’s addressing the problem as promised.

Canada, by the way, was quick to respond to talk of a NAFTA overhaul, with Prime Minister Justin Trudeau signalling his government’s willingness to renegotiate the deal, and making an invitation to do so two days after the Trump victory.

“It’s a really smart thing to do,” says Lee. “He could see the train leaving the station and he’s elected to jump on, rather than stand in front. A good move!”

That said, regarding the future prospects for Canadian auto workers specifically, Canada has already lost several manufacturing plants and production capacity over the years. Lee points out that collective agreements were recently negotiated that promise new capital investment, and he thinks, therefore, that workers are safe for the life of these agreements (four years).

But after that, he warns, “All bets are off.”

Industry analyst Dr. Anthony Faria, Director of the Office of Automotive and Vehicle Research at the University of Windsor’s Odette School of Business, concurs, emphasizing that the Canadian auto sector has been on shaky ground for years, seeing no growth for two decades.

“Our auto sector has seen a 17-year decline in output with no new plants built and several closing since the early 1990s,” he said in an interview for this article. Despite the recent collective bargaining agreements between Unifor (the union that represents auto workers) and Ford, General Motors and Fiat Chrysler, he points out that, “We’re still in a status-quo situation; we’re seeing no growth in assembly or parts-making jobs in Canada.”

Faria believes that in the current economic climate, Honda and Toyota wouldn’t have chosen to build plants in Canada and that the absence of other manufacturers electing to locate in Canada is telling. Both Faria and Lee explain that this is largely a result of high energy costs, high wages, insufficient government incentives, border delays and more recently, increases in employer CPP contributions and the prospect of a carbon tax. All of these add to costs of operation, and arguably create a disincentive to move to, or remain in Canada. The question is, will Trump’s policies create a further incentive to limit investment in Canada, or even to leave?

“What have we got to offer?” asks Faria. “A quality workforce. We always say that, and it’s true but it’s not enough. The Volkswagen plant in Chattanooga,” Faria points out, “was 70 percent funded by the state of Tennessee. Seventy percent! Not loans, mind you, but paid for outright by the state. Same thing happening in Mexico. In Canada we just don’t get close.”

Echoing Ian Lee, Faria believes Canadian autoworkers are “saved for now” by the latest collective agreement, but will be vulnerable in the future. Even more so, he agreed, with a Trump government in the US. 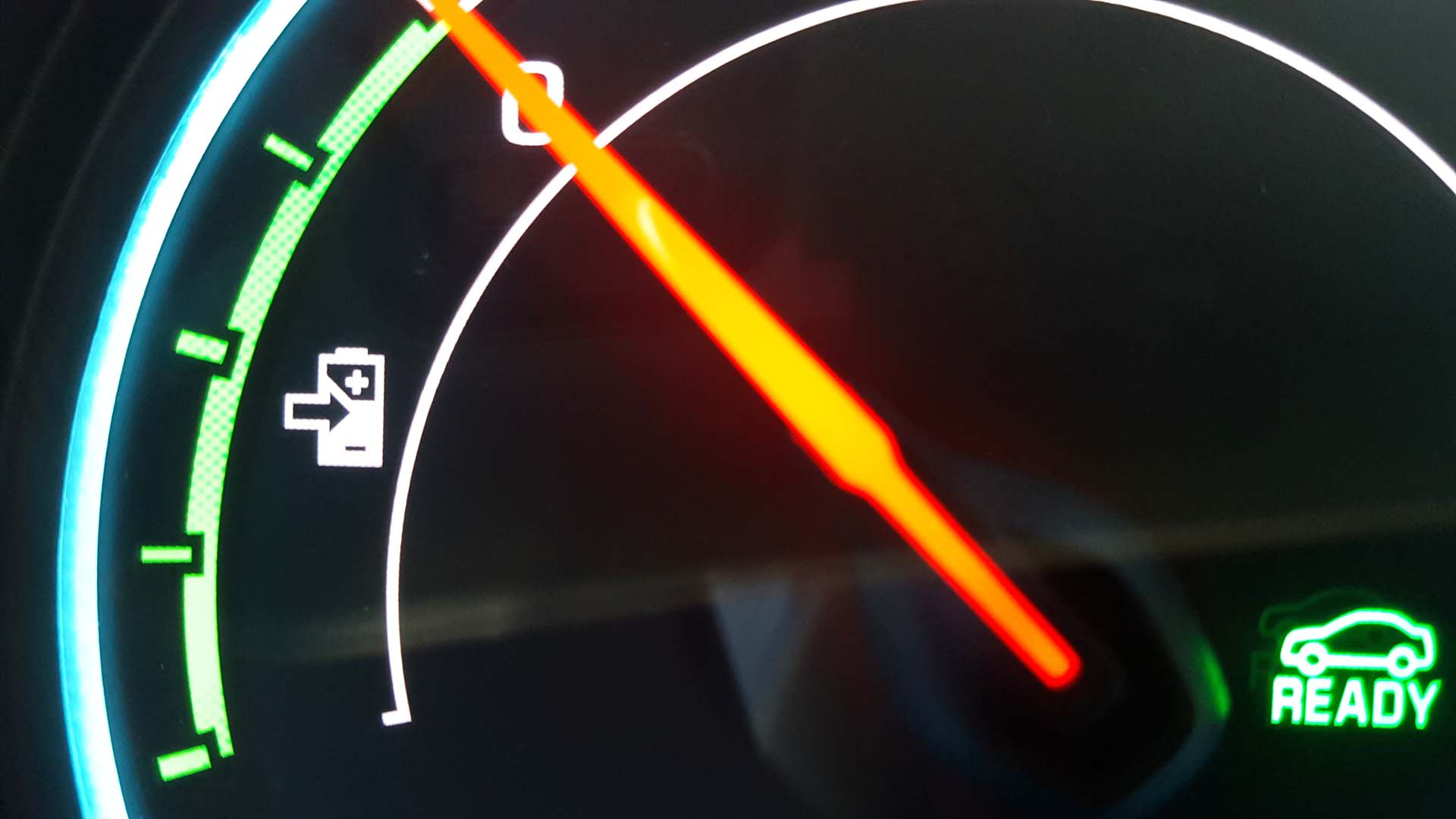 Which brings us to the US Corporate Average Fuel Economy (CAFE) targets that currently require a fleet average of 54.5 miles per (US) gallon by 2025.

According to Lee, “All car manufacturers say they can’t meet these targets,” but the US Environmental Protection Agency (EPA) under President Obama has been firm on the number. Consequently, we’ve seen a proliferation of EVs, hybrids, lighter bodies, small engines in large vehicles, and technologies designed to squeeze maximum fuel economy from internal combustion engines in an attempt to comply as 2025 draws closer. Of course, small cars in general contribute significantly to lowering the average fuel economy of a company’s fleet.

But US consumer interest in small, fuel-efficient cars (and cars in general, actually) is declining. The overwhelming demand in the US is for gas-guzzling pickup trucks, large SUVs, CUVs, commercial vans and RVs, which also happily represent high profit centres for their manufacturers. Consequently, small, low-margin cars are typically built in Mexico where labour costs are still a quarter to one-fifth of ours. Indeed, Ford CEO Mark Fields recently and controversially announced that Ford plans to shift all North American small-car production from the US to Mexico. Truly, it is remarkable how many small and mid-size cars are now built in Mexico – including the Fiat 500, Ford Fiesta (and soon Focus), Ford Fusion, Honda Fit, Honda HR-V, Lincoln MKX, Mazda2, Mazda3, Nissan Sentra and Versa, Volkswagen Golf and Jetta – and how quickly the auto sector there has grown. Mexican production will have to slow down eventually, suggests Faria, but it already exceeds Canada’s by half again (3.56 million vehicles versus 2.28 million).

In Canada, we’re losing the Toyota Corolla to Mexico and, not surprisingly, we lost the Acura MDX to the US (Toyota is expanding RAV4 production here, however). And we build no pickup trucks, although Ford currently builds several presumably high-value SUVs in Oakville. 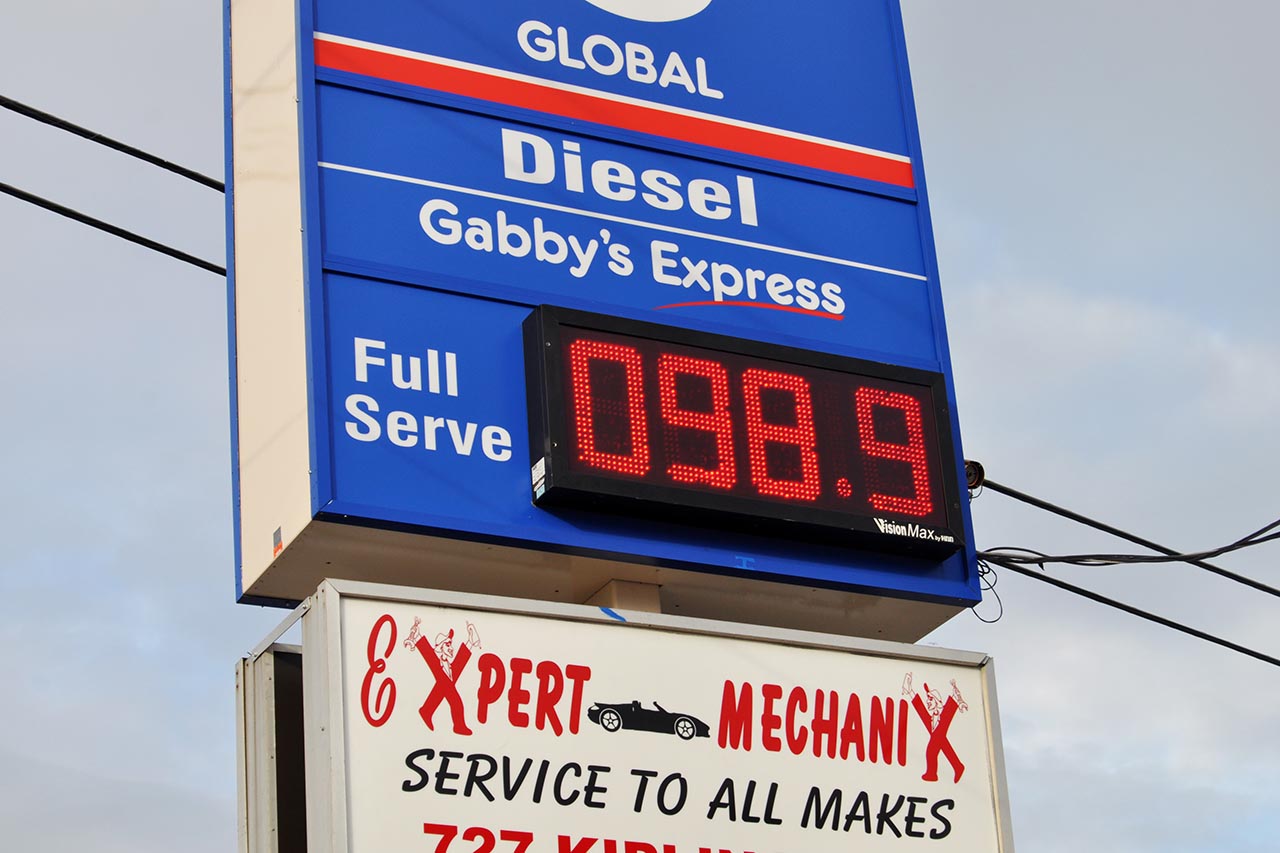 But it’s not simply about bringing auto manufacturing jobs back from Mexico (the auto industry doesn’t want to build small cars in the US unless doing so can be made more profitable). It may be more about both expanding and repatriating the production of large, high-profit, in-demand vehicles in a US market unfettered from stringent EPA targets (via a Trump-initiated de-fanging of the EPA). Of course, low fuel prices further remove a potential barrier to ownership of such vehicles.

One could ask whether incentives will remain to continue building such vehicles in Canada at all!

Regarding CAFE, suggests Lee somewhat tongue-in-cheek, “Maybe they’ll stick with the 54.5 MPG target, but maybe the time frame is extended to 2050….”

So it may also go for greenhouse gas (GHG) emissions standards that are slated to become more stringent by 2025, along with the US Clean Power Plan’s targets to 2030. You can bet that these will also be on the table, and by rolling them back one could see that the urgency of developing EVs and hydrogen fuel-cell vehicles could therefore recede.

But this is not likely, according to Ian Lee, who points out that global competitors are stepping up development in this area, and the US automakers would want to remain competitive with them. What is likely is that demand for such vehicles will decrease (as it always does when the price of gasoline is low), especially without consumer incentives. Canada produces only the Chrysler Pacifica Hybrid in and no other mainstream EVs or hybrids, but provinces do have aggressive programs that encourage the purchase of EVs and PHEVs as part of broader energy programs that may well be operating in isolation if Mr. Trump has his way. 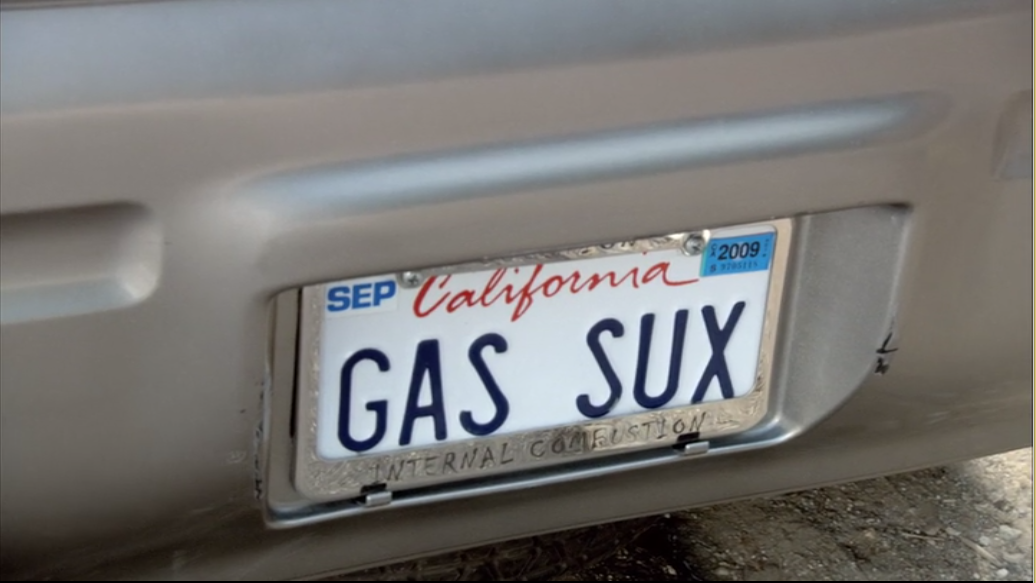 Certainly if CAFE and Clean Air standards are lowered or delayed, one wonders what happens in Canada, where our standards typically operate in lockstep with the US. If we maintain our environmental goals and fuel consumption requirements, are they going to build more fuel-efficient SUVs especially for us?

As Ian Lee says, the biggest carbon tax of all is the price of gasoline. For those concerned about environmental targets, even that’s not going their way now.

What we may therefore see is our provincial and federal green strategies being rescinded or postponed until they can again coordinate with the US, assuming such programs are revived under a future US government.

Regarding Canada’s auto sector in general, circumstances are developing that may further weaken our ability to survive in the longer term, let alone grow. We’ll see an expansion of production in the US, while Mexico will continue building cars, although exporting them to the US may be constrained. Trump’s policies in this area will clearly favour the US.

See more
Paul Williams is an award-winning Ottawa-based automotive writer and a member of the Automobile Journalists Association of Canada. He’s active in several enthusiast car clubs, and if it’s got a motor and wheels, Paul probably likes it.
Advertisement