Off-road capability for a pair of Toyotas
Advertisement

Off-road capability for a pair of Toyotas

Toyota has released a pair of new TRD models that they hope will help Canadians take on more terrain and go further off road. The TRD Pro package will be added to the 4Runner SUV and the Tacoma pickup for 2017.

The 2017 Tacoma TRD Pro is based on the double-cab short bed Tacoma pickup. Underneath is an impressive list of off-road enhancements. There are TRD remote reservoir shocks in the back, Fox racing shocks in the front, and a one-inch lift. There is a 6.35 mm thick aluminium skid plate, stainless steel TRD exhaust, and Goodyear Wrangler all-terrain tires on 16-inch wheels. There will also be TRD badging, a hood scoop, white lettered grille, LED fog lights, and special leather seats.

Underhood is a 3.5L V6 making 278 hp and 265 lb-ft. There is a choice of six-speeds (automatic or manual), and on-demand four-wheel drive with limited slip differential. TRD Pro models will also come with a 2,900 kg capable towing package. In the bed, there is a 120v power outlet, along with cargo tie-downs.

Inside, in addition to the special seats, there is an extra info screen with tilt gauge and inclinometer, and a leather steering wheel. Automatic models get crawl control and terrain selection. Tacoma also has what Toyota claims to be an industry first: a standard dashboard GoPro camera mount. 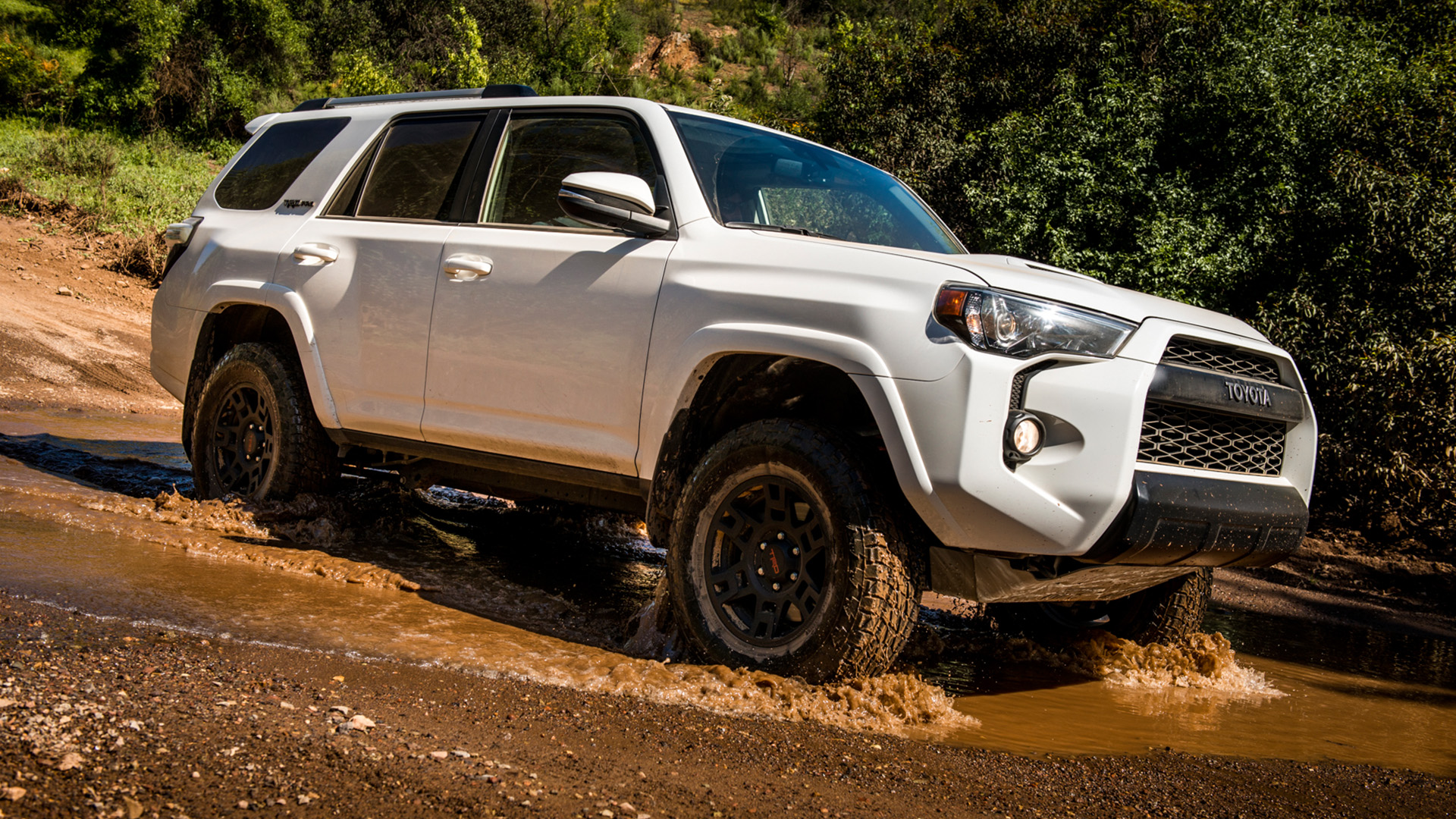 On the 4Runner, the TRD Pro pack includes off-road performance upgrades like TRD front springs, special Bilstein shocks with remote reservoirs on the rear, and 31.5-inch Nitto all-terrain tires on flat black alloy wheels. Underneath are aluminium skid plates. There is also a different grill, accents on the bumpers, special badging and floor mats.

The TRD Pro 4Runner keeps the 270 hp 4.0L V6 from the other 4Runner models. Also helping in the dirt is on-demand four-wheel drive, downhill and hill-start assist, and terrain modes.

4Runner pricing has not been released, but the 4Runner TRD Pro should be available early next year. Tacoma TRD Pro is available now.