The meek shall inherit the earth.
Advertisement

The meek shall inherit the earth.

Remember that kid at the back of your high school math class – the one whose mother dressed him every day, who always seemed to have the right answer on every pop quiz, and who you never would have noticed had he not later gone on to become CEO at a Fortune 500 company, rubbing it in your face at your 25th year reunion?

There are cars and trucks out there just like that kid. These are vehicles that have seen enormous success, become ubiquitous on our nation's highways, and yet have never once caused anyone to gaze back longingly as they walked away from their parking space, or drawn anything more than mild interest from a human adrenal gland. These boring but excellent automobiles filled corporate coffers while steering clear of the imaginations of those who bought them.

Let's take a quick look at 10 of the most successful, yet still boring, cars ever built. 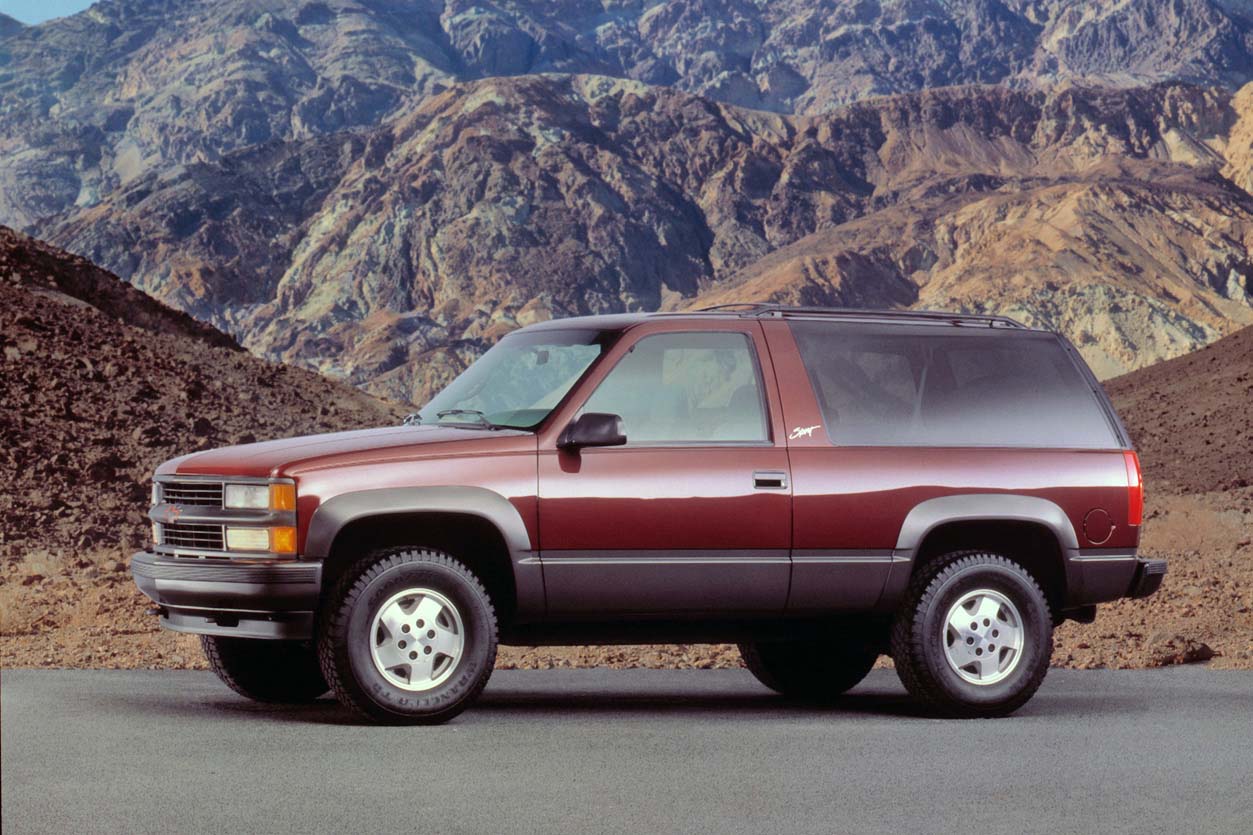 By the dawn of the ’90s the full-size Suburban had been around forever, but the Blazer had turned into a compact caricature of itself. Chevrolet decided to fill the gap for a shorter, yet still enormous SUV with the Tahoe, a vehicle that sliced a few feet from the Suburban's mighty frame yet kept pretty much everything else. This included the pickup-based frame and suspension package, which guaranteed that the sport-utility would offer excellent towing, huge interior room, and some of the blandest driving dynamics in its class. By the end of the decade GM's engineers had had enough time to tweak the Tahoe's package to dramatically improve its on-road manners for the second-generation model, but that first version of the SUV sold in enormous numbers and its still out there towing for a living today. 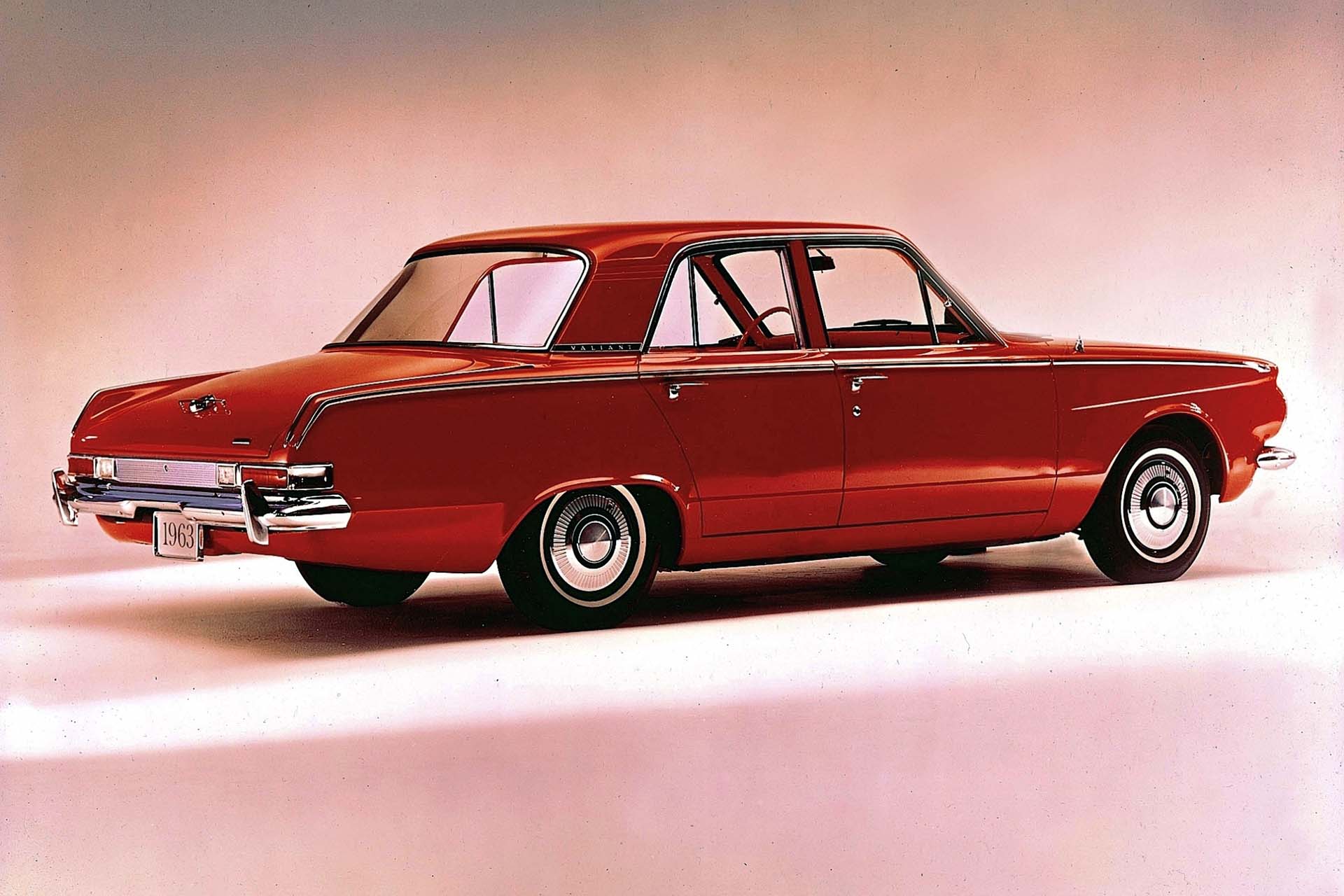 The Plymouth Valiant was the definition of bland, basic transportation when it first appeared in 1960. The secret to its success? A pair of 'slant six' engines that angled its inline design by 30 degrees and thus invoked some type of dark magic that would keep it running well past the apocalypse. It's hard to find a car from the ’60s that was more reliable than the Valiant, and it's also tough to get behind the wheel of a vehicle so doggedly determined to keep you from having any fun whatsoever. The bland little Valiant would become one of Plymouth's greatest success stories, building a reputation for reliability for the brand that would be utterly obliterated when the vehicle was replaced by the Volare in 1974. 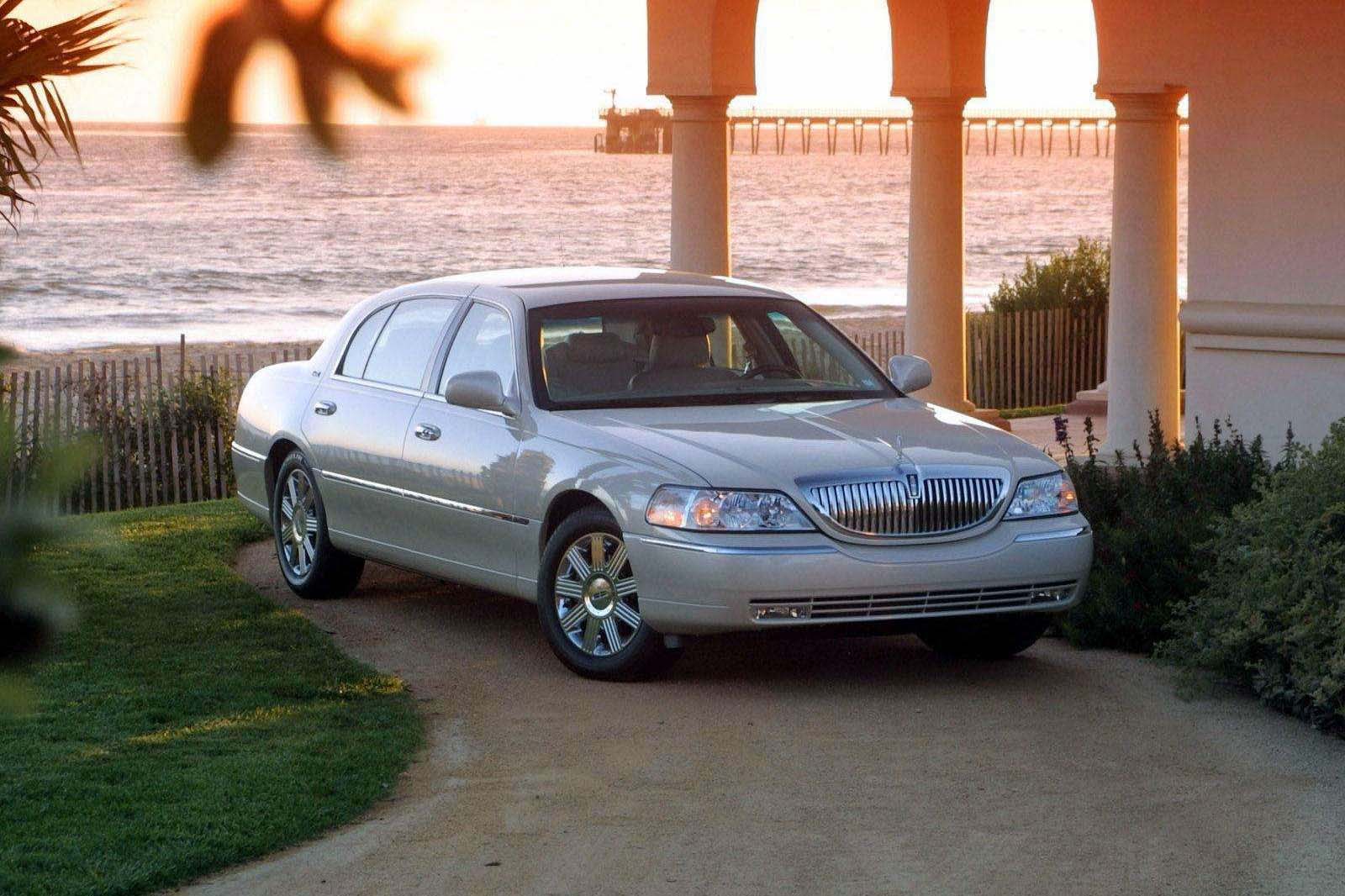 The Lincoln Town Car was a juggernaut for parent company Ford thanks to its relentless grip on fleet sales. In fact, even in its twilight years the Town Car remained the vehicle of choice for taxi and limousine operators due to its simple design and easy-to-repair, pre-Millennium body-on-frame construction. Soldiering on for decades on the same basic platform, the Town Car was eventually a victim of economics when the assembly line space it was using became more profitable when aimed at an SUV clientele. Comfortable, classy, and dynamically dull, this full-size Lincoln outlasted even its Crown Victoria sibling. 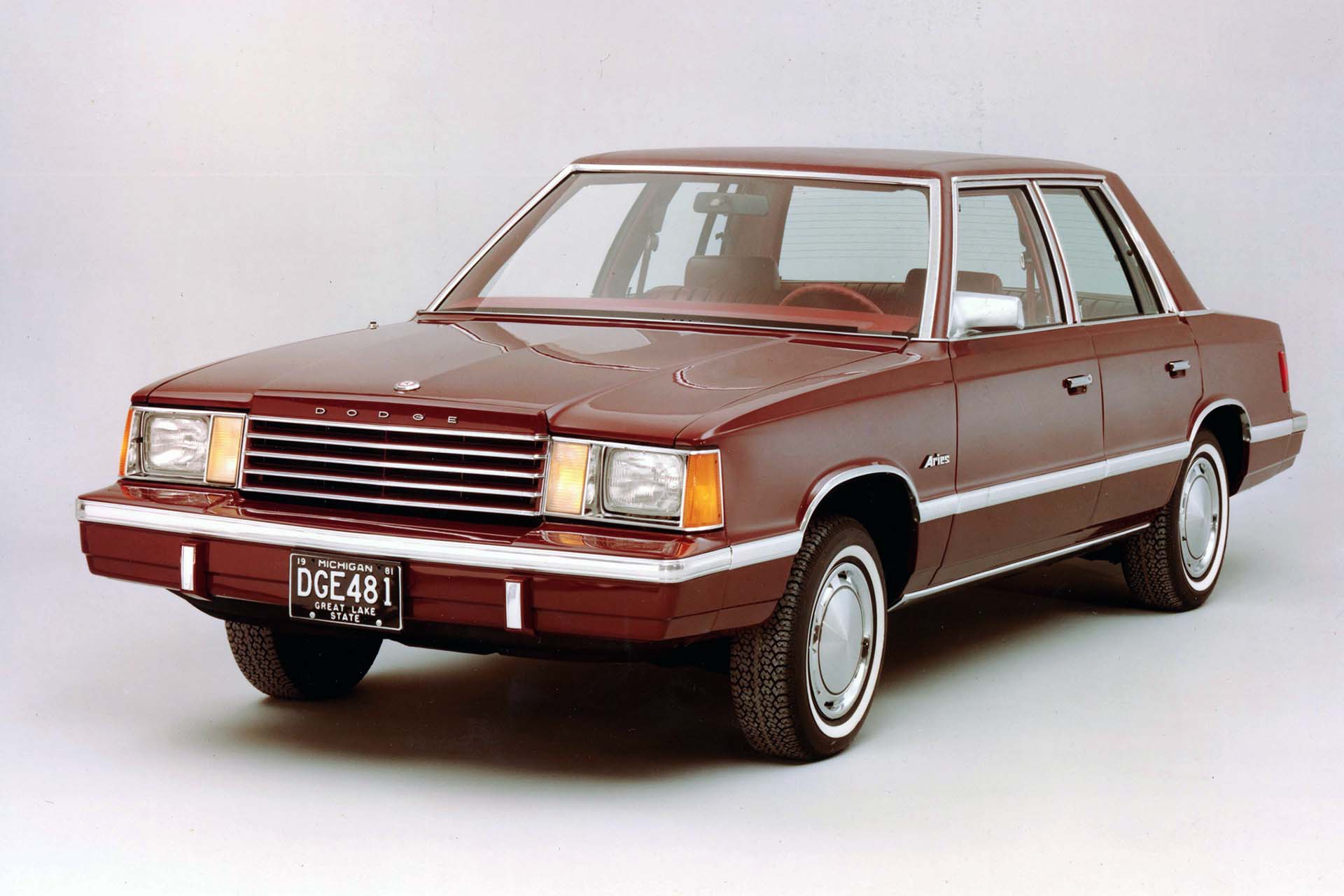 The Chrysler K platform dragged the company kicking and screaming out of bankruptcy and back into the black. It did so by way of its extreme versatility: this is a chassis that spawned convertibles, sedans, coupes, and even minivans on its way to posting huge volume for Chrysler, Dodge, and Plymouth. Some notable alumni include the Dodge Caravan, the Plymouth Reliant, the Dodge Aries and Chrysler LeBaron, and ignoring the rare turbocharged variants, there are few less-interesting options from the ’80s than these universally appealing, and very affordable economic saviours. 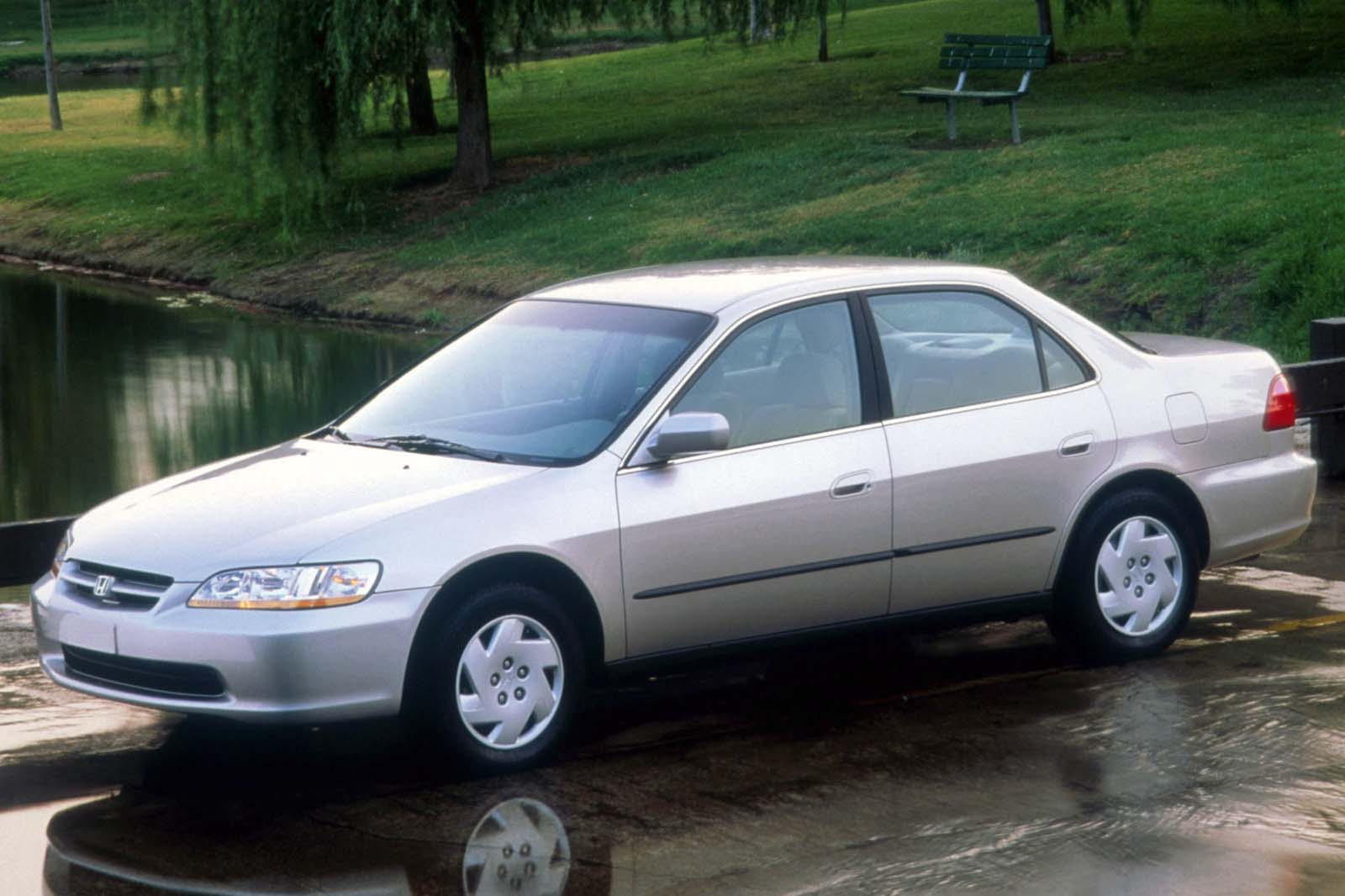 Honda had a reputation for trying to inject at least a little fun into each of its products, but by the late ’90s it was clear that the mid-size money was to be found in affordable and ultimately uninteresting appliances. The sixth-generation Honda Accord four-door lost its way from a fun perspective, keeping none of the appeal of the earlier car while adding soap bar styling and a series of status-quo four-cylinder engines (with a V6 option for risk-takers). People ate it up, and Honda sold every Accord they could build, but the car's replacement would be far more intriguing from behind the wheel. 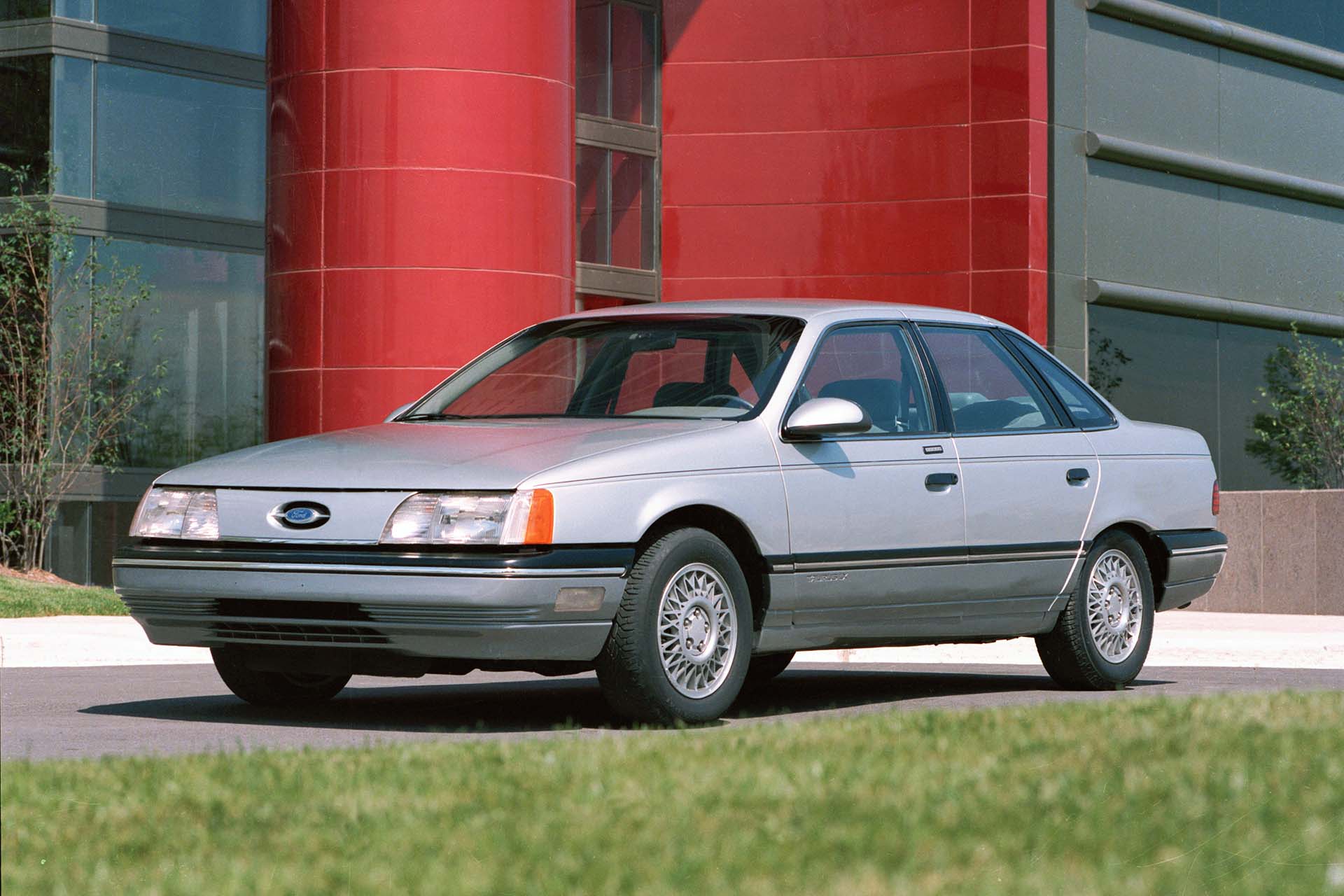 The original Ford Taurus was a ground-breaking vehicle that proved a domestic automaker could compete with the best that the Japanese had to offer when putting together a mid-size family car. This also meant that by design, its broad-based appeal doomed it to be as boring as could be stomached, both from a drivetrain perspective (excluding the limited-production SHO, which had its engine outsourced to Yamaha) and of course visually. The Taurus crushed sales records for Ford until an attempt was made to spice things up with a major redesign in 1996, whereupon the buying public turned their collective backs and doomed the car to ignominiously wander the wilderness before getting its mojo back in 2010. 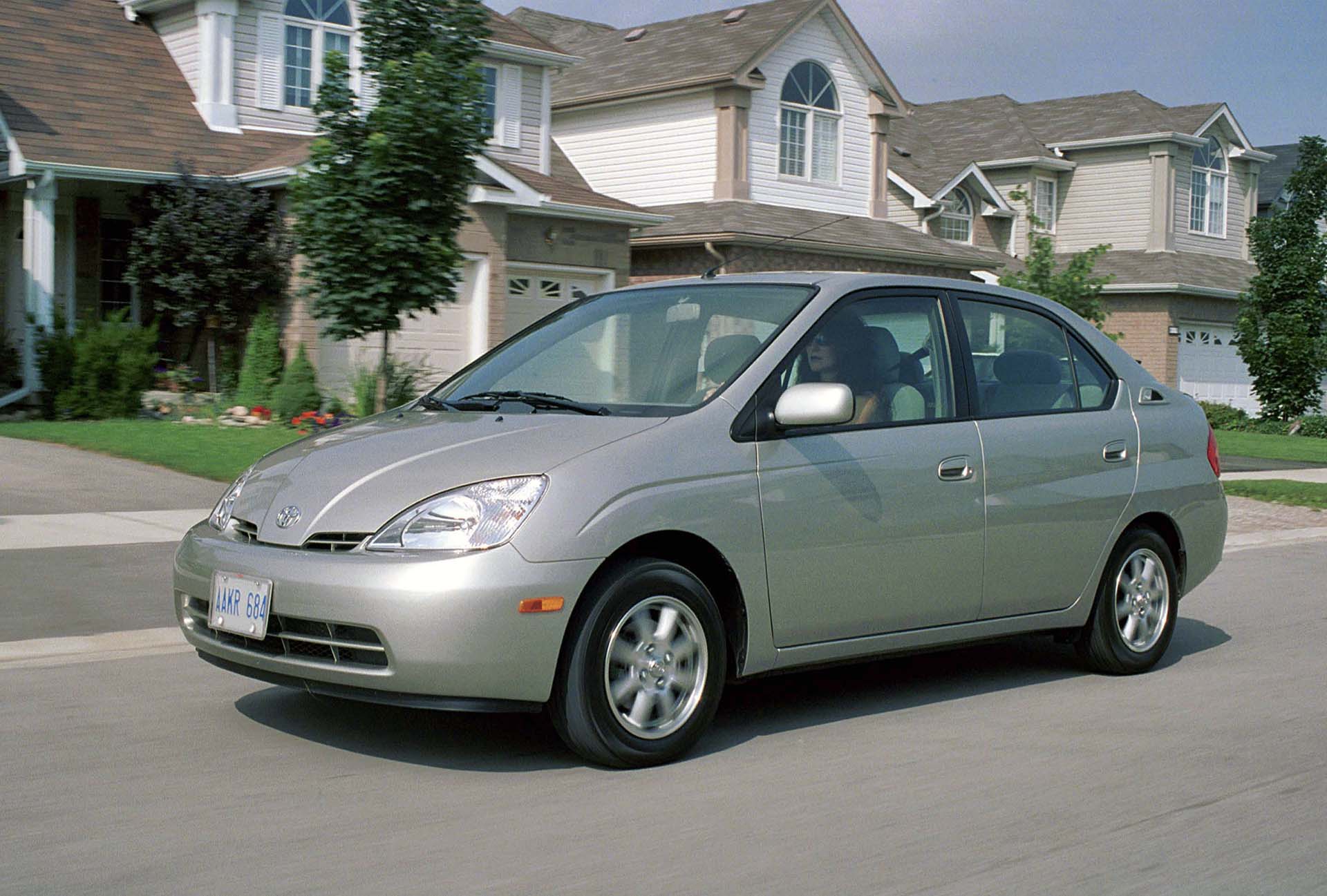 The Toyota Prius is the most successful hybrid car, by a fair margin. It was the vehicle that, when initially introduced, made the most headway in getting North American buyers accustomed to the idea of a battery-powered car as something more than an exotic Buck Rogers fantasy. It also happens to be unfailingly boring. Designed for fuel efficiency and eco cred over anything resembling excitement, the Prius has attained legendary status amongst throngs of buyers who have the left-brain aptitude required to fully appreciate what it brings to the table and completely ignore what it doesn’t. 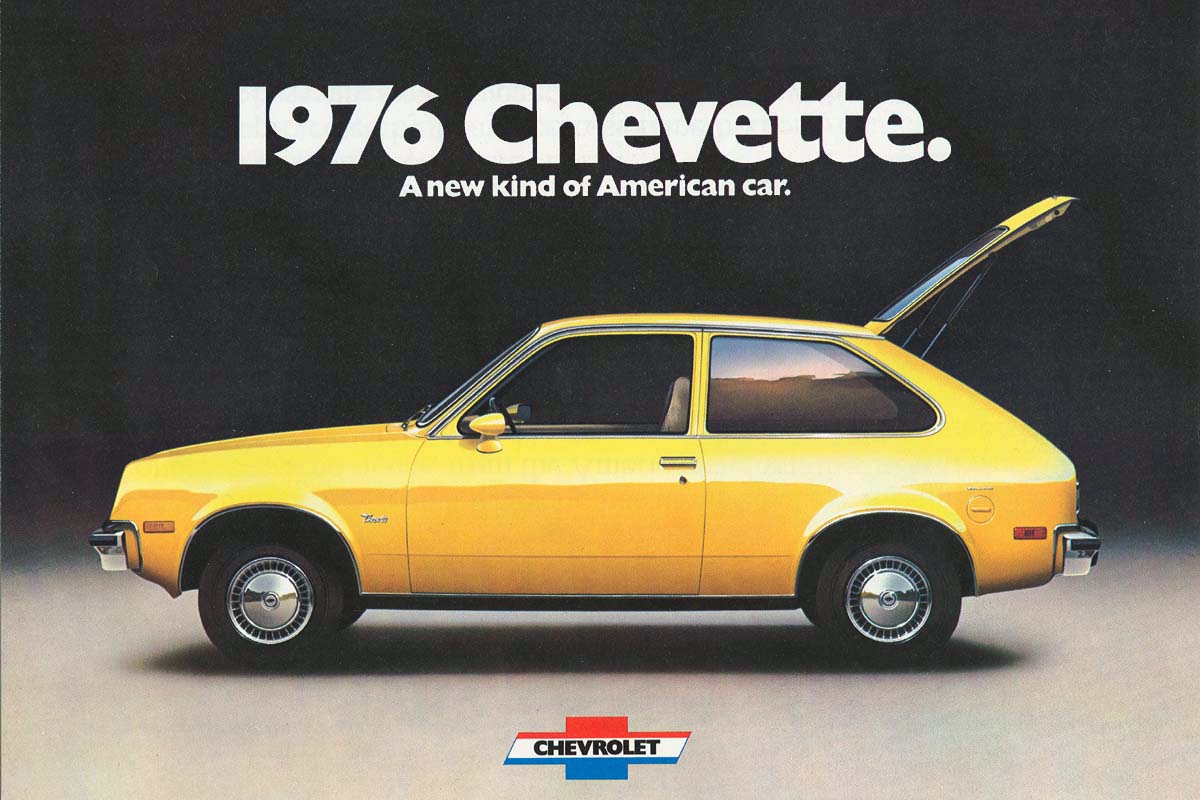 Can you believe that nearly three million Chevrolet Chevettes were sold? We can't either. Built for those who deemed the Vega that preceded it as ‘too exciting’, the underpowered, ultra-frugal Chevette hatchback spawned a uniquely Canadian Pontiac model (the Acadian), and did a lot to damage the reputation of both brands during the 1980s. Never a great car but always a well-priced one, the Chevrolet Chevette became the ubiquitous ride of middle school phys ed teachers and video store clerks across the country. 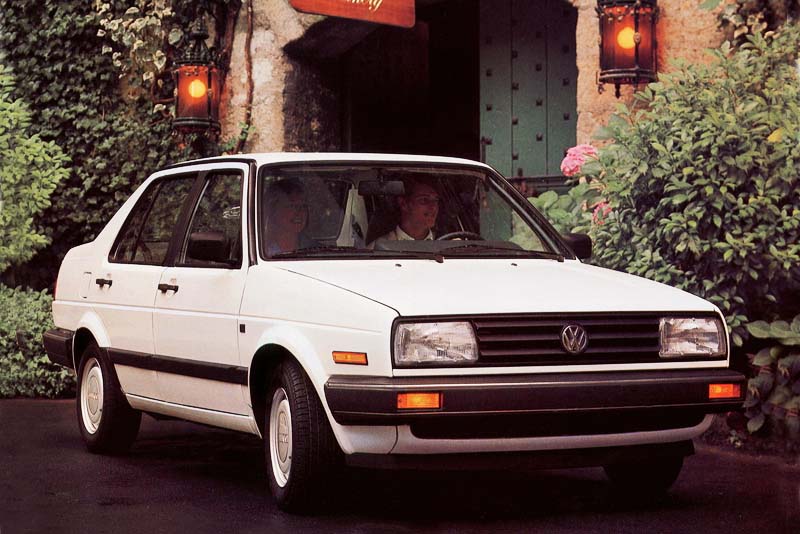 The 1984-1992 Volkswagen Jetta Turbodiesel is by far the slowest, most vanilla version of VW's compact sedan ever built. Canadians couldn't get enough of the car's outrageous efficiency, however, turning the vehicle into something of a cult figure amongst Volkswagen fans in the Great White North and laying the foundations for a future where between 30 and 40 percent of future VW models would be sold with diesel engines under the hood. The sub-60 horsepower Jetta Turbodiesel will get you where you are going…eventually, but it helps if there are no hills in the way. 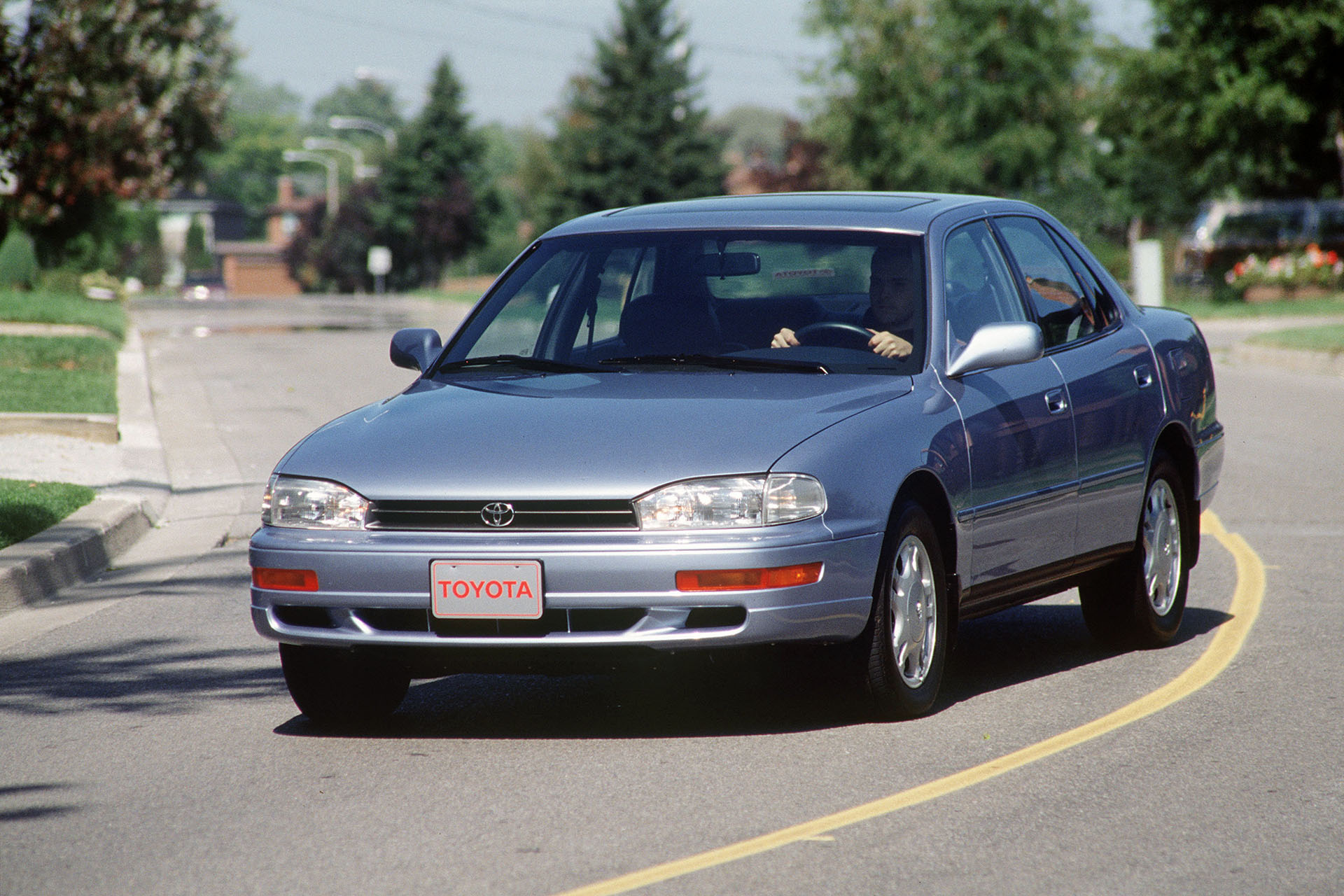 You might have been expecting a Corolla here, but that overlooks the fact that there are several fun, and even stylish versions of Toyota's compact car hailing from the ’70s and ’80s. The Toyota Camry, on the other hand, never even came close to the sporty end of the pool. There's no Japanese anime series based on a tofu delivery boy driving a Camry, nor will you find anyone restoring first-generation Camrys and putting them on display in a museum.

Aside from the tenuous link with NASCAR, the Toyota Camry is notorious for one very specific thing: being perhaps the best, most reliable sedan money can buy, for almost three decades running. This is why it's routinely listed as the number-one-selling car in North America (albeit pushed down the list somewhat in Canada by our love affair with smaller rides). Sometimes, it pays great big bucks to be boring.