Apart from a seasonal switch to prepare for winter, Canadian drivers rarely give their tires a second thought. But in motorsport, a change in those four points of contact with the pavement can make a world of difference.

This season, the Ultra94 Porsche GT3 Cup Challenge Canada series is undergoing a revolution, and it’s all thanks to a switch in tire brand. The series now runs on Yokohama tires, which delivers improvements for its drivers and teams across the board.

One benefit is in the realm one would expect from a new tire: an overall boost in outright performance.

“Yokohama has come out with a fantastic tire,” says Marco Cirone, a competitor in the series. “The car seems to react better on the Yokohamas, and the longevity of the tires is better than it was with the other tires that we were using.”

Cirone, who lives in Toronto, is a three-time Platinum Masters class champion in the Canadian series. He also races regularly in the American equivalent series, Porsche GT3 Cup Challenge USA, to gain valuable experience. This change means that both the Canadian and American series now use the same tire, which makes that task a lot easier. Not only does it make for less work on car setup at US events, but it also helps Cirone and his team, Ottawa-based Mark Motors Racing, collect additional data that’s more useful to them no matter where they’re racing.

“We have a chance to research a little bit, see what they’re like for certain race conditions, qualifying conditions, temperature, all of that sort of stuff,” Cirone explains. “We’re really happy because when a tire keeps its consistency you don’t have to make as many changes to the car.”

For young Canadian drivers seeking to turn racing into a career, the benefits run even deeper. The day inevitably comes when it’s time to move up the ladder, which for a Canadian racer means a need to look to bigger markets. Daniel Morad of Markham, Ontario, who was a contender for the championship in the Canadian Platinum class last year with his team Alegra Motorsports, sees added potential from putting himself in front of a wider audience. 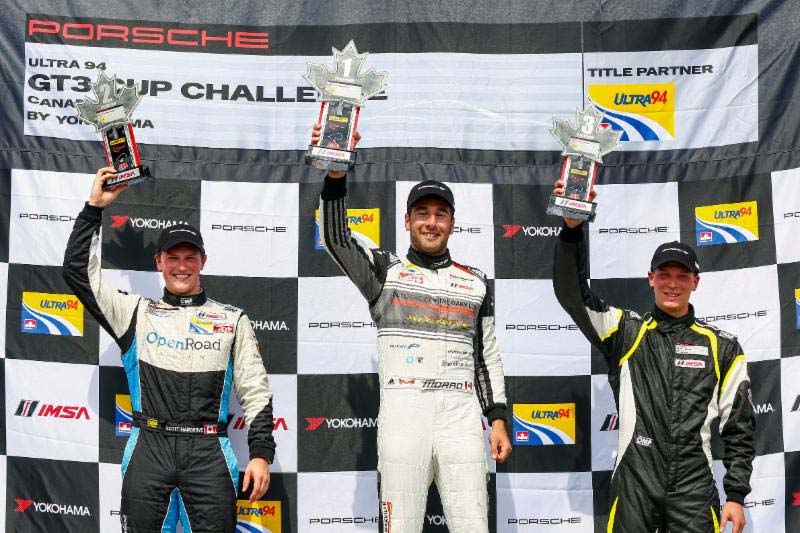 “It’s definitely a positive for both the U.S. and Canada to be on the same tire,” Morad says. “Now we can race against each other.”

That opportunity for Canadian talents to pit themselves against their American competition on a level playing field is being taken another step further. A new North American Cup has been established in which the American field will race at the Canadian Grand Prix in Montreal in early June and the Canadians will head to Watkins Glen International in upstate New York a couple of weeks later. The combined results of those events will be used to crown the first overall North American Cup champion.

“I think the biggest advantage of running the Yokohamas is we can now have these joint races,” says Zacharie Robichon of Ottawa. He recently made his sports car racing debut in the series after spending several years in junior formula open-wheel cars. “Like in any racing, you want to race against the best guys. If we can find a way to bring the quick Canadian guys and the quick American guys together, running the same tire is probably the easiest way to do it.

“The GT3 Canadian series was often sort of separate, but now it’s very much a part of this North American championship that they’re starting. I think it gives more exposure to both teams on both sides of the border. Us Canadians, we’re going to get more exposure in the States, and for us that’s huge. For the Americans, as much as they sometimes forget that Canada is up here, there’s a lot of their business that happens here and I think it’s good for them as well. I think overall it will only lead to good things.”

Porsche GT3 Cup Canada kicked off its 2016 season last weekend with a pair of races at Canadian Tire Motorsport Park.

In race one, Morad spent much of the running engaged in a spirited battle with Scott Hargrove of Surrey, B.C., and eventually emerged victorious with Hargrove finishing a close second and Robichon rounding out the podium. 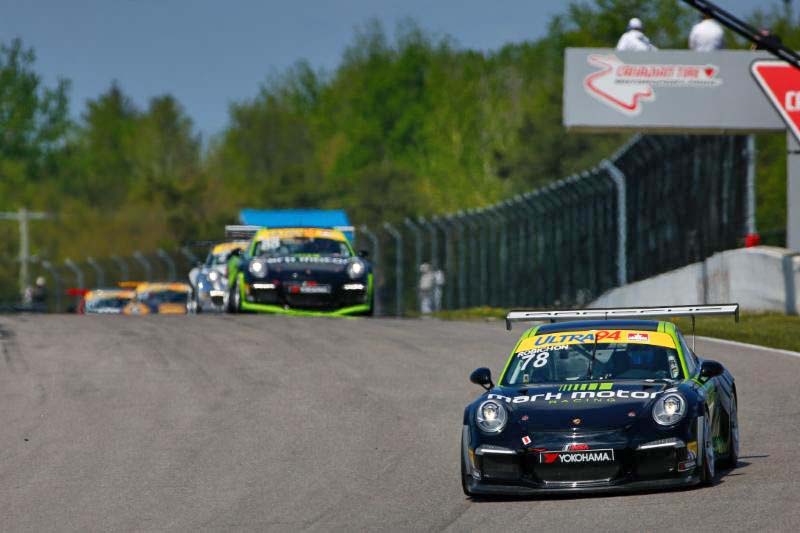 In race three, Morad and Hargrove started on the front row. On the first lap, they entered turn three side-by-side, neither of them willing to relent. They made contact, which sent Morad into the grass with his car too damaged to continue. Hargrove was forced to pit at the end of the same lap, and on review of the damage to his car his OpenRoad Racing team also had no choice but to end the day early. This left the door wide open for Robichon to shine as he avoided the incident and jumped from third place into the lead.

By the end of the 45-minute race, he crossed the finish line a full 20 seconds ahead of the rest of the field. American racer Michael De Quesada finished second, and Cirone ended his day in third.

The next event for the series will be at Circuit Gilles-Villeneuve for the first rounds of the North American Cup as part of the Canadian Grand Prix in Montreal, which will be held from June 10 to 12.