Off the beaten – and plowed – path.
Advertisement

Off the beaten – and plowed – path.

Okay, so this has been a relatively mild winter in southern Ontario, at least compared to the typical months of freezing temperatures and snowblown misery we annually endure, but you just know the universe will make up for it next year by slamming us hard. With that in mind, we need to start planning now to handle the forthcoming mountains of snow. Now, no one likes shovelling. If you don't have a child or a wife to do it for you, what can you do? The answer is easy: Snowplows. While real snowplows are expensive, geniuses (or madmen) can always fashion one out of whatever car or loose materials happen to be sitting nearby. Here are a few inspirations. 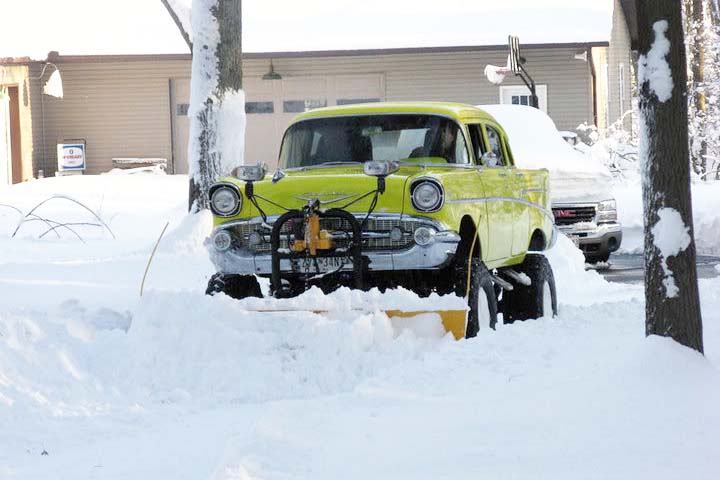 You have to admire this guy because he did more than simply strap a plow onto the front of a 60-year-old truck (a 1957 Chevy), he also lifted the car and fitted it with off-road tires that look like they could ascend Mount Everest. Also, his plow blade appears to be properly attached, not jammed on with duct tape and chicken wire, the materials most commonly used in the forthcoming crazy contraptions. 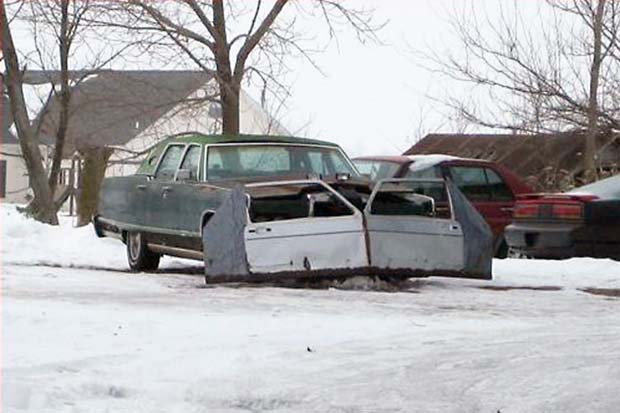 Is this real life, or merely a sneak peek of the next Trailer Park Boys season? This looks exactly like one of Ricky's schemes. The mind abounds with questions. Like, where did he get these extra doors? Does he have another car that he now drives around with missing rear doors? And exactly how effective is this design? There's a good foot or so gap at the bottom, and it's not like this monstrosity can lower to cover it. Again we have what appears to be a professionally fitted blade, but this one is attached to a vehicle that would appear to suffer at least two problems. First, does it really have enough strength to move around gigantic piles of snow, especially if they contain blocks of ice? And second, does it have the weight and traction not to get stuck itself? Imagine the humiliation in calling a plow to rescue your plow. And lastly, who does this to a Porsche 968? Sacrilege! 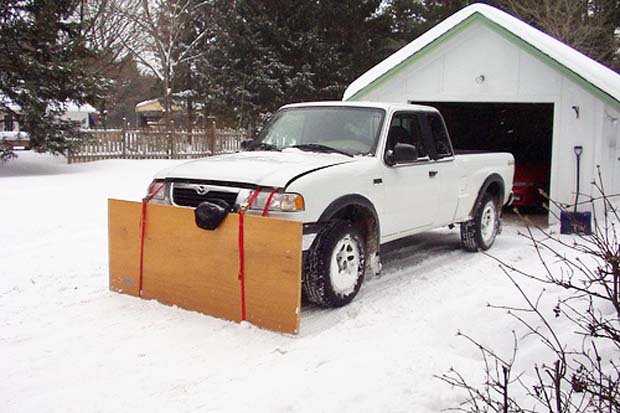 Now we have the opposite problem to the previous photo. This is a practical little pickup truck, perfectly suited for plowing snow, with, to put it kindly, something that is not a professional blade. On the upside, if you and your passenger ever get bored, you could always pull over and enjoy a game of ping pong. 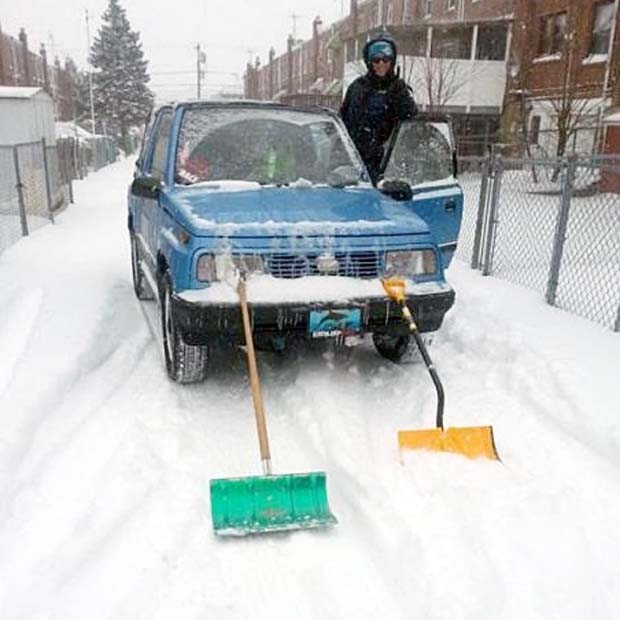 There's an old saying in business, that you should hire lazy people, because lazy people will find easy ways to get things done. It's true, to an extent, but this may be taking that spirit a little too far. In the time it took to strap those shovels on, half the driveway could have been dug out. What's more, it's impractical. There are chimpanzees in the deepest jungle who could identify the problems here at first glance, not least of which is that the shovels -- assuming they don't immediately fall off -- will fold and break the first time they strike a block of ice or anything similarly solid. Just what on Earth is this thing? 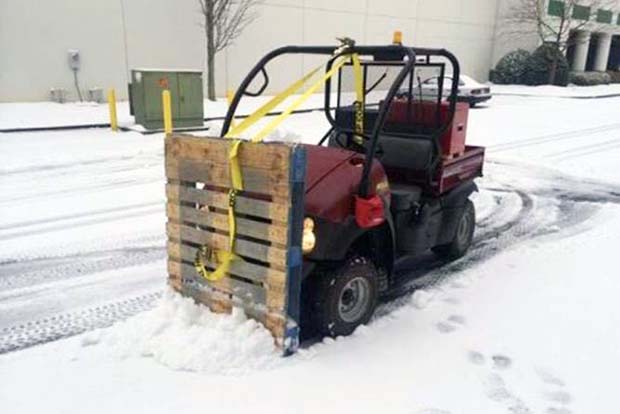 An ATV for a plow vehicle makes perfect sense, but this? A wooden pallet as the blade? There's such a thing as false economy. You've got to spend a little money here and there to get things properly done. Before you make any jokes about a Smart car serving as a snow plow, just take a look at how clear that road is! We do wonder whether the car tips forward onto just its front wheels when the blade is raised. 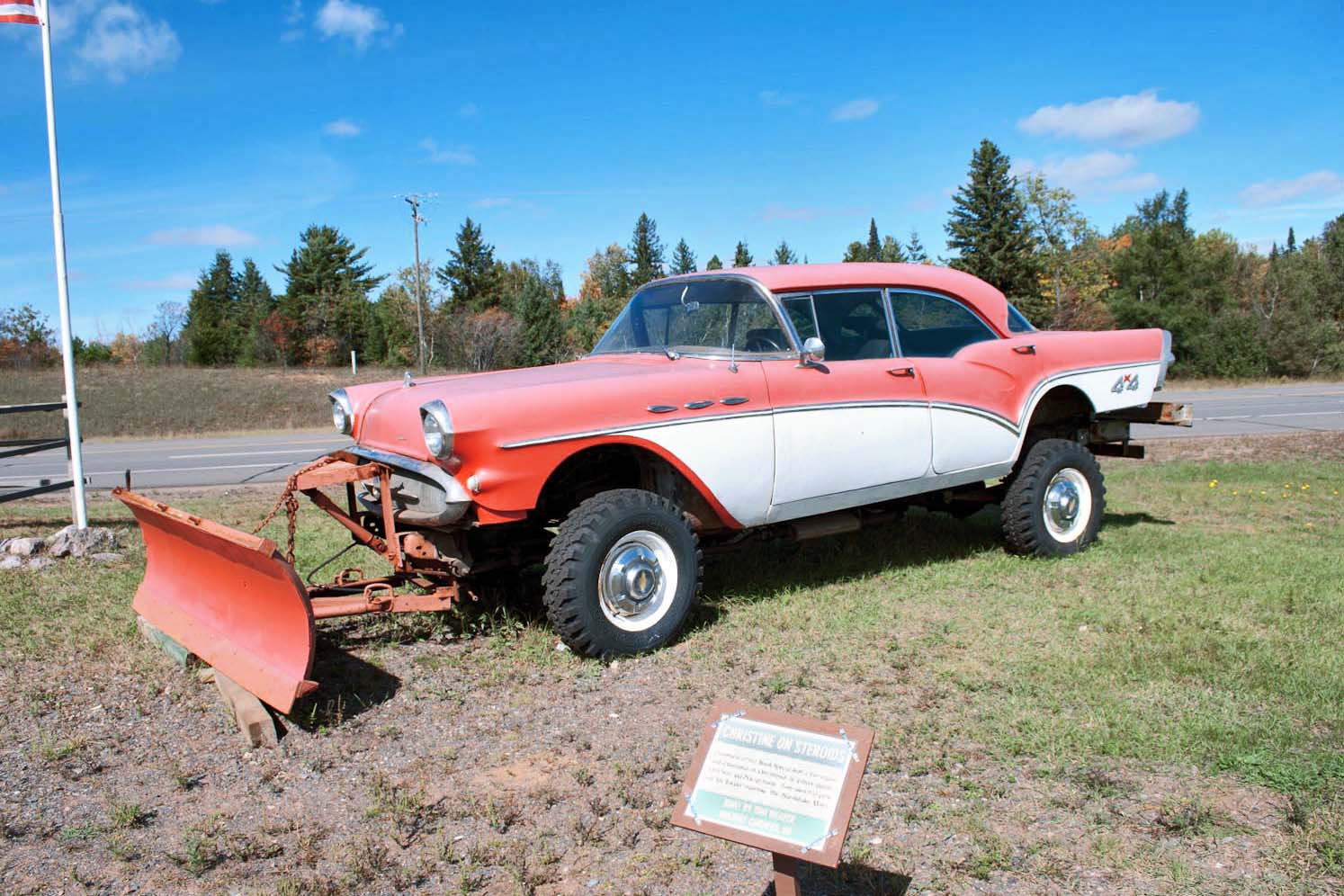 Your first impression might be to make fun of this car but I warn you against that. Something about it is just so cool. It probably still has its original interior, including the AM radio, and that radio could probably pick up a station playing the hits of the ‘50s. You could drive that around and pretend you're Marty McFly for a while. Oh, and just look at those wheels! This looks like it might actually succeed in plowing snow, unlike many entries on this list. You have to hand it to whichever efficiency expert in New York's City Hall realized that, hey, since garbage trucks go up and down every street, why not hook a plow blade on front and get them to perform double duty? Seems pretty clever, doesn't it? Although you do have to wonder how the union reacted. Why yes, Sammy the Snowplow would be delighted to leave a five-foot-tall bank in front of your driveway! 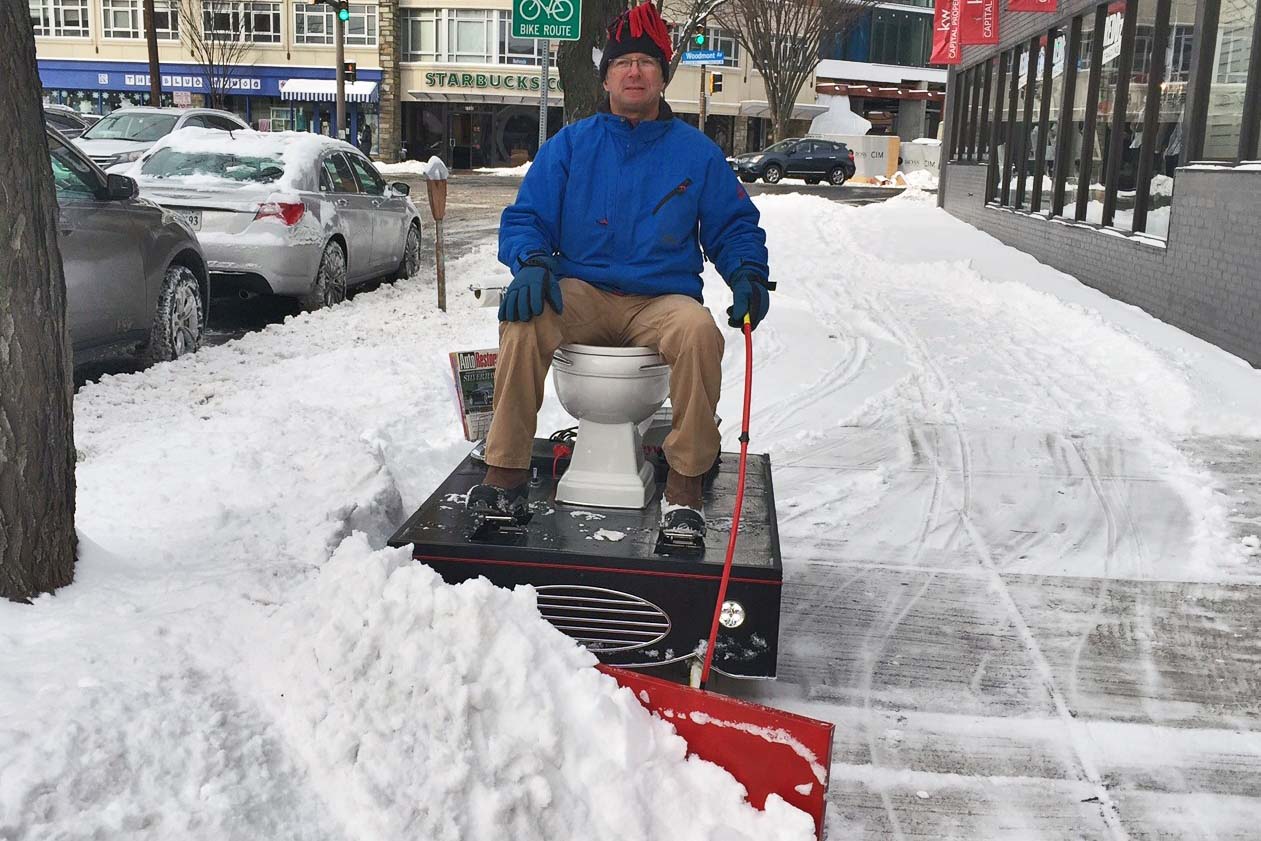 You may be master of your domain, but you can hardly call yourself a king without a throne to match. In the words of Dr. Ian Malcolm from Jurassic Park: "Your scientists were so preoccupied with whether or not they could that they didn't stop to think if they should." 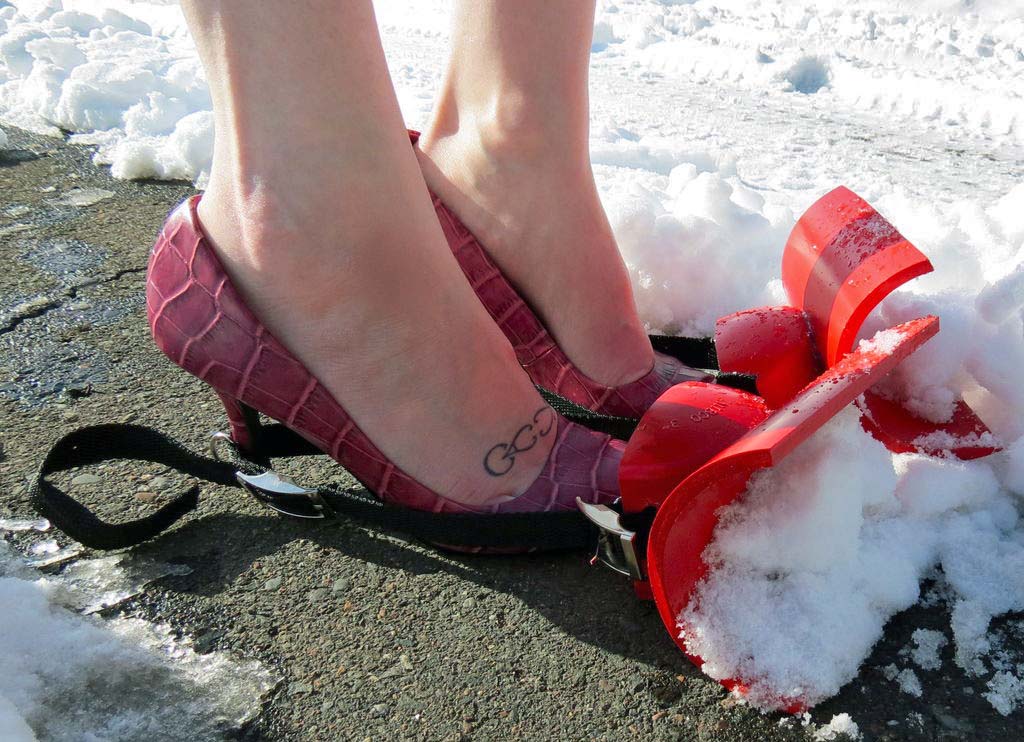 Intrigued? You can make a pair of these for yourself. No, really.