Who you gonna call?
Advertisement

Who you gonna call?

“It's like Uber for private jets / watermelon delivery / baby-sitting / cloning.” That tired VC-baiting catchphrase has become a popular punch line for pundits keen on dismissing the start-up flair that often seems eager to advertise ideas that piggyback on recently-successful public offerings.

Sometimes, however, good ideas come in bunches – especially when you're talking about harnessing the power of our connected economy. Montreal-based start-up Boostmi is hoping that a little of the Uber magic will rub off on its effort to crowd-source jump-starts for motorists who have been stranded by a dead battery.

Much like Uber, Boostmi relies on user base that has installed its app, which connects people who need a jump-start with those advertising themselves as being available to help. The business model is simple: a boost costs $25, with $5 going to Boostmi and the rest ending up in the pocket of whoever shows up with jumper cables. As with other crowd-sourcing solutions, no actual cash changes hands as all transactions are handled in the app itself. The service is also much less expensive than a yearly membership in a more traditional roadside assistance program such as one offered by CAA (although increasingly CAA or an equivalent service is bundled free of charge with the purchase of a brand new car).

“Right now we have about 1,600 users, with our main focus in Montreal,” co-founder Michael Bibeau said in an interview earlier this month. Although the end goal is to spread the Boostmi service across both Canada and the United States, Bibeau has concentrated the company's efforts on Montreal due to several partnership agreements that have been worked out in the city, including working with a number of taxi companies to take part in providing boosting services. There are, of course, users outside of Quebec who are actively using the Boostmi app, with the number of individuals signing up for an account growing substantially since the service officially kicked off at the beginning of 2016. Within Montreal, Bibeau claims a 15-minute wait time for your typical service call, although outside of the city those needing a boost could wait much longer, depending on how many users are available. 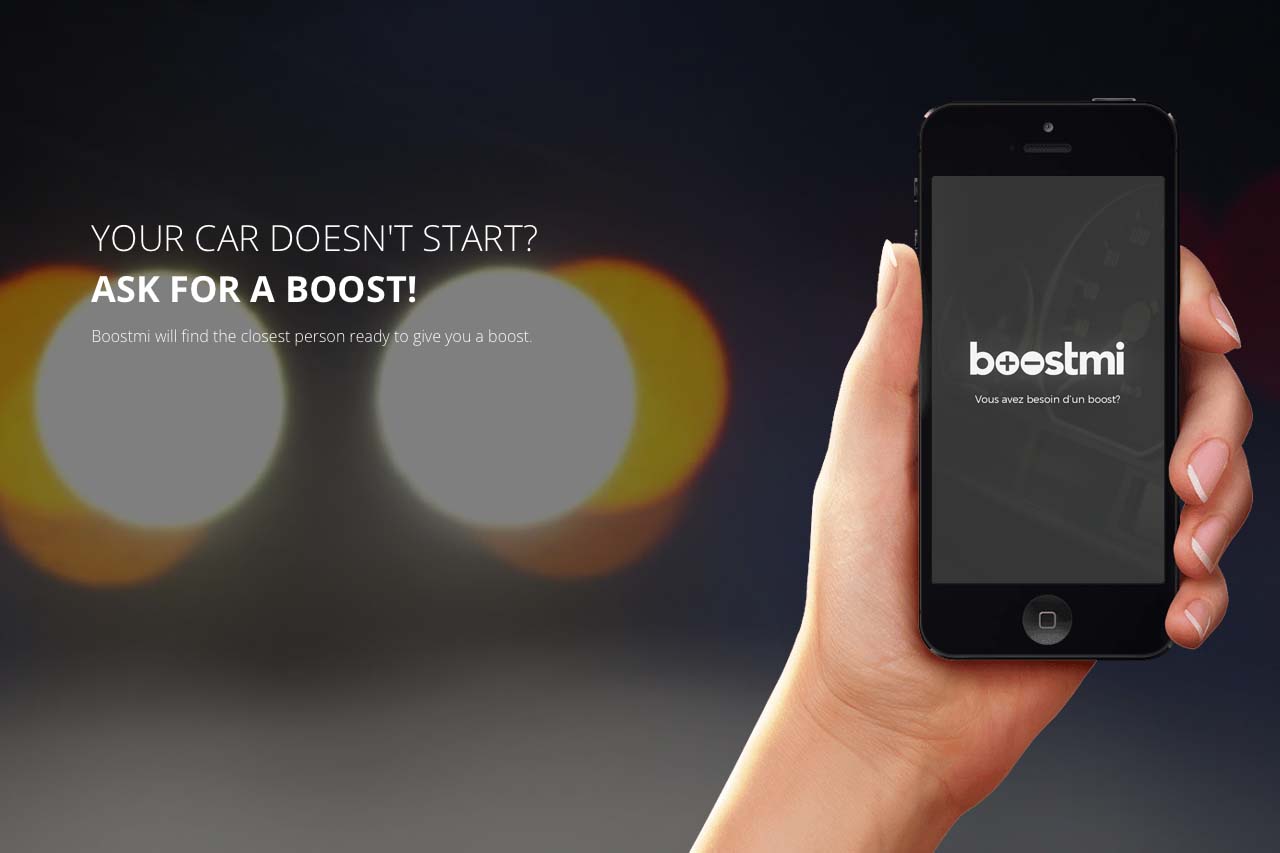 Jump-starting a vehicle's battery isn't something everyone knows how to do, and the Boostmi app comes with a walk-through tutorial designed to prevent individuals from injuring themselves or damaging either of the automobiles involved. Bibeau says that the organization is looking to provide its corporate customers with portable jump-start machines that actually make it impossible to cross-connect negative to positive terminals on any given battery. Still, it's important to note that Boostmi doesn't offer any liability coverage if something goes wrong during the boosting process – it's the responsibility of individual members to deal with any unexpected situations.

The Boostmi app is available for both Android and iOS users.