The Formula 1 class of 2016 revealed.
Advertisement

The 2016 Formula 1 world championship is almost upon us, with the first major test of the year kicking off today, February 22 in Spain. With testing comes the unveiling of the 2016 cars and the beginning of months of speculation, analysis and uncontrollable drooling.

Will 2015 Formula 1 champions Mercedes retain their dominance? Can Ferrari close the gap? Will Red Bull and Williams continue to fight it out for “best of the rest”? Time, the new tires and the ability for F1’s locked-down engine regulations to make way for actual innovation stand between the rest of the field and the two out front. But we have plenty of time to moan about all that.

For now, let’s enjoy the cars. The gorgeous, gorgeous cars…. 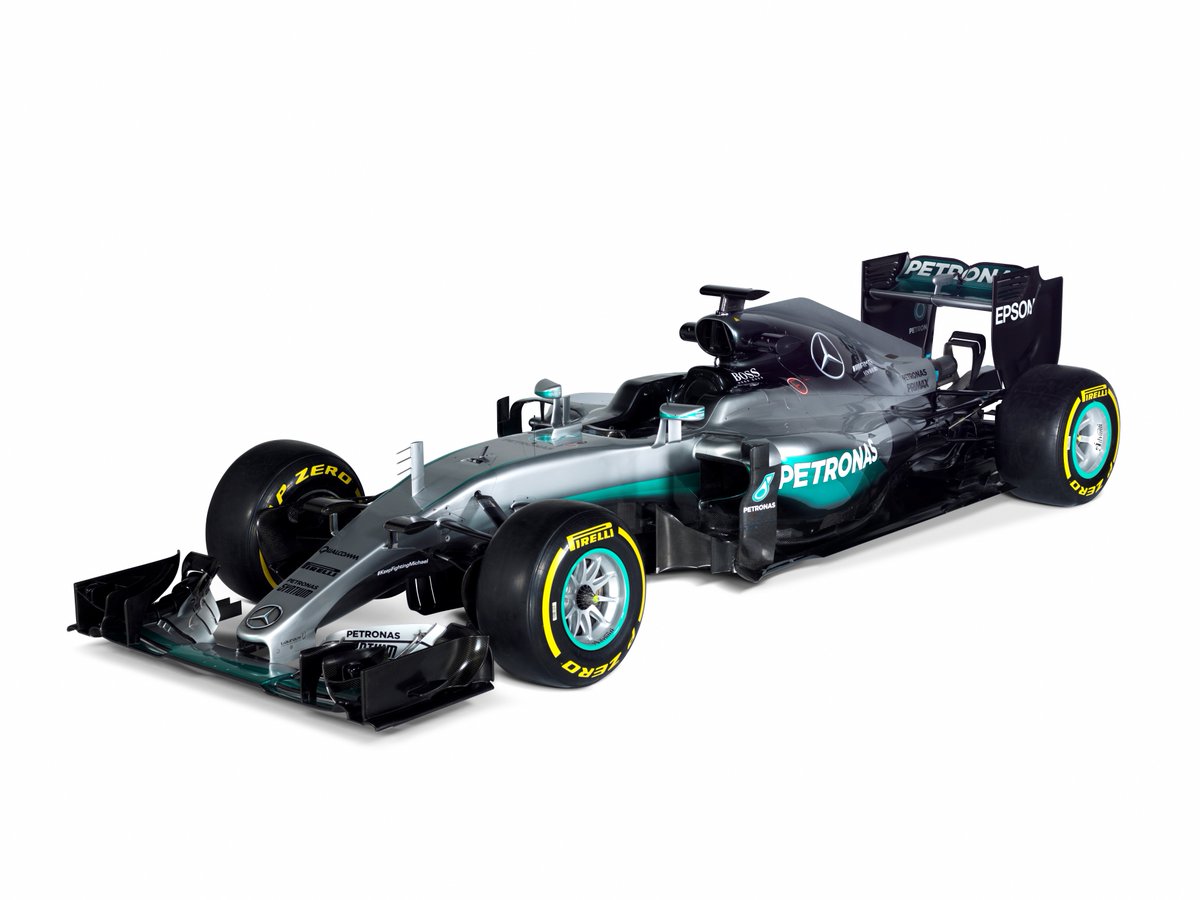 The Mercedes squad has simply blown away the field in the past two seasons, and there’s not much evidence 2016 will be any different. Their new challenger, the Mercedes AMG F1-W07 has a slightly repackaged engine and a new, larger exhaust that vainly attempts to make the cars louder. The biggest changes are in the crash structure, designed to offer more driver protection. 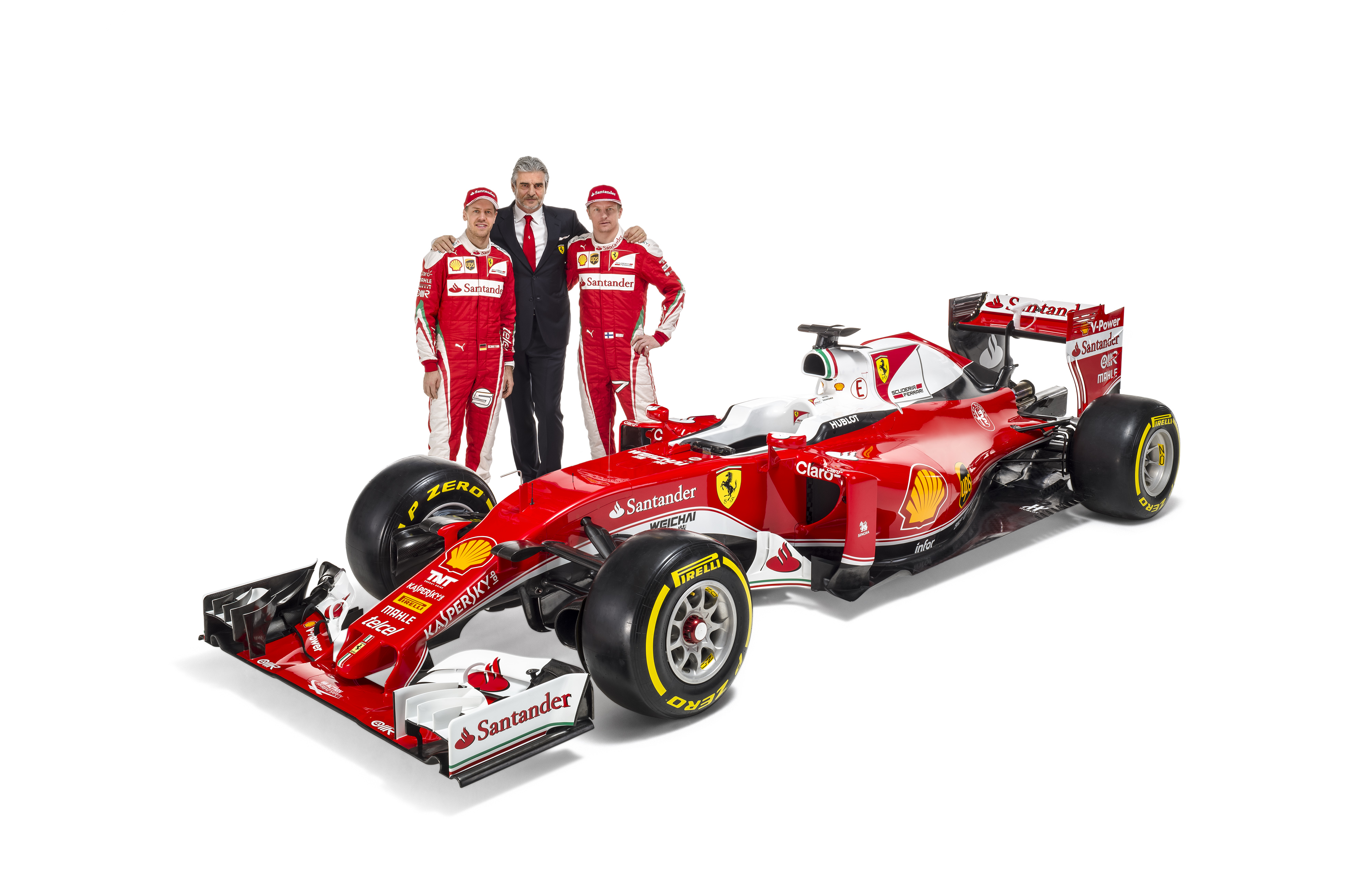 Apart from a retro-inspired red-on-white livery the SF16-H features new suspension – pushrod instead of pullrod – and a revised engine layout that the team says will improve aerodynamics. Ferrari was closest in performance to the Mercedes last year and will need a big jump to close that gap. 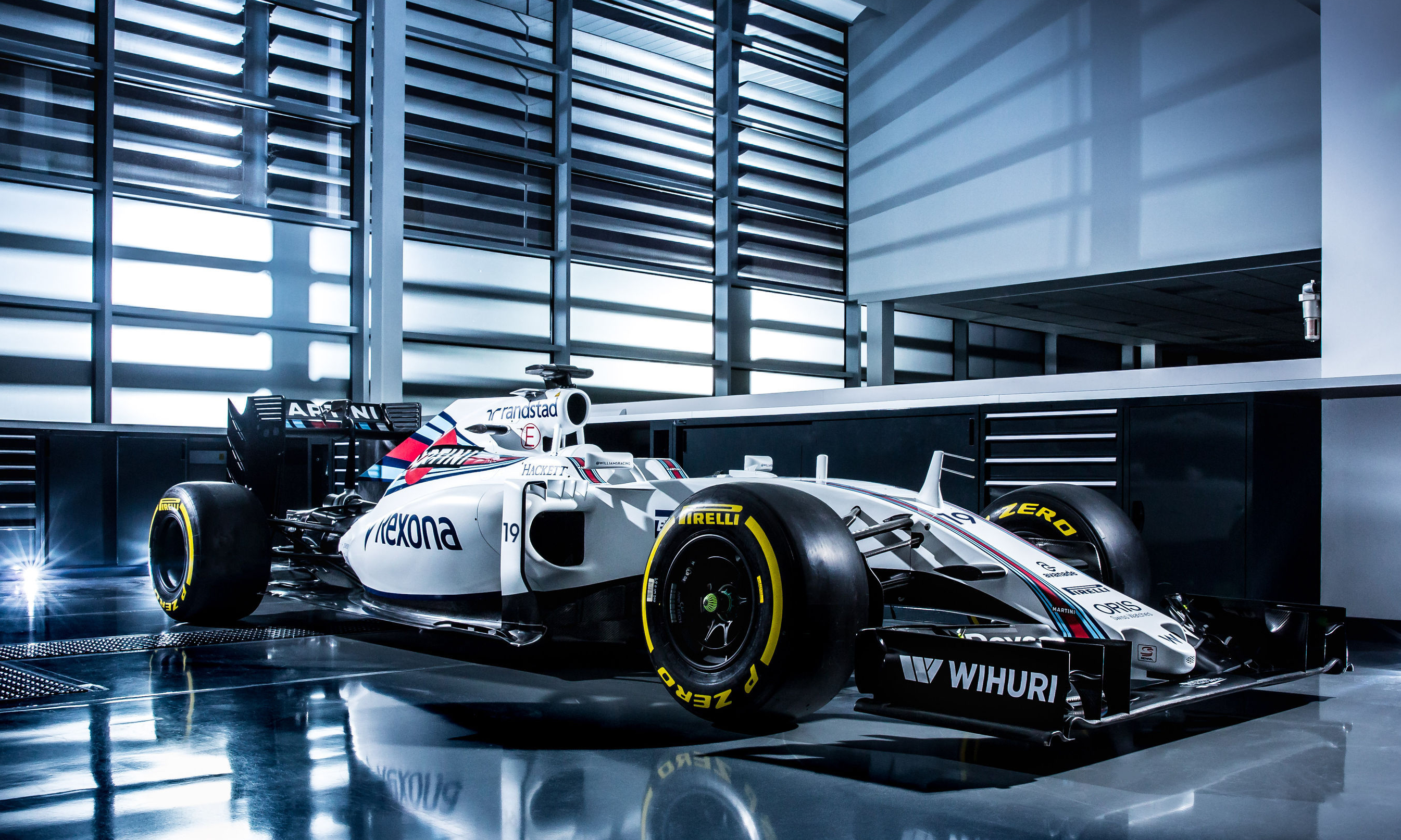 The FW38 is one of the best-looking rigs on the grid courtesy of the iconic Martini livery. The 2016 edition retains the snub nose but has shrunken engine shrouds and revised intakes. The changes are aimed at gaining Williams some low-speed handling without sacrificing the great high-speed performance they had last year. Mercedes’ strong engines might have masked the sluggishness of this chassis in 2015. We hope Williams hasn’t rested on its laurels. 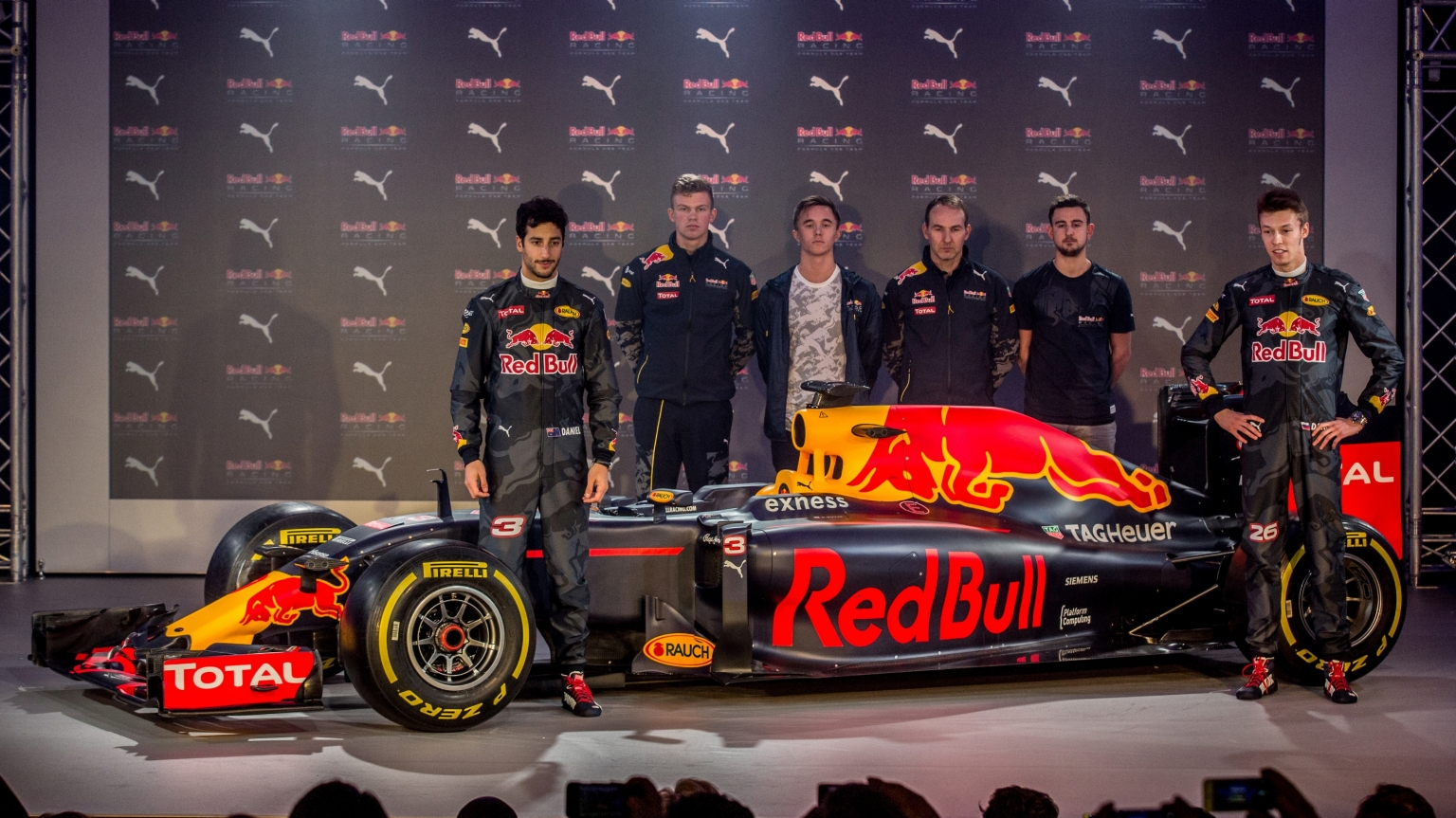 Red Bull Racing struggled in 2015. Some say less involvement from F1 maestro Adrian Newey was a key factor, and everybody agrees the woeful Renault engine was a big issue. No matter; this year the Red Bull RB12 has an engine from Tag-Heuer – yes, the watch company. That will surely help… okay, we’re being facetious. The engine is still a Renault (nobody else would give them one) but is now badged with another company’s name because F1 is bizarre. Still, the driver lineup is one of the best on the grid, so expect the Bulls to leapfrog Williams with changes over the off season. 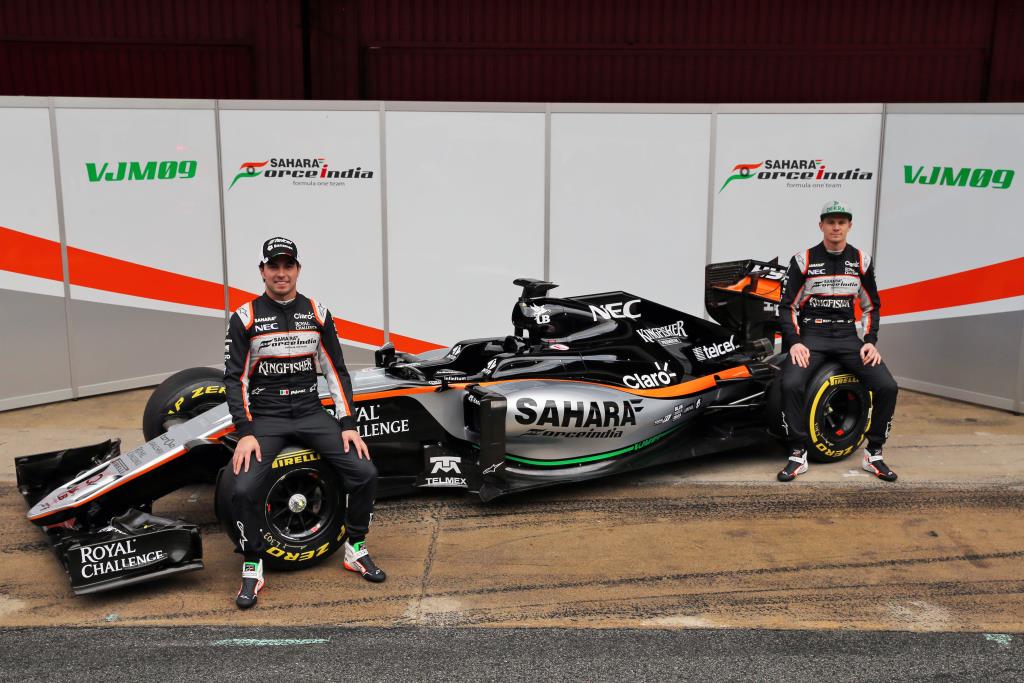 The VJM09 was unveiled in pit lane at 8:30 am Spanish time on Monday, February 22nd, hours before it rolled out on track for its first test. The Force India squad had to contend with legal wrangling over driver seats this time last year but will be happy to retain Nico Hulkenberg and Sergio Perez in 2016. Mercedes power will help Force India who will likely continue their form from last year and maintain a fairly lonely fifth spot in the constructor’s title. 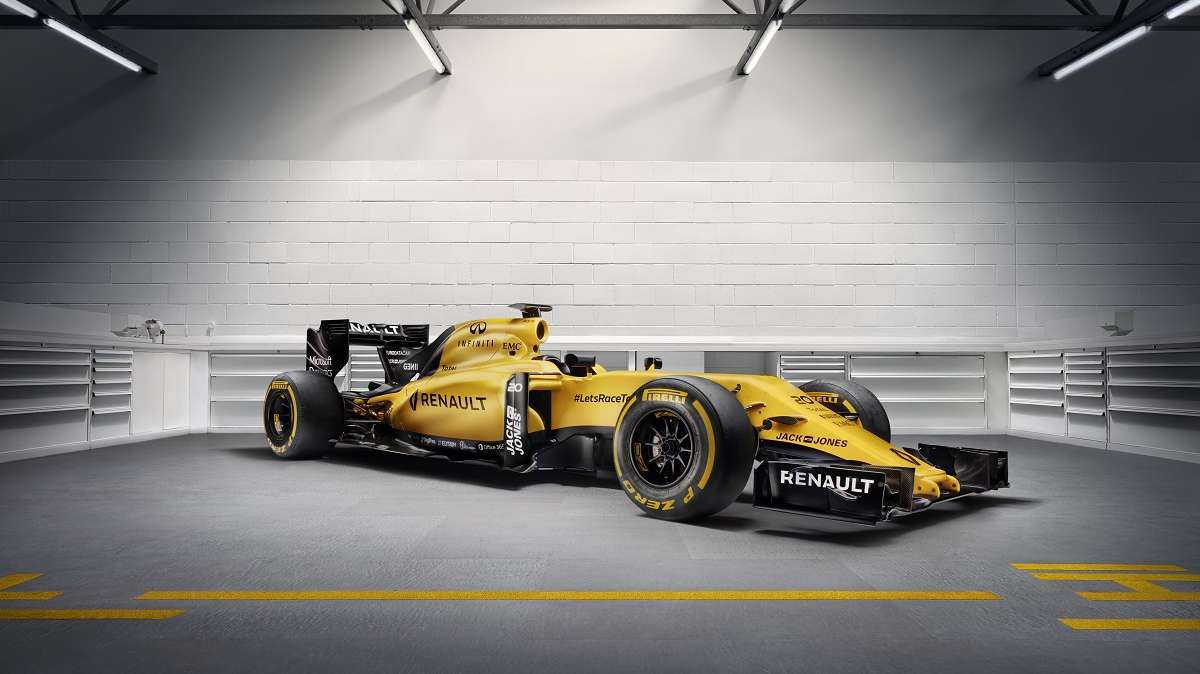 Renault is back! Renault were behind the team with which Fernando Alonso won his first world championship and have now reclaimed an F1 spot after buying out Lotus in the off-season. That buyout meant the turfing of controversial pay driver Pastor Maldonado in favour of highly-fancied Kevin Magnussen and newbie Jolyon Palmer. In the same way the Toronto Maple Leafs are 'rebuilding', Renault will struggle to right this ship in a few short months, especially given their less-than-competitive engine package. The car is stunning, though. 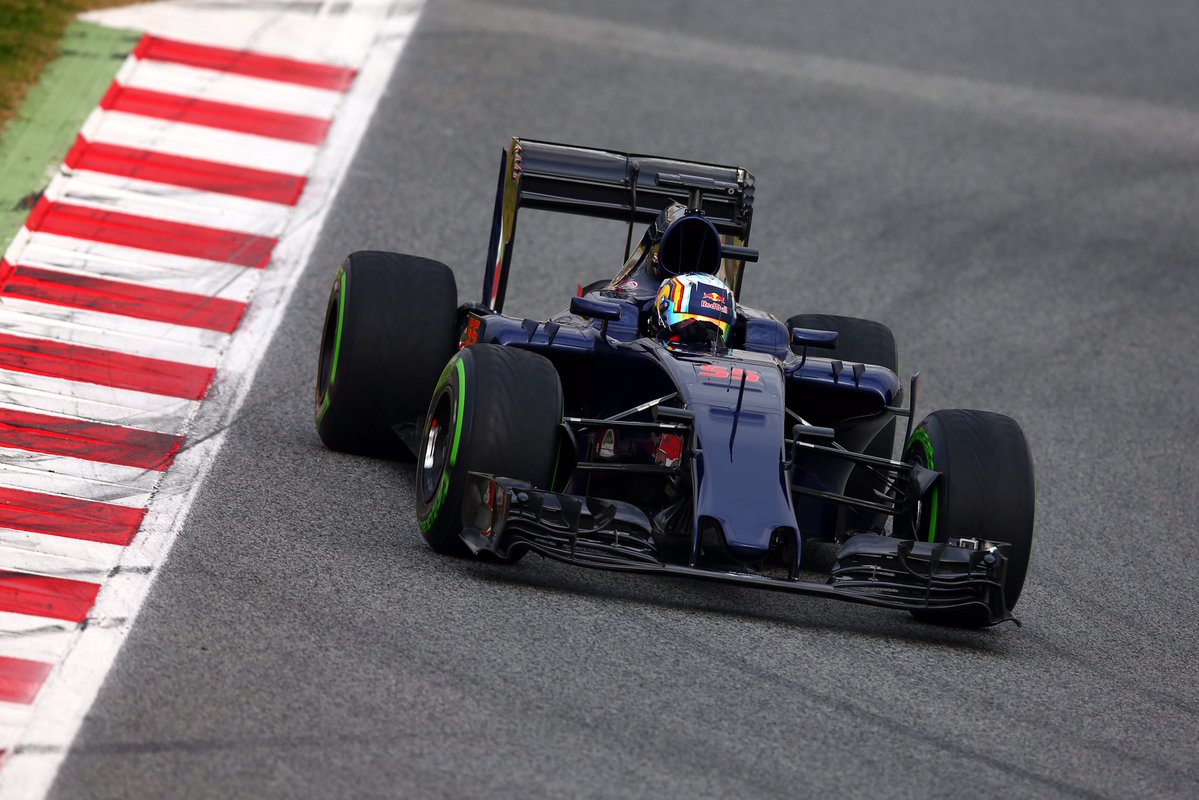 Toro Rosso have done what parent team Red Bull could not ahead of 2016 – jettison the Renault engine. Toro Rosso will have much better powerplants this year from Ferrari, which will be music to the ears of carryover drivers Carlos Sainz Jr and Max Verstappen. Verstappen was one of the most exciting drivers on the grid last year and will relish the opportunity to prove his mettle with a little more grunt underfoot in the STR11. Expect an improvement over last year. Sixth is likely, fifth is possible. 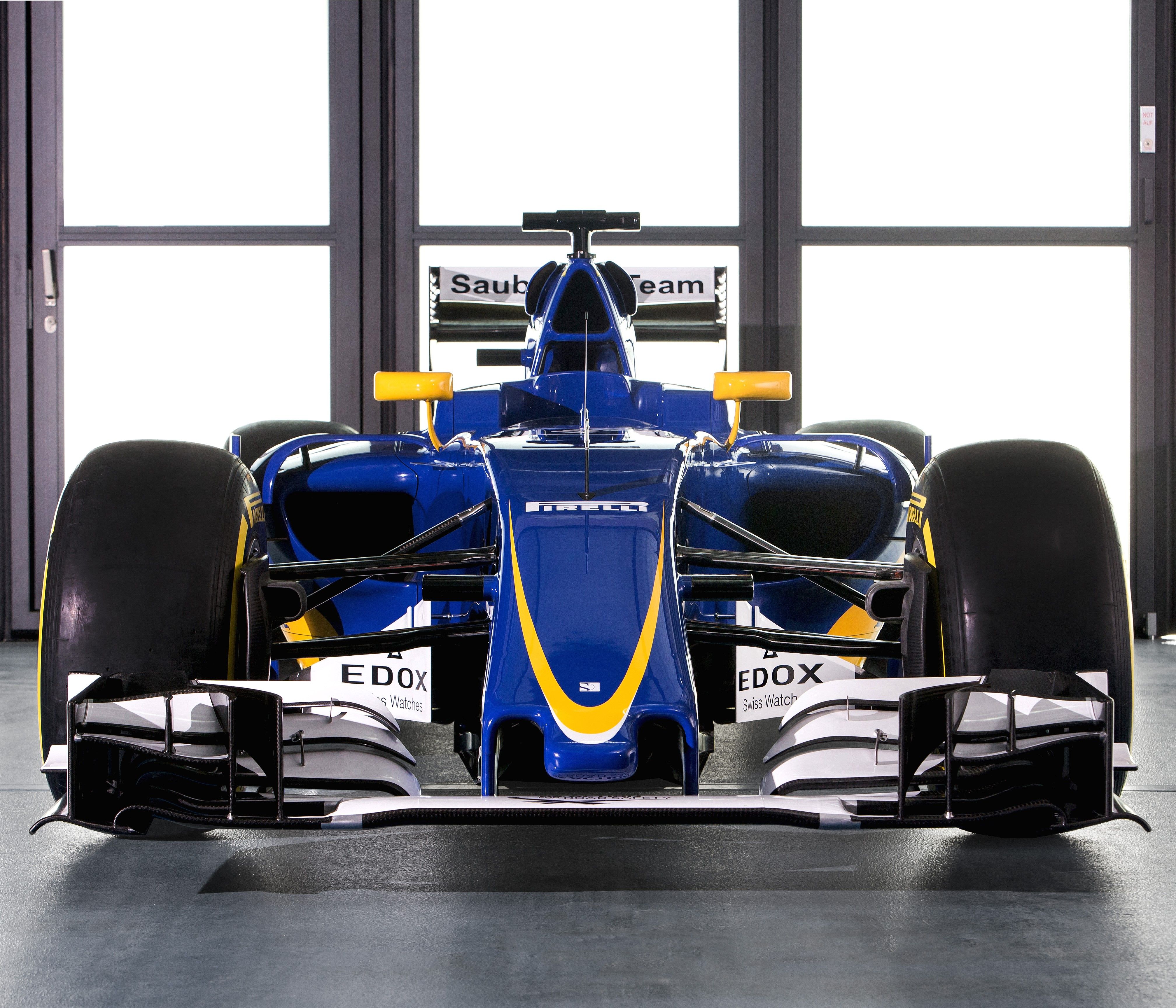 Sauber ran a modified version of the 2015 C34 at the first test before debuting the new 2016 C35 at the second. The reshuffled testing schedule is being blamed for a delay that surely won’t inspire confidence for any of the team’s stakeholders, least of all Felipe Nasr and Marcus Ericsson. 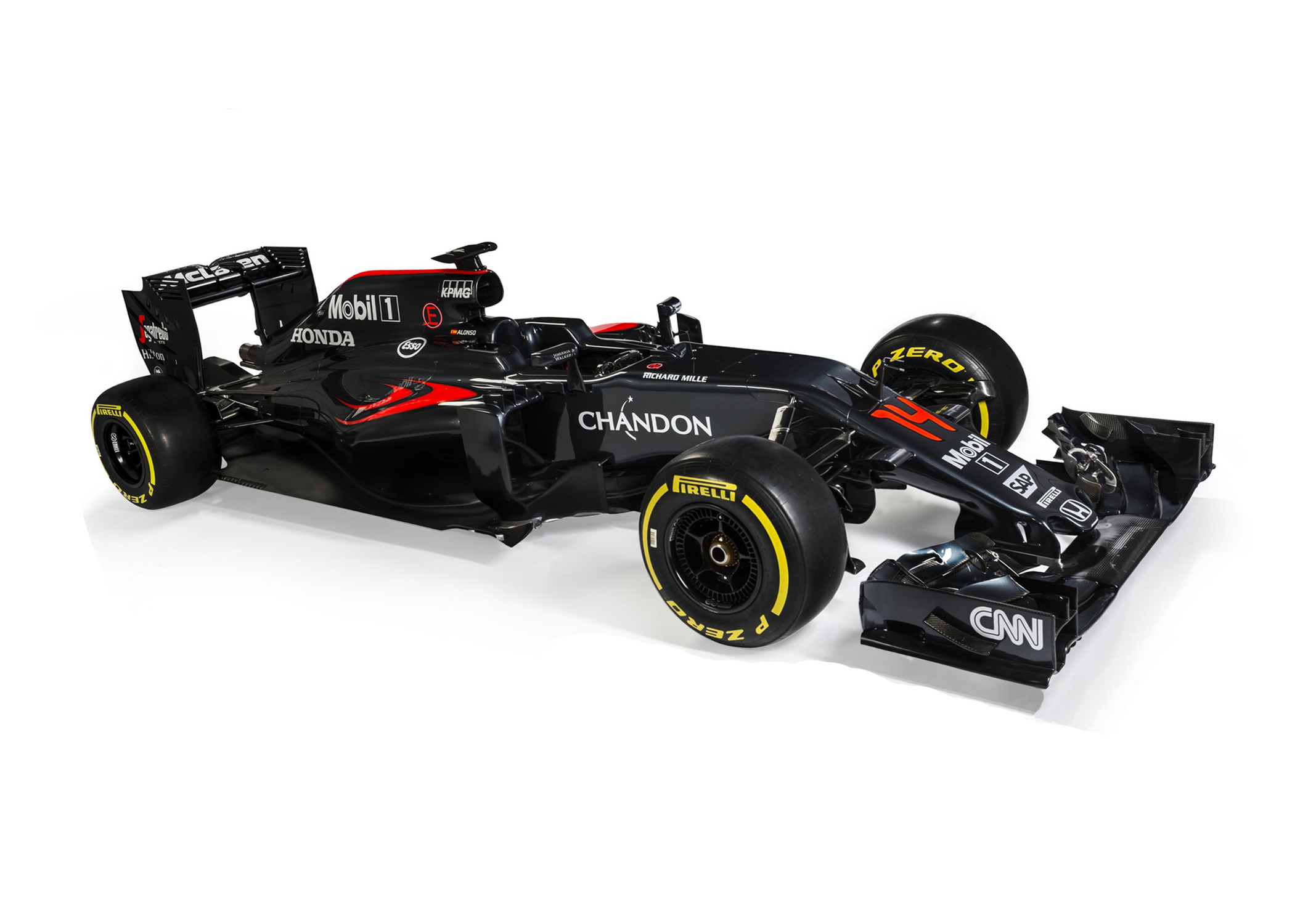 Apart from Red Bull and Renault, McLaren are the only team not running under Mercedes or Ferrari power, courtesy of their partnership with Honda. The return of Honda to Formula 1 was embarrassing for the Japanese automotive superpower – with engines lacking in both power and reliability. You can expect the team’s game to be significantly lifted for 2016, especially with the new energy recovery improvements made to the MP4. But even with two world champion drivers in Fernando Alonso and Jenson Button, don’t expect them to be any better than mid-pack come season's end. 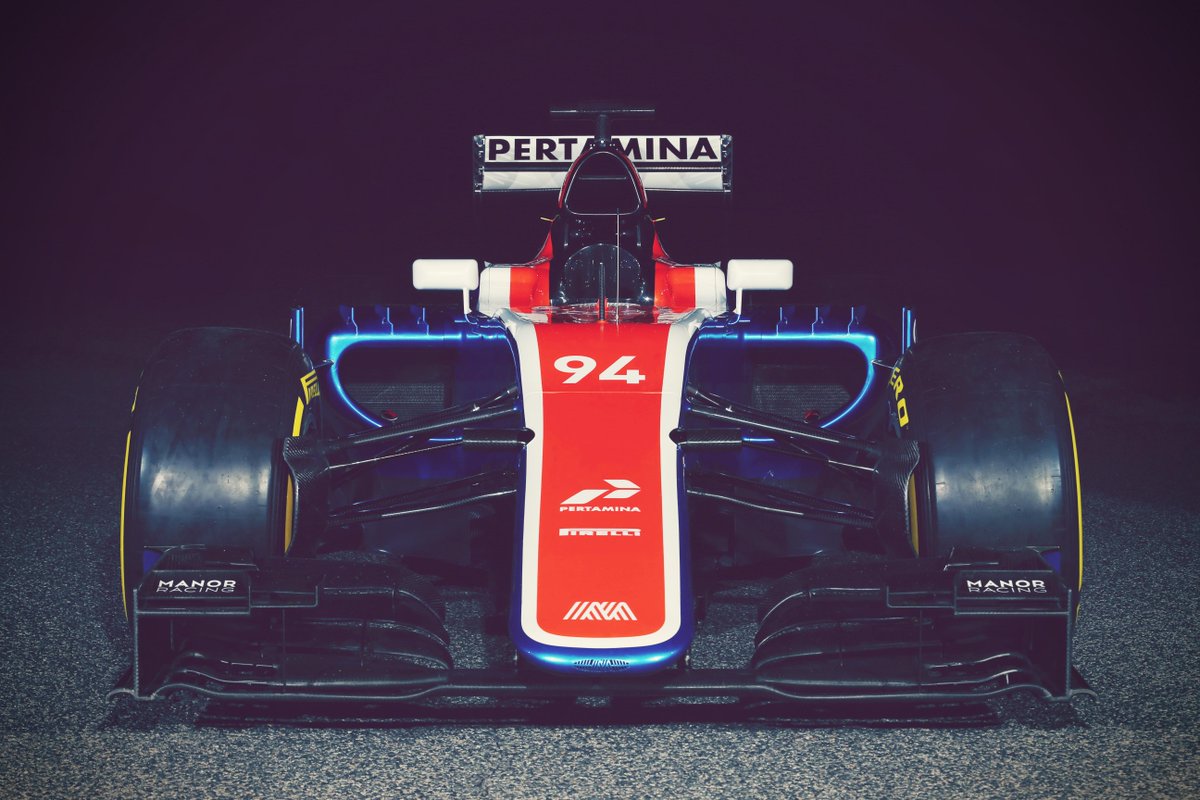 Driven by Indonesian Rio Haryanto and German Pascal Wehrlein, AKA “Wait, who?” and “Oh I’ve heard of him I think”, the Manor team’s car shows no signs of being any better in 2016 than it was in 2015. Which is to say: abysmal. In fact the 2015 car was merely a barely-upgraded 2014 chassis that was only allowed to race because… um… we don’t know. Frankly, Manor shouldn’t be on the grid. They probably won’t be by July. 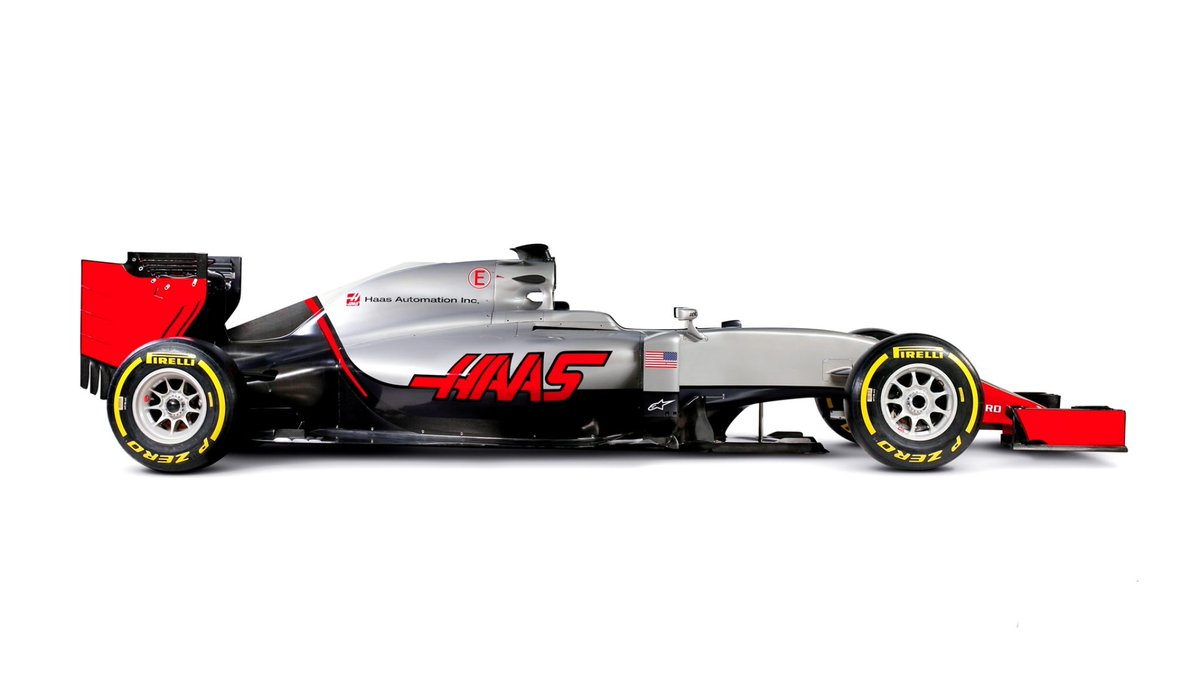 An all-US team has been missing from the Formula 1 circuit for way, way too long now and it’s great to see Haas taking his NASCAR knowledge over to F1. Romain Grosjean and Esteban Gutierrez are better steerers than the two over at Manor, and the slow, measured approach Haas has shown may prove to give them a more stable footing in the sport. A lot of North America certainly hopes so. Expect the VF-16 to be quicker than the Manor right out of the box.