A chopper by any other name would sound just as loud?
Advertisement

A chopper by any other name would sound just as loud?

There are very few things in this life that are more challenging than defining exactly what it takes to make a bike a "chopper". (And, unfortunately, one of those few more challenging things is calming down a chopper fanatic who disagrees with your definition.) Certainly there's more to it than just customizing a bike, otherwise my spray-painted Big Wheel from childhood would almost qualify. A malleable definition would be that a chopper requires extended forks, no rear suspension, and, usually, a tall back rest. Most important of all, however, is this: A chopper must look cool. Cooler than cool. The coolest. Some of them do reach that superlative. Others, as we'll see, fall far short. 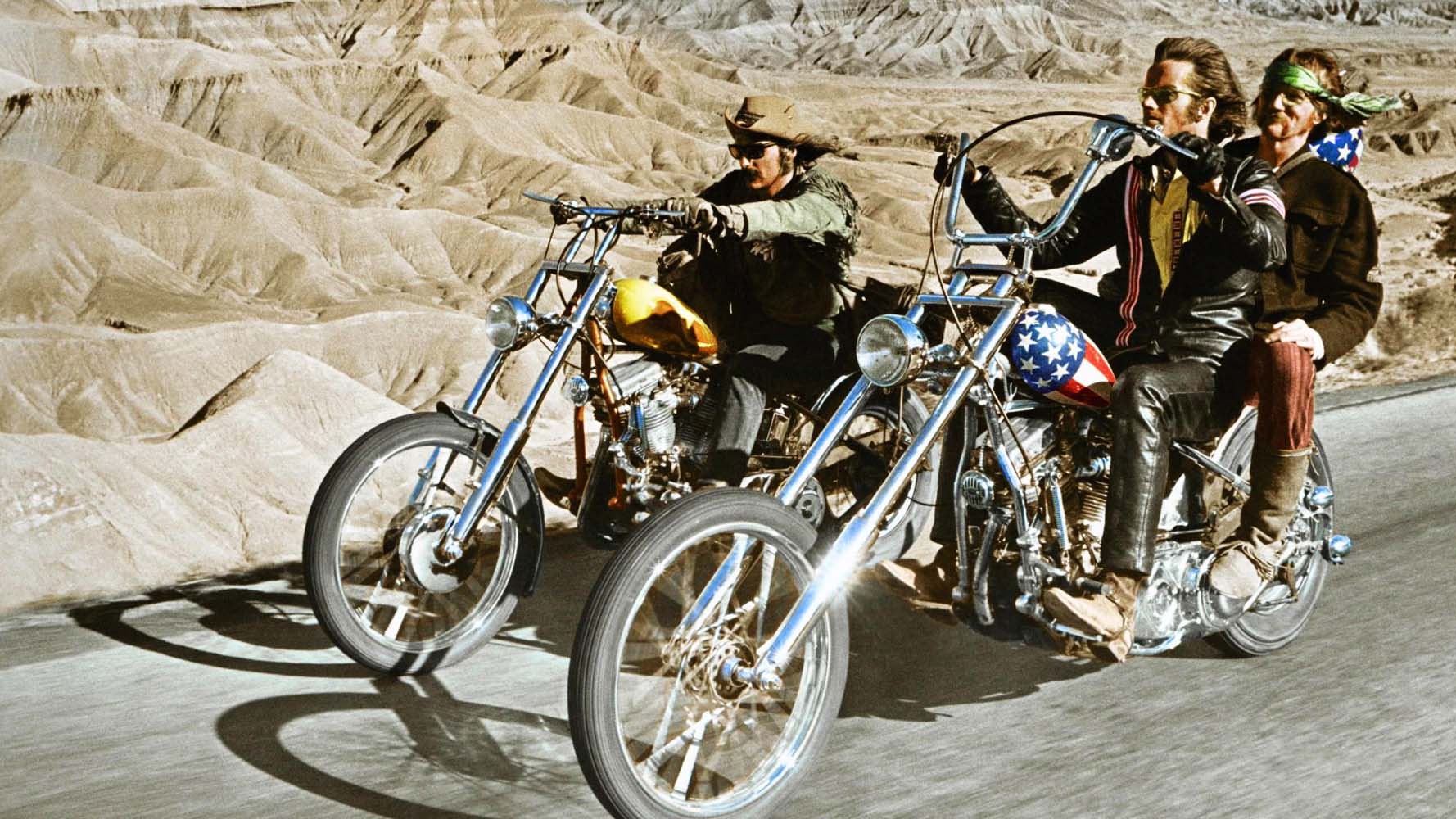 The chopper hit pop-culture pay dirt in 1969 with Easy Rider. Peter Fonda's bike, called Captain America, became a star in its own right, and suddenly, everybody had to have their own chopper. So far none have matched, let alone exceeded, this definitive bike. To this day, nearly a half-century later, fans still customize their own bikes to mimic the most famous chopper of all. 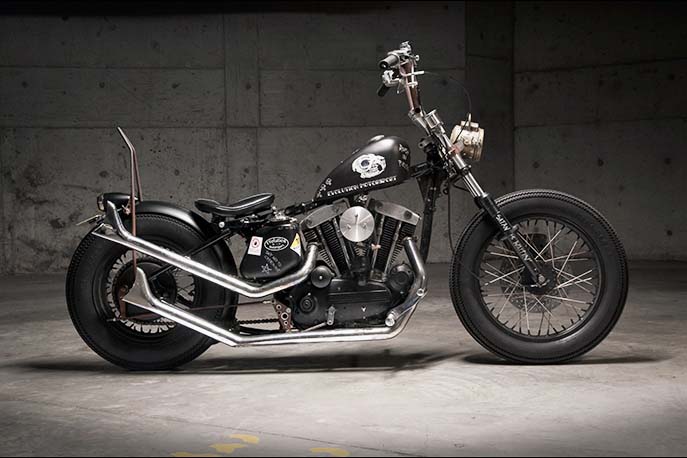 Already we're violating our not-so-strict definition of choppers with this black beauty, which features shorter forks and no back rest. However, there's no doubting its qualifications. It just looks cool, and looking at it you just know the owner takes no nonsense from anyone. 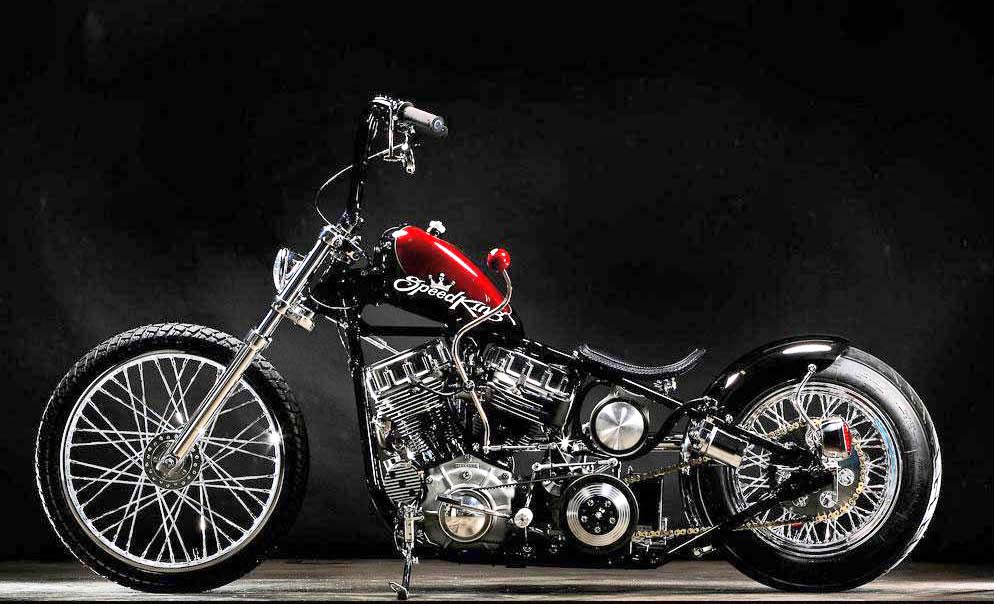 The dash of colour proves the old saying that less is more. A completely red chopper would look ludicrous, like something a clown would launch off a ramp under the big top, but a black one with a touch of cherry red screams awesome. Note too the extreme slope leading to a much lower seat, adding to the bike's sleek look. 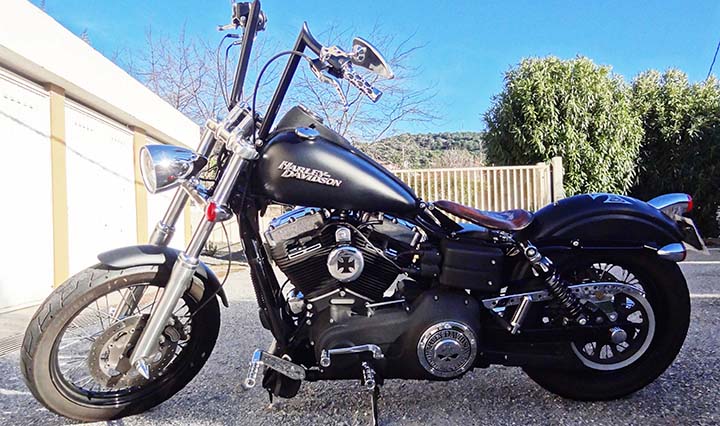 There's one other point of contention when it comes to defining a chopper, and try as we might there's just no avoiding it. That is, some will argue that only Harley-Davidsons can be choppers – all other makes are wannabes. They will argue this to the death. (Your death, make no mistake, not theirs.) On this, I offer no opinion. You're nuts if you think I'm getting in the middle of it all. Again, this owner of this bike knows the power of restraint. This is a nice bike. With shortened forks, the most prominent features are the handlebars, or "ape hangers", as cool people like me refer to them. 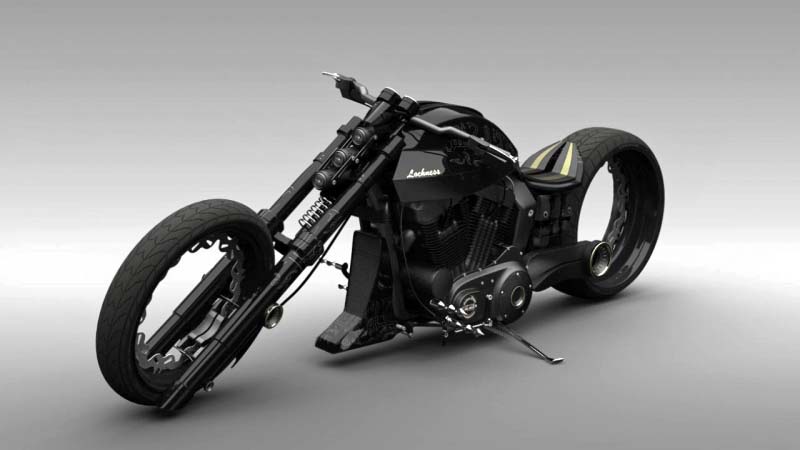 In 20 years, will everyone be riding bikes like this? Will this entry look prescient, like 50 percent of Back to the Future 2, or be lamented as a missed opportunity, like the other 50 percent of Back to the Future 2? This is without question a chopper, a highly, highly customized chopper, which the Iranian designer named after the mythical Loch Ness monster. One has yet to take to the streets but my goodness wouldn't people stop and admire if it did. 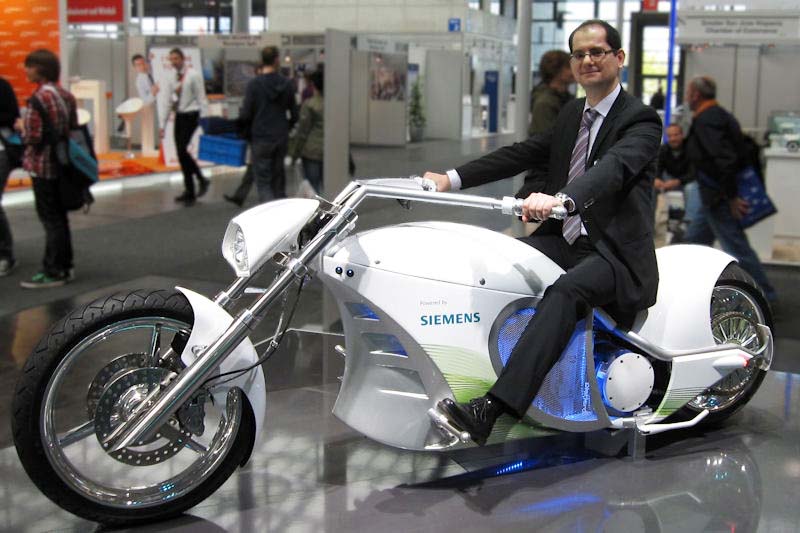 This is, so we're told, the first electric chopper ever built. At full charge, it has a range of 100 km, and can go up to 160 km/h. Of course, this chopper will save on fuel. It will especially save on fuel because no one will want to ride it. Seriously, though, it's great that electric choppers are starting to appear, and with luck future ones will appear a little more stylish, without the blatant corporate branding. 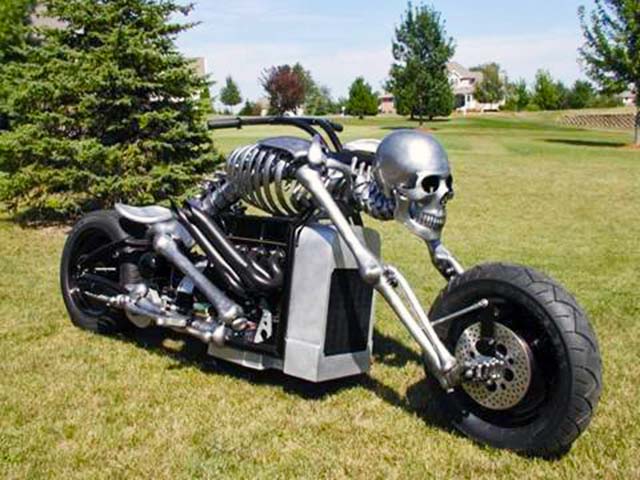 Not quite sure if this is supposed to be a joke, or if it's a serious attempt at being intimidating. Real tough guys don't have to advertise. 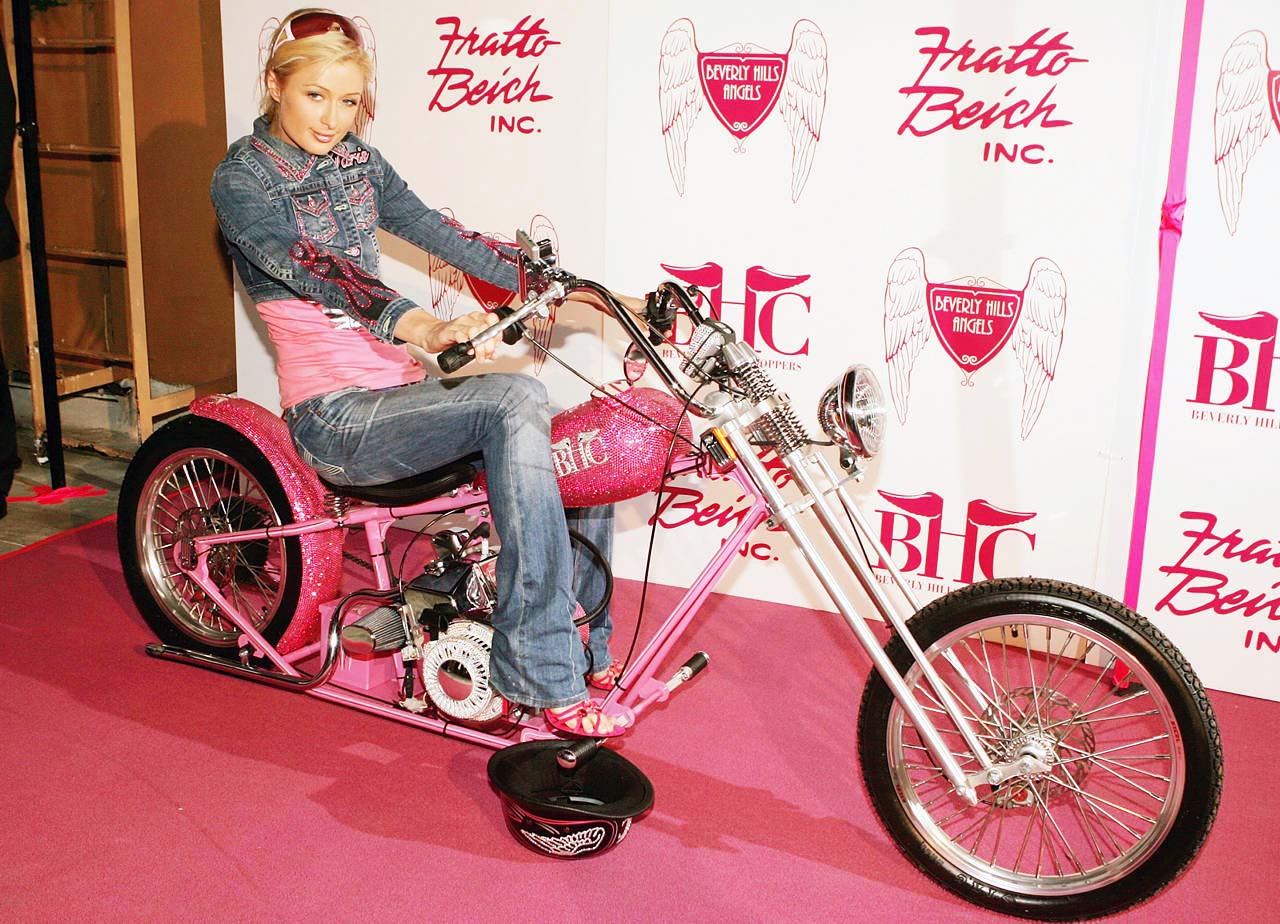 This is what I'm getting you for your birthday.

Believe it or not, that's a real alligator carcass up there, dragged out of the Florida swamp, and with a speedometer wedged into the back of its skull. No joke. The bike was created as a prize in a fundraiser for a group that rescues animals. Um, except for this alligator. It was not rescued. In the end, I wonder, would this even be legal to ride? 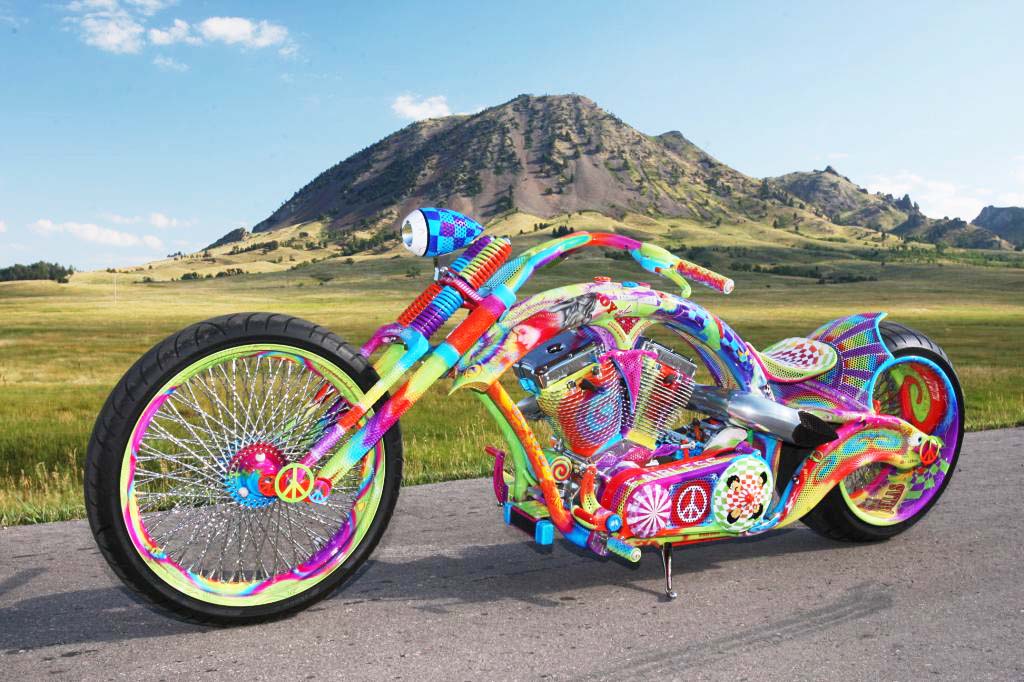 Okay, you have to admire the work required to customize this bike, as you can't put a motorcycle through a tie-dye process like you can a white shirt, and neither can you just spray paint this design. That means that every square centimetre of this was done by hand. That takes dedication. That said, other than a Grateful Dead concert, where are you going to ride this?