You’re a badass Canadian. You laugh at blizzards. You scoff when the weatherman says you should probably avoid driving on account of snow and ice. You relish the thought of mocking Mother Nature by tearing through the worst of her winter driving conditions with good winter tires, all-wheel drive, and confidence to spare.

For you, winter isn’t an excuse to stay indoors and hide under a blanket with a Danielle Steele novel: it’s an invitation to get out and do stuff. Winter stuff.

Few vehicles are as handy for doing winter stuff as the Winter Wagon. It’s got room for your peeps, pets and gear. Add a roof-rack to expand cargo capacity, and BOOM: you’ve got SUV functionality, but without the handling of a dumpster. Plus, travelling by Winter Wagon tells your fellow motorists that you’re a total boss who doesn’t stop on account of a little snow.

Oh, and remember: we’re looking at wagons, not sedans, coupes or hatchbacks like the Subaru WRX. If you’re looking for any of those, click on this.

Below, we’ll look at few Winter Wagons from the used car marketplace that offer year-round driving thrills and an extra helping of fun at the wheel when the going gets greasy. 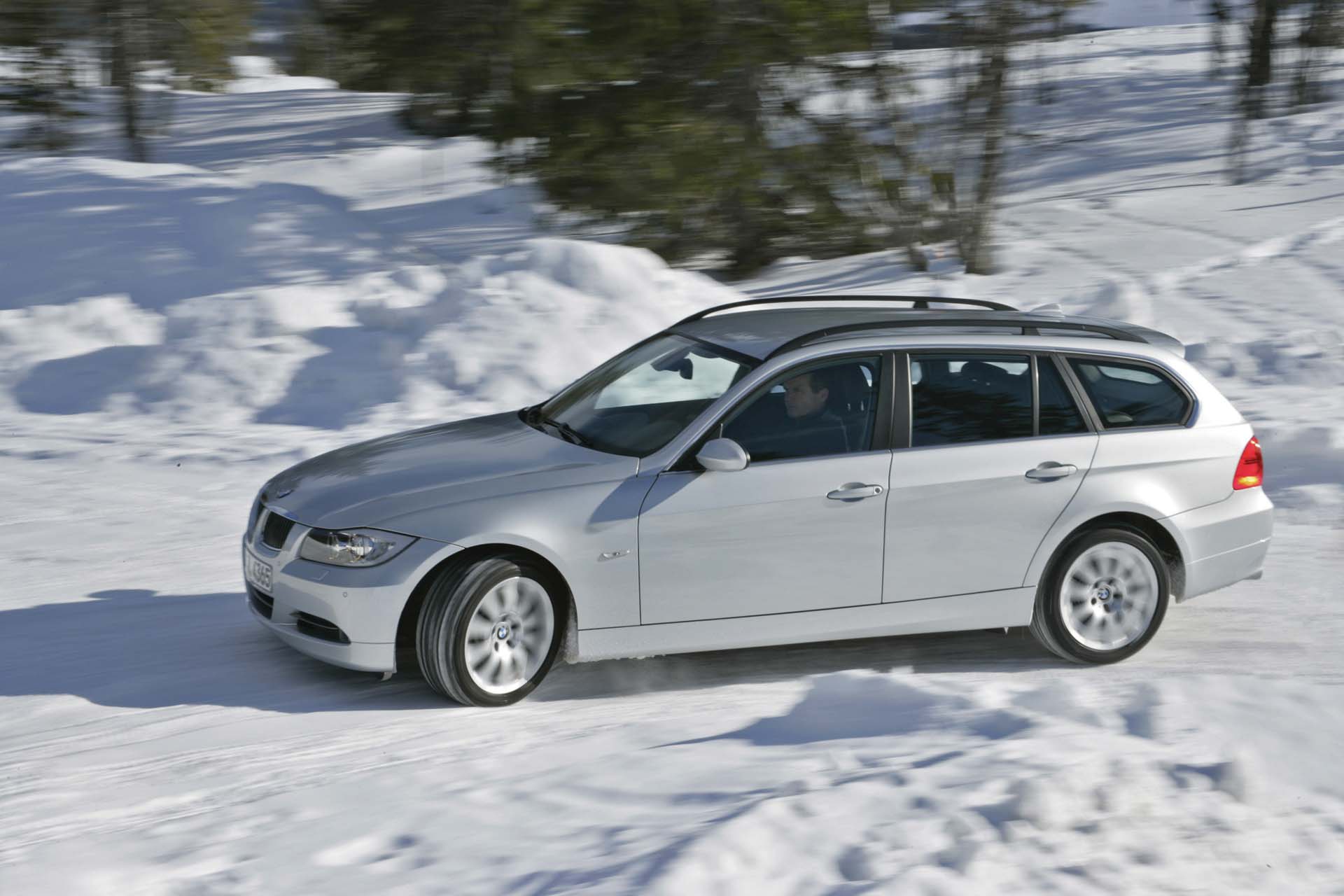 Look for a naturally-aspirated straight-six in all copies of the last-generation 3 Series wagon, as well as xDrive AWD, a six-speed transmission in the driver’s choice of manual or automatic, and the full suite of BMW upscale feature content – including navigation, push-button start, premium audio and more. With 1,385 L of maximum cargo space and a full range of roof-mounted cargo-carrying accessories available, this generation 3-Series wagon makes a flexible and luxurious ski-trip hauler for the active family or couple.

Begin with a full inspection of the 3-Series’s interior and body. Look for cracking or chipped paint, and inspect all seats and leather surfaces within the car for signs of wear, rips or cracking. Some owners have reported cracks and tears in their seat leather after just a few years.

Ensure all door locks and the hatch release work properly. Ditto the keyfobs. And, as it goes with any used German car, inspect the 3-Series exhaustively for signs of electronics and wiring problems, ensuring any and every feature and system that runs on electricity within the 3-Series Wagon is working as expected.

Start the engine (make sure the seller hasn’t pre-warmed it) and listen for any unwelcome ticking sounds from the cylinder head. Some owners have reported issues with noisy valve lifters, which may require replacement. This seems more prominent on earlier models, and is less likely if the model in question was subjected to on-time oil changes, consistently.

Check for any Check Engine or other warning lights in the instrument cluster, too, and access the Check Control function of the driver computer to find any outstanding warnings or maintenance issues. A pre-purchase inspection by a trained BMW mechanic should be considered mandatory to ensure the 3-Series you’re looking at is in top-notch shape. While there, the mechanic can also check to see if any recall work is outstanding on the 3-Series you’re considering. 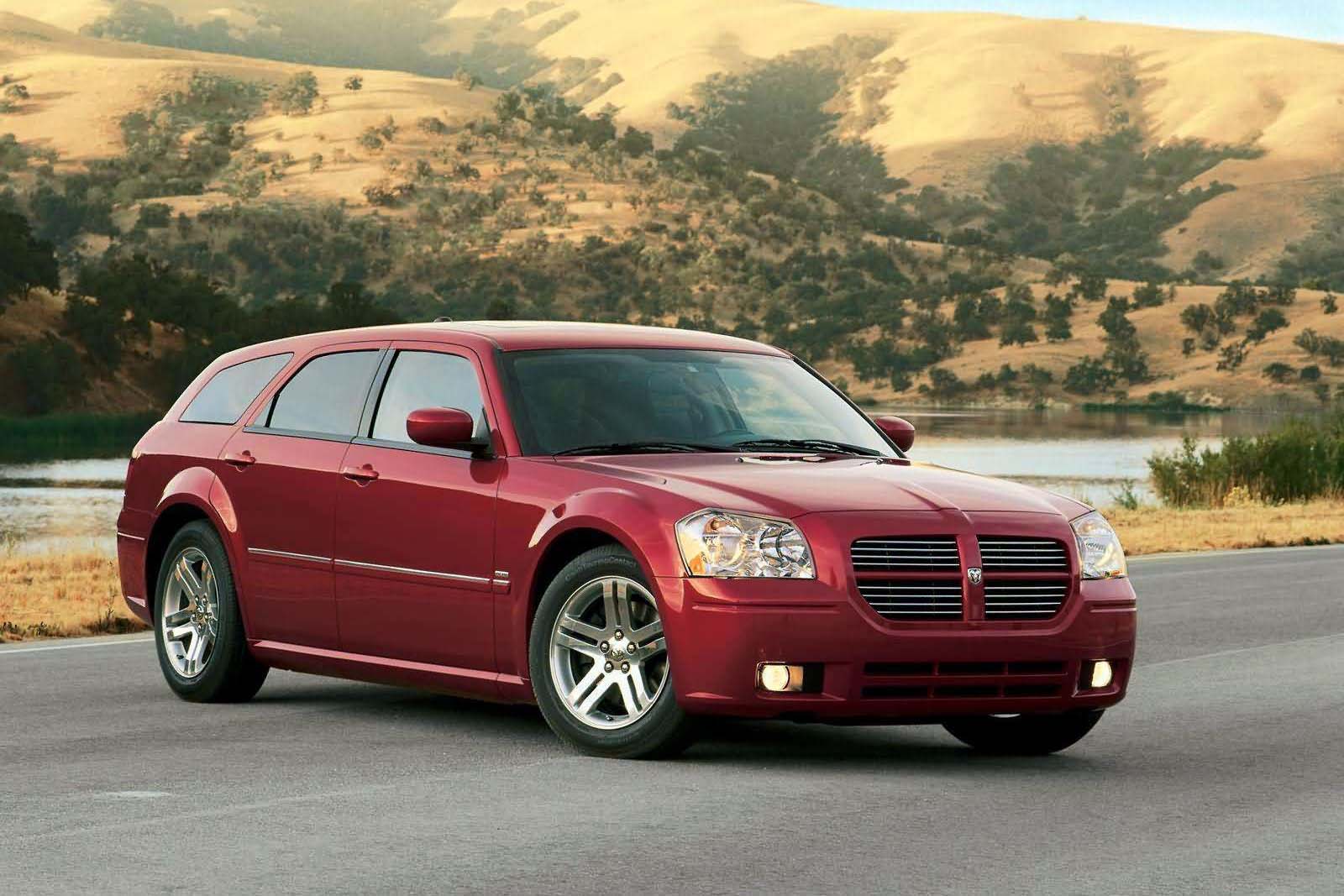 A 5.7L HEMI V8 with 340 horsepower or better and available AWD make this affordable used rocket wagon a high-performance, high-traction option for wintertime travels. Look for Bluetooth, heated seats, rear-seat entertainment, navigation and plenty more – as the R/T variant of the Magnum came nicely loaded, and may have had numerous options packages added to the mix. There’s plenty of room for four adults on board, too, though rear headroom is a bit tight.

Be sure to check for proper operation of all interior accessories on a test drive, paying special attention to the functioning of the windows and sunroof. Inspect the condition of seating and upholstery, remembering that the condition of a vehicle’s interior is a good indication of how well it was maintained mechanically.

Note any leaks, dents or excessive rust underneath – and be sure that fluid isn’t seeping out from the differential or front transaxle assembly on AWD models. Transmissions were somewhat prone to leaks from a pressure switch mounted through their housing, though this problem should be fairly obvious if apparent, and isn’t overly pricey or complicated to fix.

A mechanic can inspect the underside of the car in a few minutes. Have them check the condition of the suspension, tires and brakes, too. If attention is required to any of the above, be sure to call it into pricing negotiations. Note that rough shifting from the automatic transmission may require re-programming of the transmission’s computer system. It could also indicate a transmission that’s about to turn into confetti. If the transmission on the Magnum you’re considering does anything fishy on a test drive, be double-sure to have it checked out. 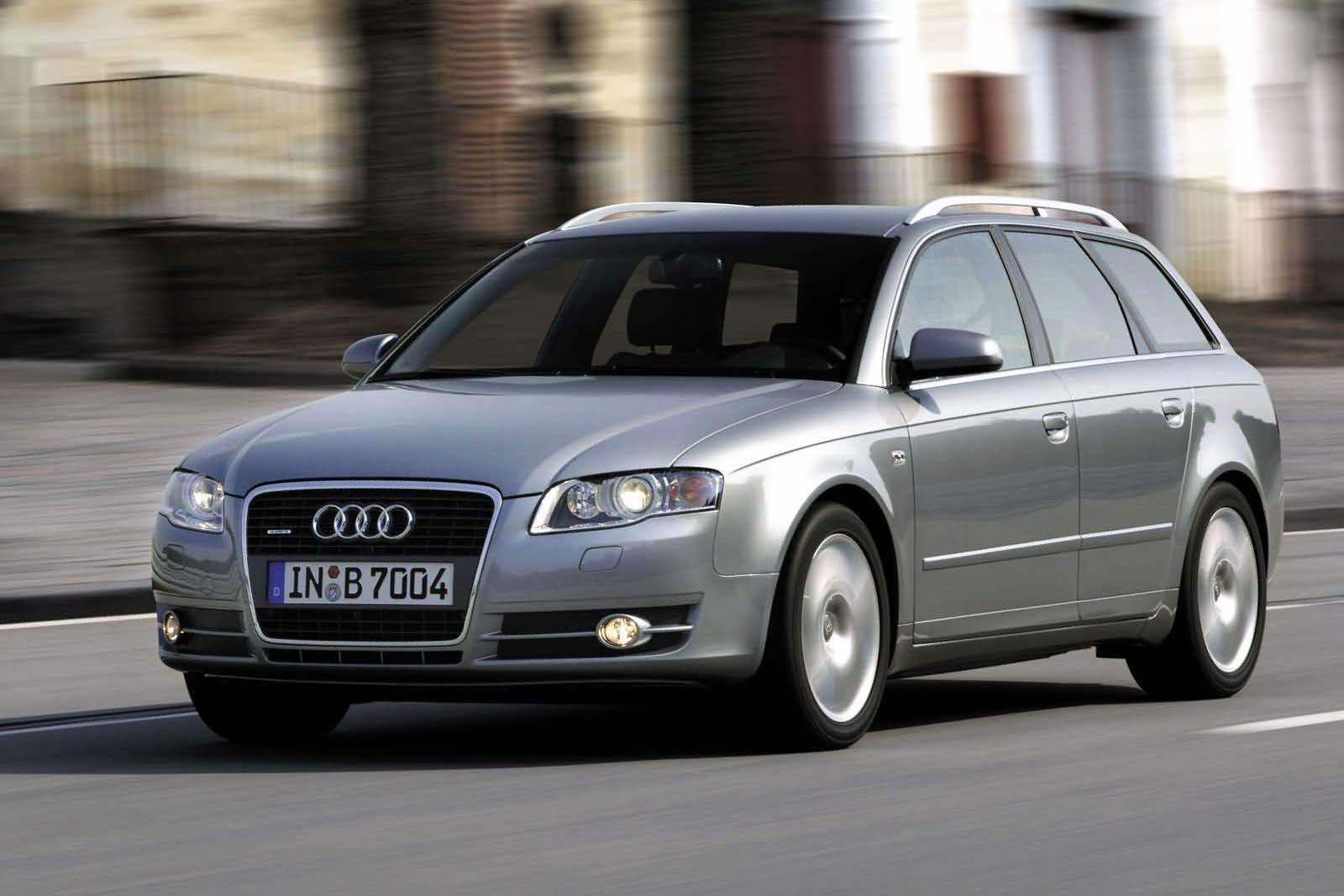 When this generation A4 launched, it boasted better-than-ever looks, dynamics and new technology that was all fancy. All-season confidence has been a big draw to the A4 for generations, and it’s delivered here in the form of features like automatic lights and wipers, as well as the performance of the Quattro AWD system, and a full range of standard traction-enhancing driver-support functions. Find an A4 Avant with upgraded xenon lighting and a washer system for maximum after-dark winter driving confidence.

Ensure both remote keyfobs work properly, and ensure the A4 starts up quickly and strongly. A weak battery can cause issues getting the A4 Avant to start quickly, or at all, via the push-button. Note that in complicated vehicles like this one, low battery voltage may cause other issues – so budget for a battery tender to keep your A4 properly charged if you’ll only drive it occasionally.

Owners report a list of fairly easily-diagnosed problems that potential shoppers should be aware of, including some related to fuel injectors, fuel pumps and ignition coil packs. These issues are typically easy to spot, thanks to a no-start situation, very sporadic performance, or the presence of a check-engine light or trouble code stored in the engine computer. If the A4 you’re test-driving performs poorly, seems to have chunks missing from its power curve, or exhibits patchy or inconsistent performance, consider the above to be prime suspects.

Oil consumption is another popular and well-documented issue with the B8 generation A4, with numerous owners discussing their experiences with oil disappearing between changes, and others reporting no problem at all. Plan to keep your eye on the oil level of your A4 by checking it often and keeping it topped up. If the unit you’re buying has some factory warranty remaining, be sure to advise your dealer’s service department of any noted oil consumption before the warranty runs up, and confirm that it’s documented.

Have a mechanic inspect the coolant level of the A4 you’re considering, and check for the presence of any fluid leaks. Low coolant levels or a leak could both be signs of a water pump that’s about to need replacing. 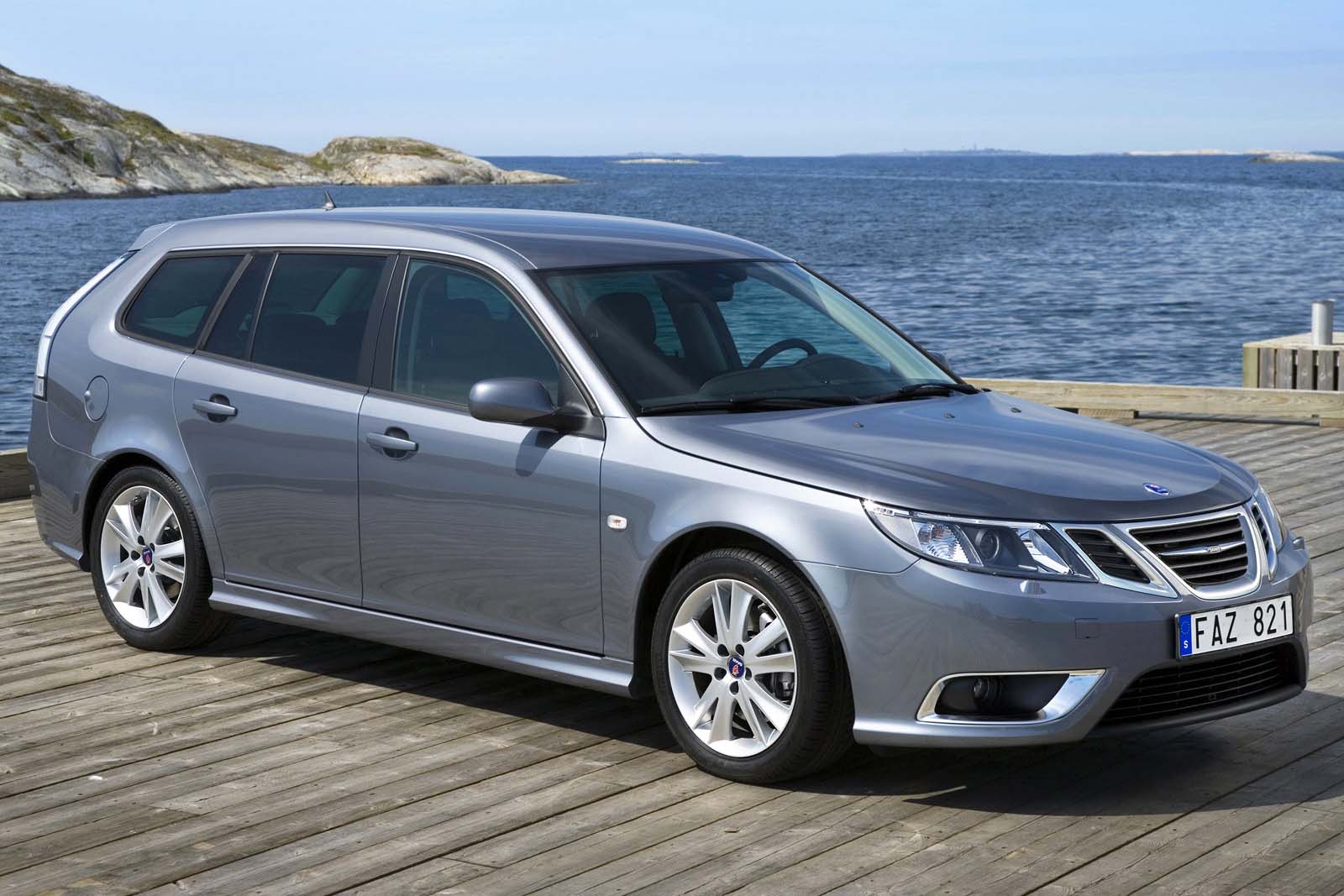 Want to roll up to the chalet in the rarest of rare winter wagons? Seek out a Saab 9-3 Turbo X. If you can find one of these rocket sleds for sale (good luck!), you’ll get a 2.8L turbo V6 good for 280 hp and even more torque, a slick Cross Wheel Drive (XWD) system, “What The Heck Is That??!?” styling, and even a manual transmission option. Note that finding a Turbo X Sport Combi for sale will be akin to finding a real-life unicorn, and finding one with a manual will be even tougher. Still, search with patience and find one, and you’ll be rocking the rarest modern sports wagon anyone’s ever seen. Don’t miss the Saab night-panel display, which darkens most of the instrument cluster for reduced after-dark distraction.

Start your test drive with a check for signs of a worn turbocharger, which may present itself in a number of ways. Ensure the engine hasn’t been pre-warmed ahead of your test drive, insisting you watch it start up ‘cold’. Look for smoke from the tailpipes during idle or acceleration, and have a mechanic look for heavy oil deposits or pooling in the charge pipes or intercooler. Assume the seller is trying to pass an expensive turbo replacement onto you until you have reason to believe otherwise.

Check all service records where applicable, ensuring the vehicle’s former owner(s) were fond of sticking to oil and fluid-change schedules.

Thumping or popping noises from the rear suspension could indicate a blown shock absorber, which may be leaking a fluid visible to the eye upon inspection. Any unwelcome ticking or binding sounds in the front end could be the result of a cracked or damaged front coil spring.

Inside the car, ensure you note no issues starting the engine, which could be caused by failure of the electronic module embedded within the vehicle’s key.

Owner’s forums indicate a few other potential problem areas to be aware of, mostly electronic in nature. Be triple-sure all on-board electronics, locks, switches and controls work as expected. Pay special attention to the wipers and squirters as well as the climate control fan. 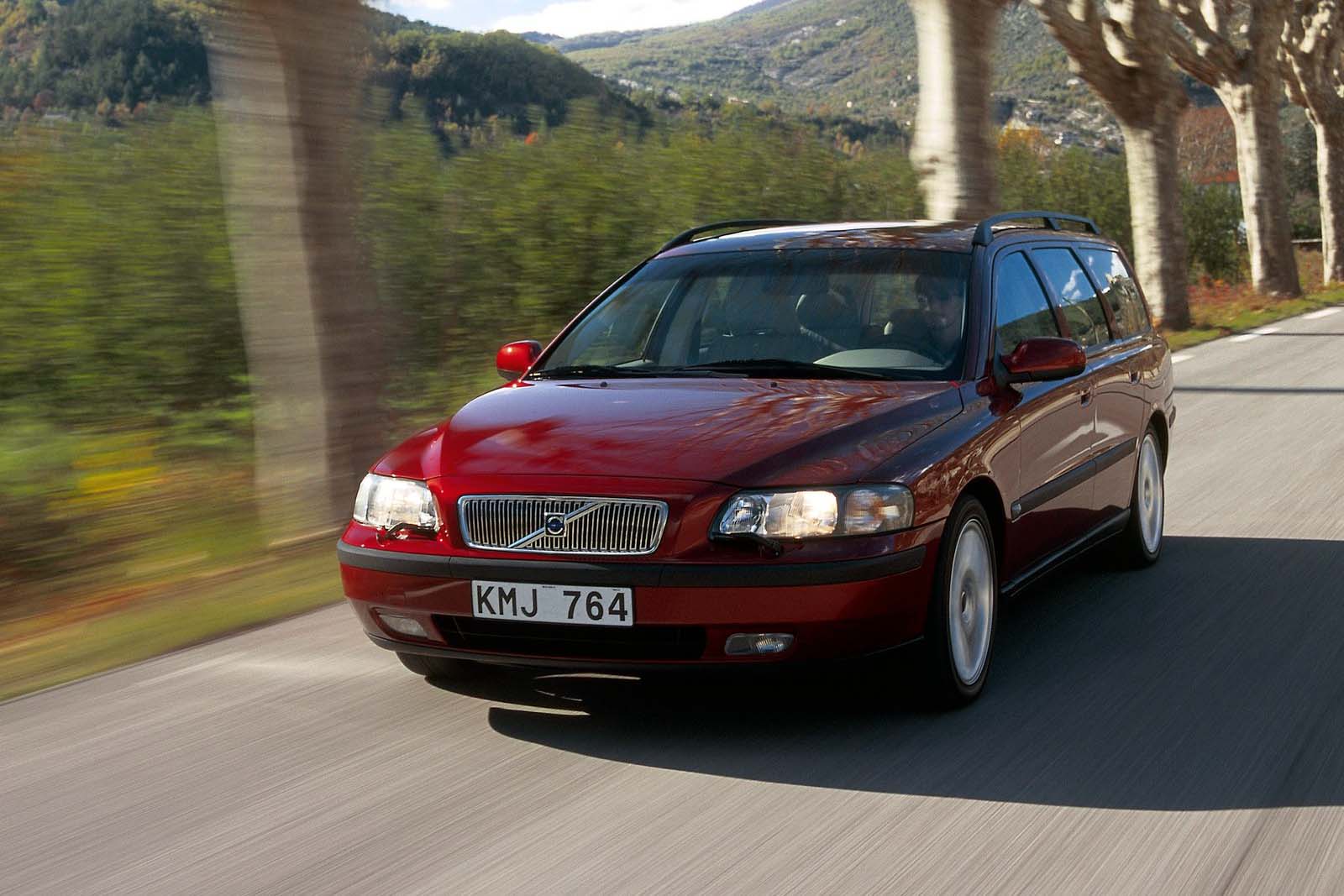 Look for AWD variants of this safe and sensible sleeper-wagon with turbocharged five-cylinder power, automatic transmissions, and AWD, all wrapped in understated looks and Swedish sensibility. Volvo V70 owners surveyed tend to rate comfort most highly, followed by handling and security. Space, aesthetics and drivetrain come in closely behind. Fuel consumption varies from acceptable to poor depending who you ask, and owners admit that careful driving is required to achieve good mileage. Features like dual zone climate control, keyless entry, a sunroof, telescopic and tilt steering and heated leather seats were all on board – and with square proportions enabling a big, wide and flat cargo area, the V70 delivered plenty of utility, too.

Despite the rock solid ride and safety, V70 and its siblings from this era seem to offer less than ideal reliability. The word “transmission” comes up frequently, with a higher-than-comfortable level of V70 owners reporting premature, often under-warranty gearbox replacement, sometimes more than once. This seems to be a well known and documented problem, so shop for a used example with a full service history available. Look for as new a model as possible, one with an extended warranty, or one that’s already had the transmission replaced.

Annoying electronic problems have been documented as well, and mainly deal with the electronic throttle module which controls the engine’s operation. A malfunction can cause surging, power loss and a variety of other sporadic issues that can be tricky to diagnose. As it is with the transmission, it may be wise to look for a used V70 that’s had this part replaced already.

Early copies were subject to a recall affecting the throttle housing and throttle software, addressing a frustrating loss of power. A faulty fuel pressure sensor could trip a check engine light, and there were several recalls for seatbelt-related issues too. Translation? Your safest bet will be to opt for a V70 familiar to your local dealer, and a full pre-purchase inspection for common issues should be considered absolutely mandatory.