Back in Beast Mode
Advertisement

Back in Beast Mode

The R1200R has all of that. Equal helpings of “style”, “wild” and “big” unite to form a bike that looks at once playful and menacing, and feel the same.

Our tester sported the optional Style 1 package that, at $540, included a belly pan (or “engine spoiler” according to BMW) and the stunning red trellis frame as well as anodised brake calipers. Sadly an optional luggage holder hanging off the back upset the visual impact of the bike somewhat – which I cared about for all of half a second. About as long as it took for me to fire the thing up.

When I rode the 2014 BMW R nineT I was enamoured by the beastly kick from the engine on start up. BMW’s boxer engines are rapidly becoming a favourite of mine thanks to their brutal low-end torque, and that violent, bullying kick every time you thumb the starter. I remain convinced this family of bikes could pick themselves up off the sidestand. 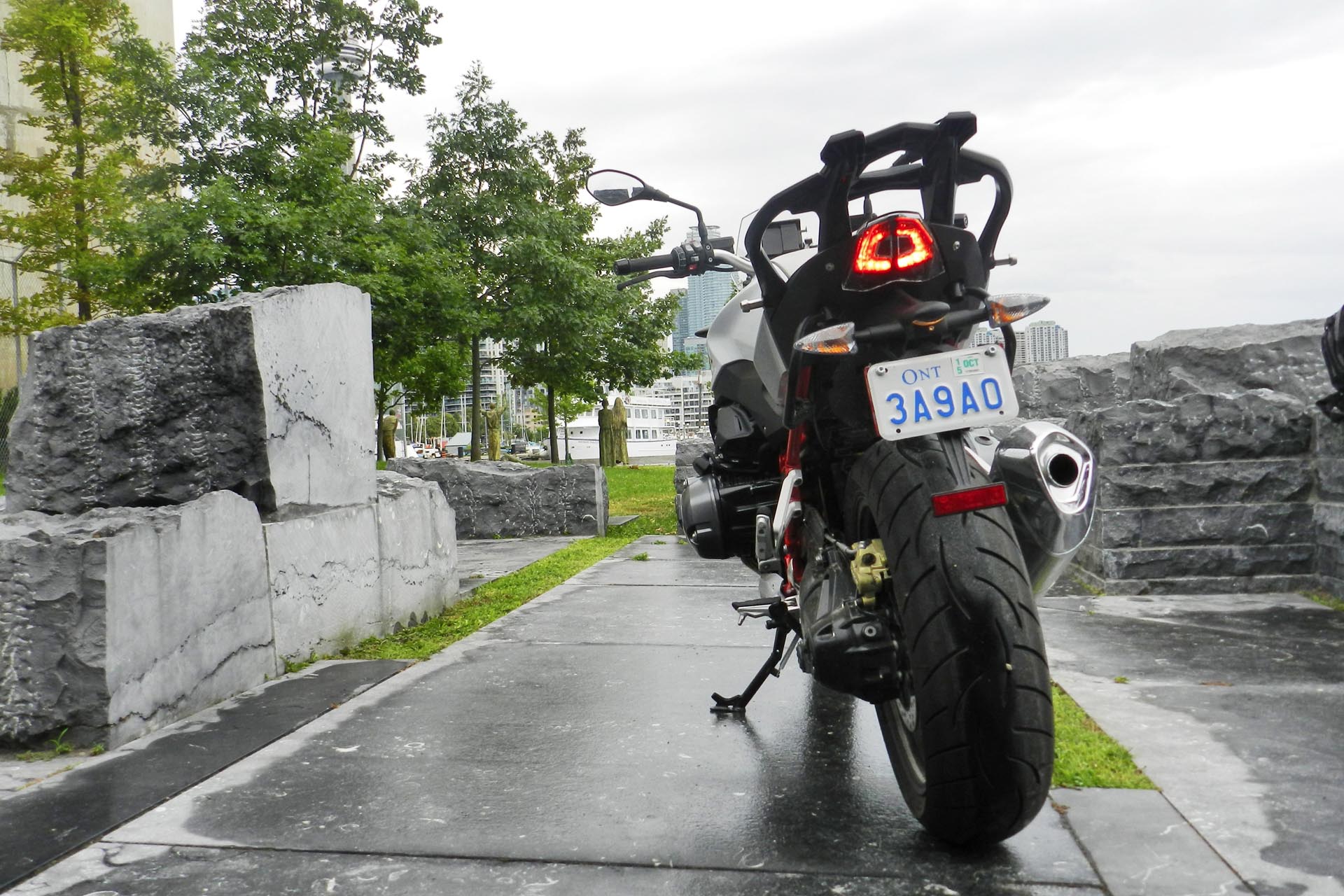 This edition sports a 1,170 cc, 125 hp/92 lb-ft boxer twin used as a stressed-member in the trellis frame. It’s enough to grab the 231 kg chassis by the scruff of its neck, and if the DTC is turned off, hike its head skyward – not that we did that, of course.

Taking a leaf from its auto division (did you know that BMW sells cars too?) the R1200R is available with a litany of options and packages. Attached to this one was the $370 Comfort Package which features a chrome-plated exhaust and tire pressure control, plus the $315 keyless ride system. That was a personal favourite, because it meant leaving the keys in my pocket while I rode. This tester also got the $1,900 Touring Package complete with Dynamic ESA, On Board Computer Pro, a mount and wiring for GPS, cruise control, centre stand, luggage rack, and luggage case holders.

I’d happily forgo that package, but the on-board computer pro is a neat unit with multiple display arrangements and an easy-to-use graphic system. It seemed to render the dial on the left grip redundant though. The manual says the dial could be used to move through the menu screens, but I never could get it to work, instead using the “menu” and “trip” buttons to make my changes.

Last but not least, BMW’s $515 Gear Shift Assistant Pro was on hand to make sure all my changes, up or down, were smooth and accompanied by the correct amount of electronically metred fuel and revs. This was awesome, except for the part I forgot I had it and suffered a couple of clumsy “Um, excuse me rider, what the hell are you doing? I’ve got this sorted thanks,” moments of grumpiness from the bike. 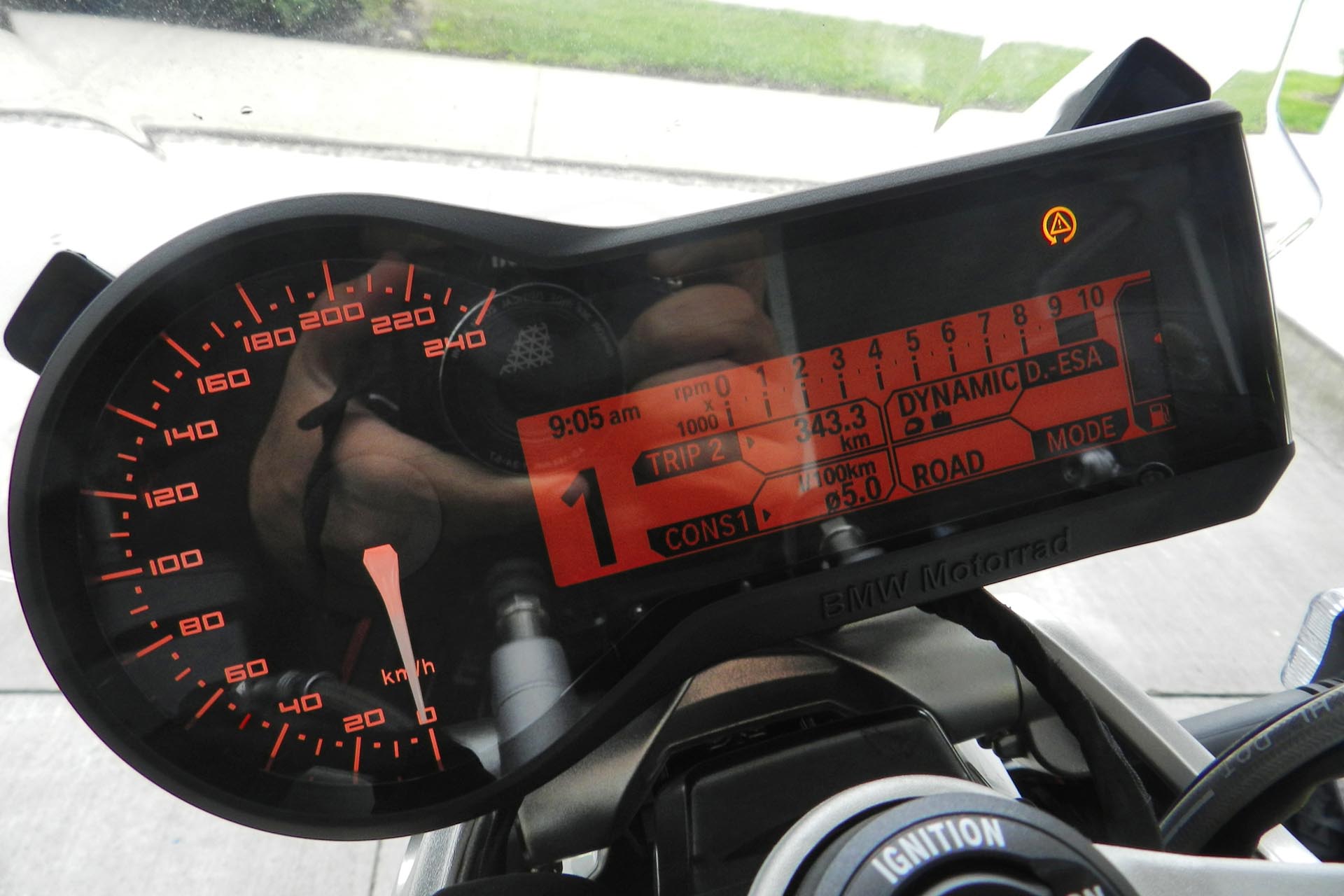 I like the smooth, unfussy gear changes, and I like the perfectly balanced little throttle blips that allow for clutchless downshifts, but I also really like needlessly twisting the throttle as I down shift on the way to red lights – so I can scare the drivers around me with the glorious and obnoxious bellow from the R’s brutish engine.

Then again, those same computers kept me from locking up tires under braking, from high-siding due to Greedy Throttle Syndrome and generally from painting myself with gravel rash and poverty.

The BMW R1200R tips in willingly but suffers from a little instability. I found the back end worked best under throttle on the way out of the corner; on the way in the big shaft drive rear end felt like it wanted to break sideways… which would have been awesome if I was Colin Edwards. I am not.

The flat, wide bars made it easy enough to keep the beast from breaking loose underneath me, even as I overcooked one left hand turn through an intersection. Pro tip: Just stop for the orange. 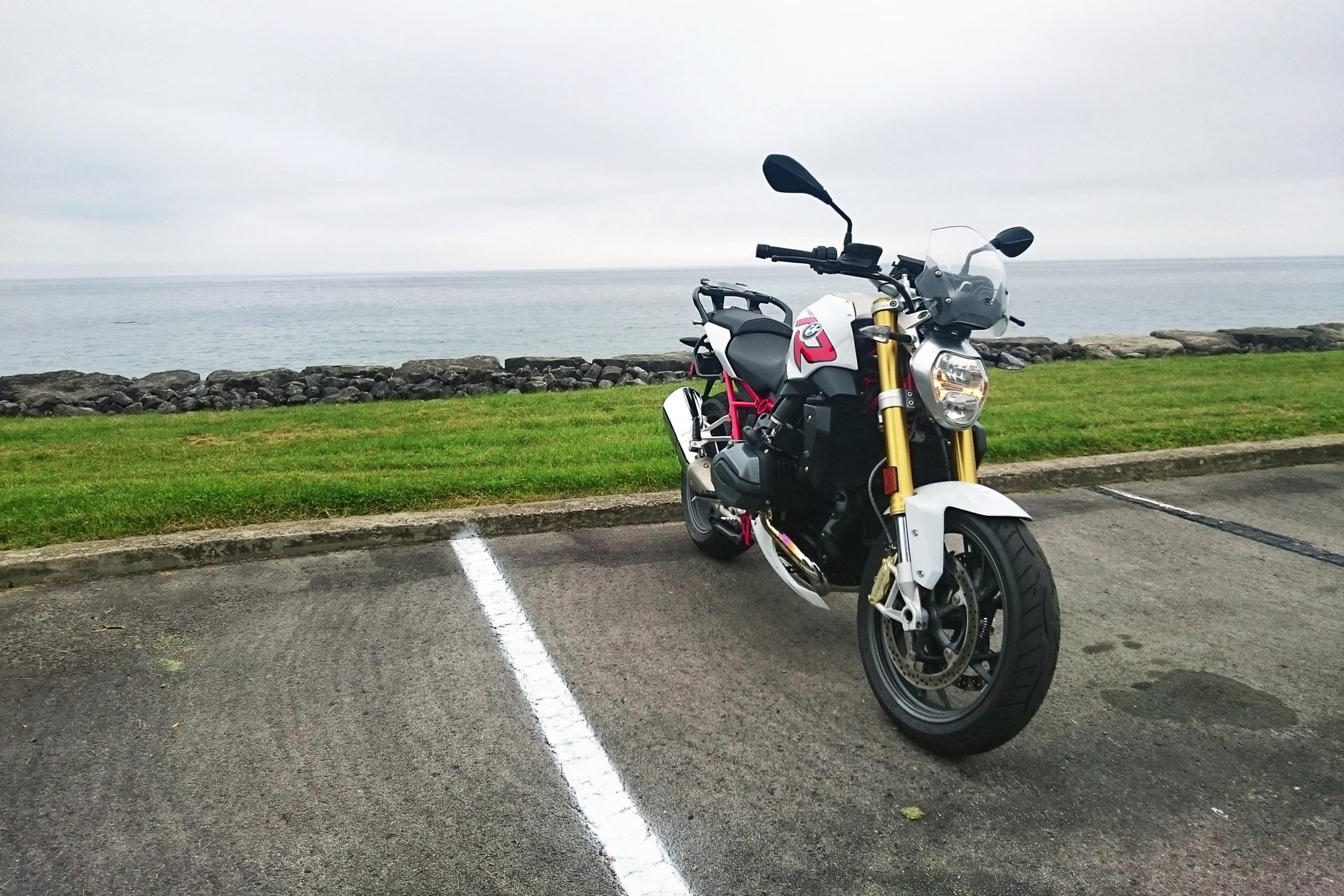 Once you get the R1200R even halfway straight it surges forward with absolute conviction, barrelling up through the 8,500 rpm rev range with tire-melting abandon. This is a bike that packs a legitimate punch in a design that was never really aimed at the sporty crowd. In fact, during my time I parked next to a slightly older edition of the same bike and it was very much the tourer. This one seems more focused – not to mention more complete.

The electric gizmos alone are mind-boggling. Electric Suspension Adjustment allows you to pick from three settings on the fly, with Road and Dynamic displaying enough difference for me to pick a clear favourite. Guess which one?

The 45-mm upside-down forks up front look the business and do a good job of keeping the rubber attached to the asphalt while also providing strong feedback and the four-piston calipers biting into 320 mm twin discs give stout braking ability.

The “Evo Paralever” single-sided swingarm is a bulky unit and makes itself known if you’re not respectful of it, that 276 mm rear disc seems big for a rear brake and I soon learned to treat it gently.

Respect, it seems, is a good concept to bear in mind when approaching this bike. It’s a muscle bike through and through, and all too happy to show you its guns… whether you’re ready or not. 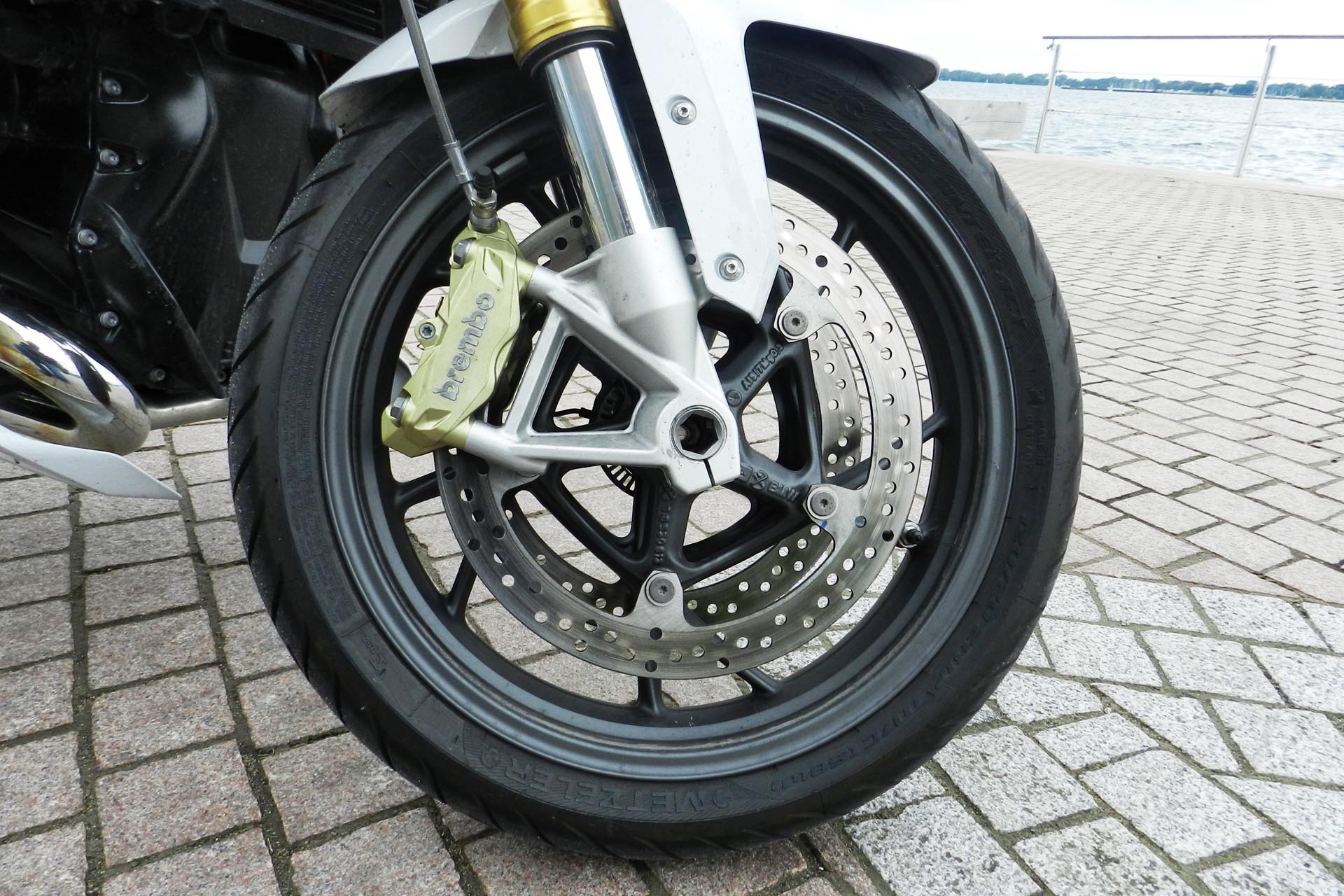