Little bikes are awesome. Small, nimble, agile – these were the founding ethos of motorcycling.
Advertisement

Little bikes are awesome. Small, nimble, agile – these were the founding ethos of motorcycling.

Little bikes are awesome. Small, nimble, agile – these were the founding ethos of motorcycling.

The concept of small, affordable and simple transport is a cornerstone the entire motorcycling industry; at the other end: speed and performance. So it stands to reason that a mix of these seminal concepts would ignite the minds of motorcycle fans everywhere. 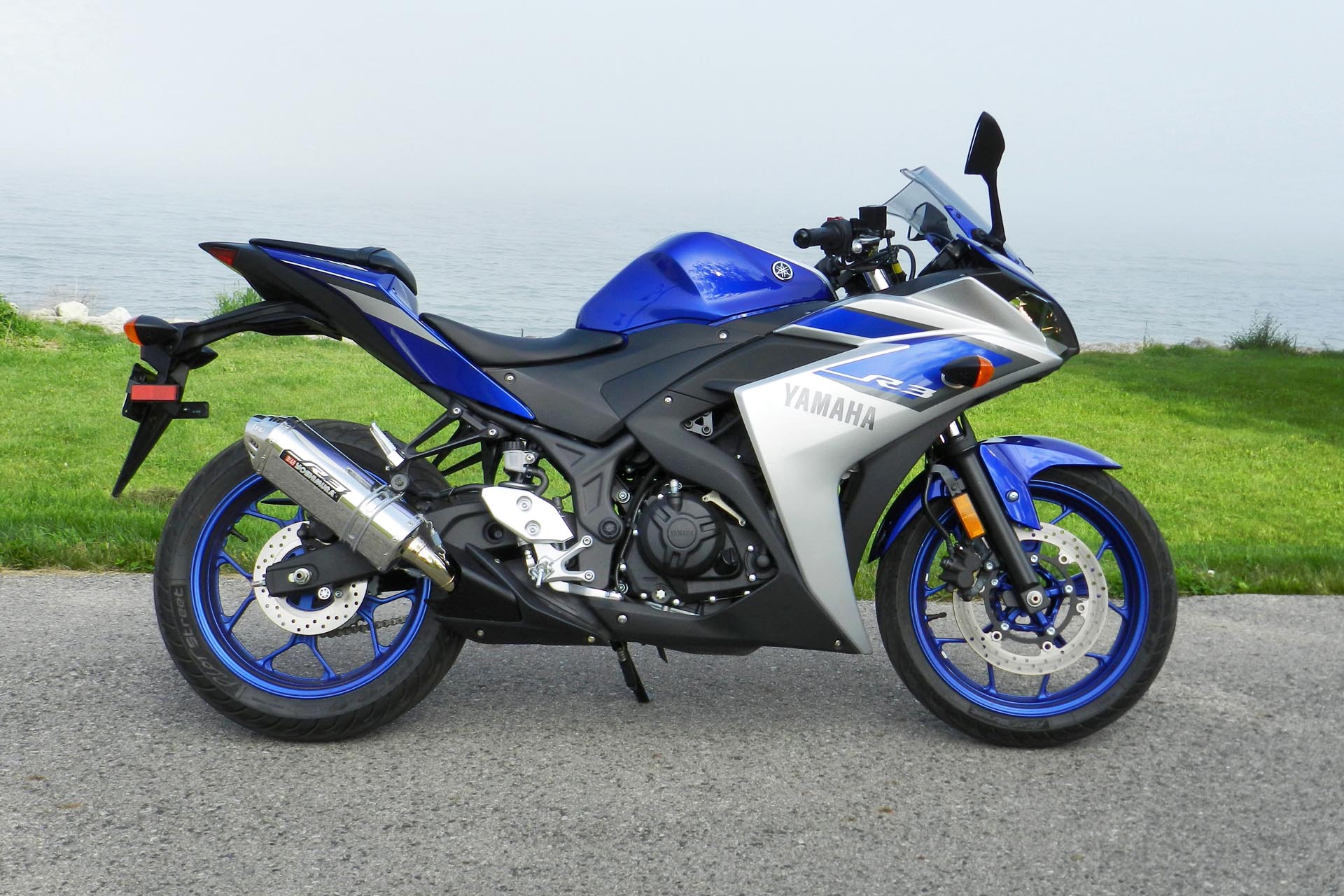 Yamaha’s input into this genre is a strong one. As soon as the R3 was announced, the motorcycling world began to salivate. The sharp lines and aggressive body position promised a razor-sharp little bruiser that would delight seasoned riders and help extract the best possible education out of newer ones.

Yamaha’s “R” has a lot to live up to. The R6 and R1 are iconic. Spoken of by the bike-curious in hushed tones, and even given reverence by the most hardcore of riders. Bikes sporting Yamaha’s R are renowned for being scalpels; unforgiving, physics defying, corner abusing death machines from a universe where performance and swordplay share a language. The R3 borrows from that legend with a little creative license. The bars are higher for a start. The riding position more upright and comfortable – but that also allows newer riders more intuitive control. And despite looking sharper and more purposeful, the R3 feels a little softer than the Honda CBR300R. It’s nimble, and flickable as only a small bike can be but concessions to comfort have been made that seem to take a bit of the mid-corner performance away from the chassis.

We should note, however, that we weren’t able to test this R3 on the track as we were the Honda. 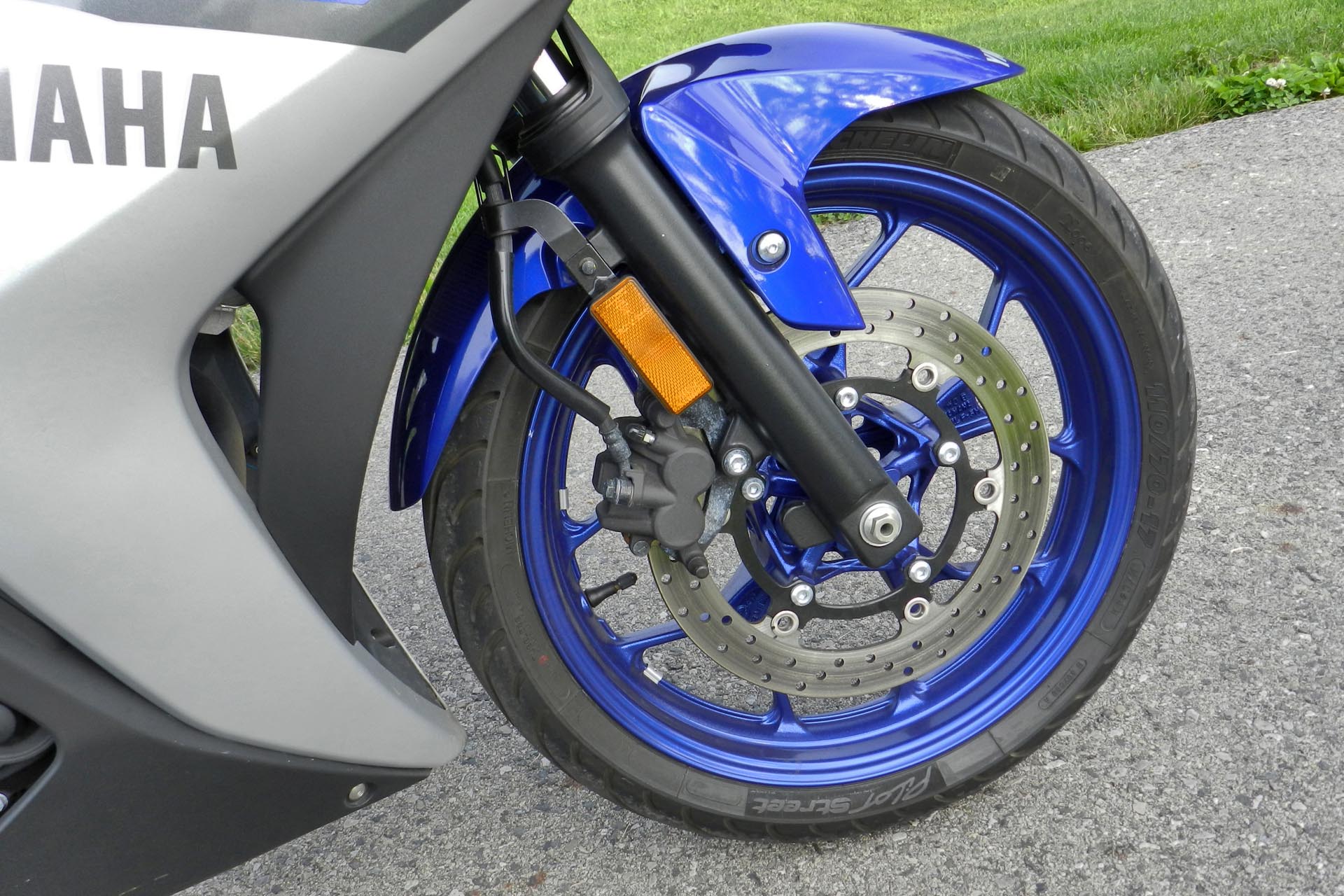 The 298-mm single front disc brake with twin-piston calipers is effective at arresting all 166 kg of fuel-laden R3, with the 220-mm rear disc stepping in to assist as required. Both brake systems offer reasonable feel without being too soft and the Pilot street tires (110/70 17-inch up front, 140/70 17 out back) take a lot of fist mashing to overcome. Which is just as well as ABS is not available here.

The big advantage Yamaha brings to this class is its engine. Highway speeds are more than achievable and the engine is smooth. I was surprised by the lack of harshness despite using most of the 12,000 rpm range to keep myself entertained.

The 320 cc in-line twin is larger than that of both the Kawasaki Ninja 300 and the Honda CBR300R, and the difference in displacement is noticeable when the right wrist is called into action. At $4,999 the R3 is priced in the middle of the trio, with the Honda at $4,699 (for the base, non-ABS model) and the Ninja at $5,399. Our tester was sporting the stylish Yoshimura slip-on muffler developed specifically for the R3. The $499.95 slip-on adds some style but leaves the exhaust note largely untouched and is therefore still legal. 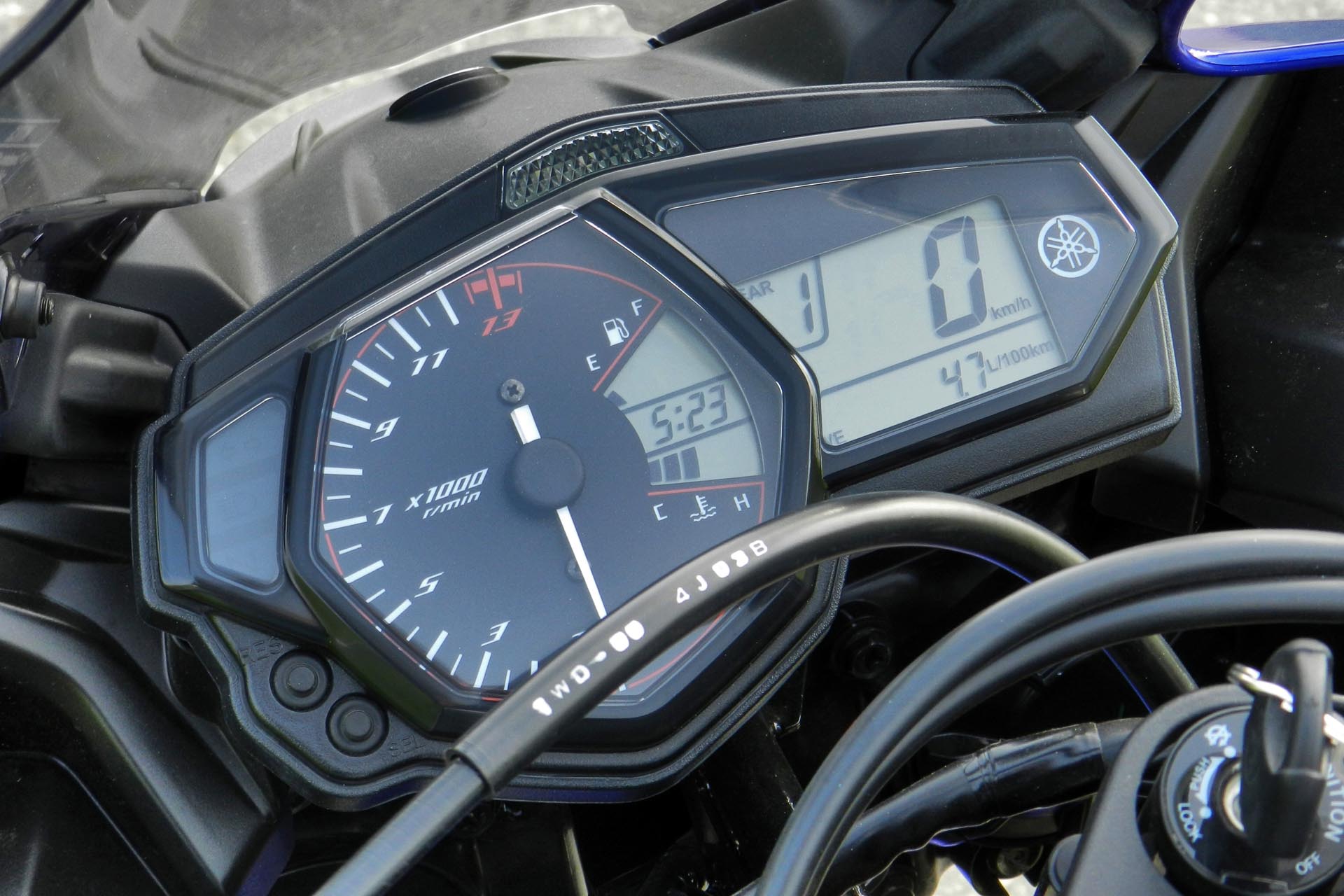 The style quotient is high on this bike. Even the footpegs look the “sporty” part, eschewing rubber cladding in favour of properly grippy textured metal pegs. The angular fairings and high pillion seat complete the head-down, bum-up look reminiscent of all true sports bikes, with only a second glance at the high handlebars or the conventional forks revealing its softer side.

Still, it’s those concessions, coupled with the diminutive size that make bikes in this class so accessible. And that accessible performance is why the Yamaha YZF-R3 is such a good teacher. Whether it’s a track day, your daily commute or a twisty road out in the country there’s more than enough capability to help you extend your limits before you move up to a bigger bike. 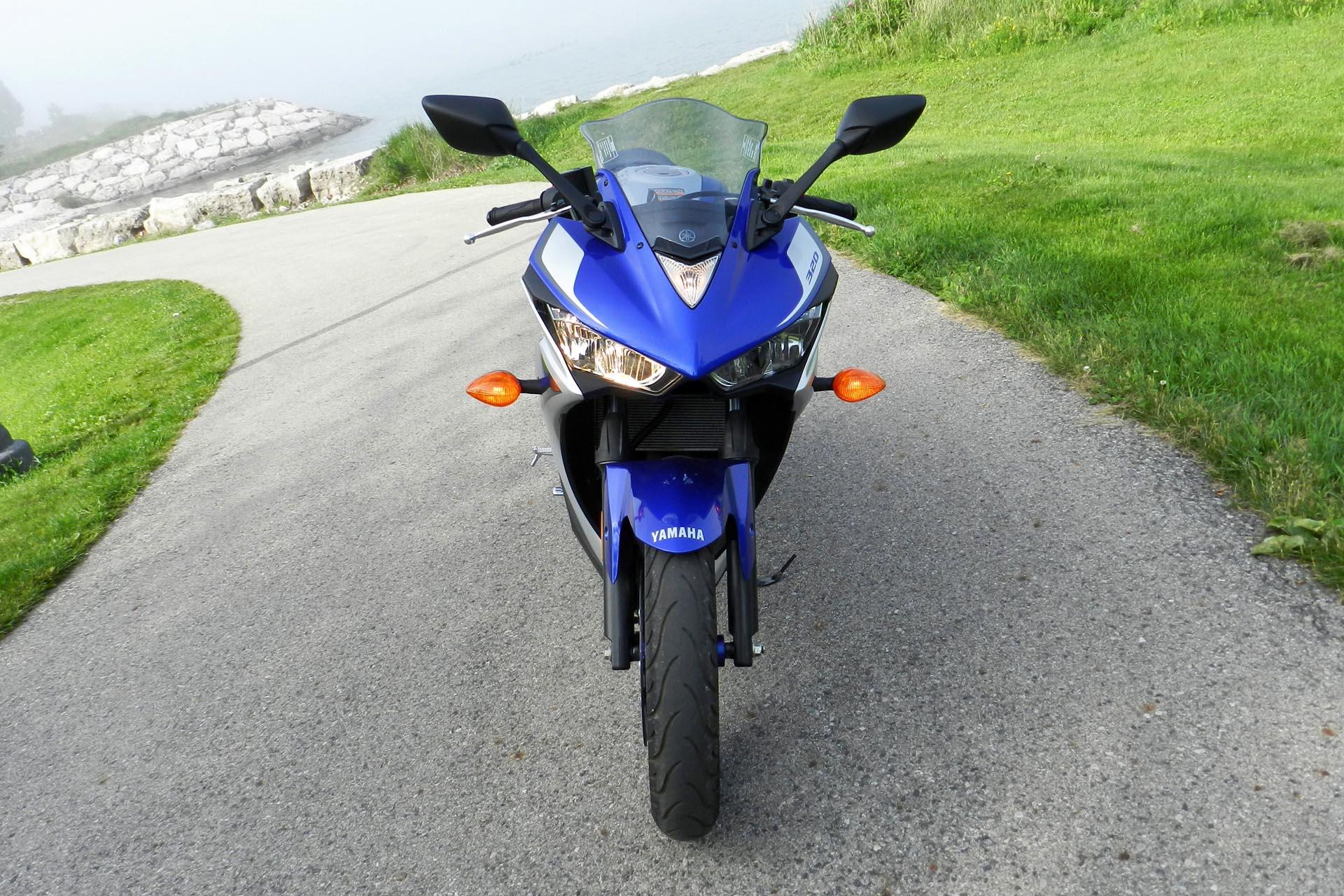 How to: Launch a Boat Solo Reasons to Go to The Motorcycle Show Toronto