Stelvio Pass, the derestricted Autobahn, the Nikkō Irohazaka, blah, blah, blah. What about roads Canadians can actually drive on in something other than a rented diesel hatchback? It's not like we don't have a lot of tarmac criss-crossing this big ol' country, so where's the good stuff?

Turns out, you just need to know where to look, as there's a plentiful list of backyard backroads and vista-spanning highways that are either an eyeful or a handful, depending on your tastes. In an effort to at least catalogue some of the less-usual suspects, we mined our own Autos.ca forums, delved into the internet's back-eddies and tried to cut the list down to something manageable. Here's what we came up with.

My home province is a wealth of good driving roads, and at least two of the most famous ones don't make my list. The Sea-to-Sky highway is heavily patrolled and too inviting to speed on, and the drive from Nanaimo to Tofino is all too often clogged with slow-moving RVs.

For the best run where you don't have to worry about the draconian 40-km/h-over impound law, try the Fraser Canyon, particularly the stretch between Yale and Boston Bar. The full Lillooet-loop from Vancouver is a must-drive for locals, but the 40-km segment that runs through seven different tunnels just north of small-town Yale is simply excellent. With a speed limit that's 90 km/h for most of the way of a winding two-lane, you're not tempted to cross into infraction territory, while still having some good fun.

For a coast-road alternative to the route to Tofino, head out to Port Renfrew instead. A kite-boarding paradise, Port Renfrew isn't quite as picturesque as Tofino, but the nature is just as spectacular, and the road is simply phenomenal. Imagine a paved logging road, and there you go – it's called the Pacific Marine Road, and it's about an hour drive from Lake Cowichan onwards. 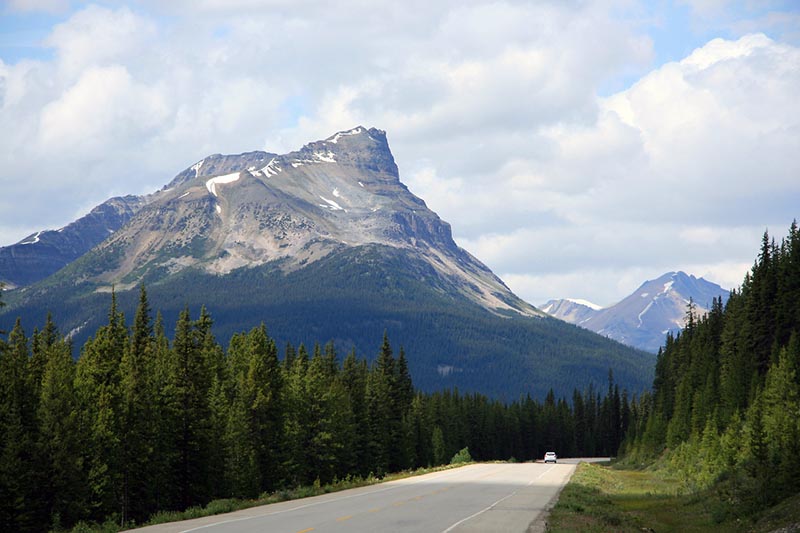 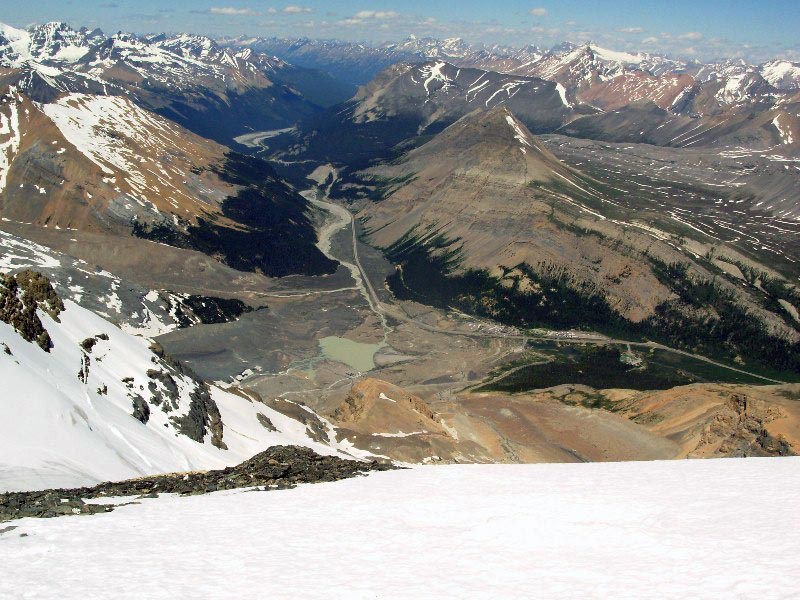 Crank up the Corb Lund and hit cruise control as you run along the continental divide on the Icefields Parkway. It's a straight road, not exactly set up for lateral-g fans, but it runs from near Banff up to Jasper and has some world-class scenery. Once you get to Jasper, forum members Johngenx and Fobroader called out two short sections for elbow wagging left-right stuff: the 13-km section along 93a to the Edith Cavell Parking lot, and the 17-km section from Highway 16 to the Miette hotsprings.

We'll also give top marks to the road from Calgary to Drumheller in the Badlands for its unique landscape, and the chance of finding some dino bones.

Everybody's favourite wheat-crammed rectangle, Saskatchewan might seem like it only has roads for straight-line fans. On the other hand, way out in the wide spaces between the towns, that means there's often nobody around – there's something charming about the lonely road. Try the Red Coat Trail, Highway 13, running laterally across the province to trace the old North West Mounted Police's original trail. If you're going to test your speed when there's no one around, just watch out for modern-day Mounties.

Finding somewhere else to carve up the tarmac in Saskatchewan can be difficult, but I have a Subaru, so my antennae went up when stumbling across this little factoid: if not otherwise posted, the speed limits on Saskatchewan's gravel roads is 80 km/h. Picking one rural road is next to impossible here, but if you spot somewhere off the beaten path, it's perfectly okay to channel your inner Pat “Rocket” Richard. 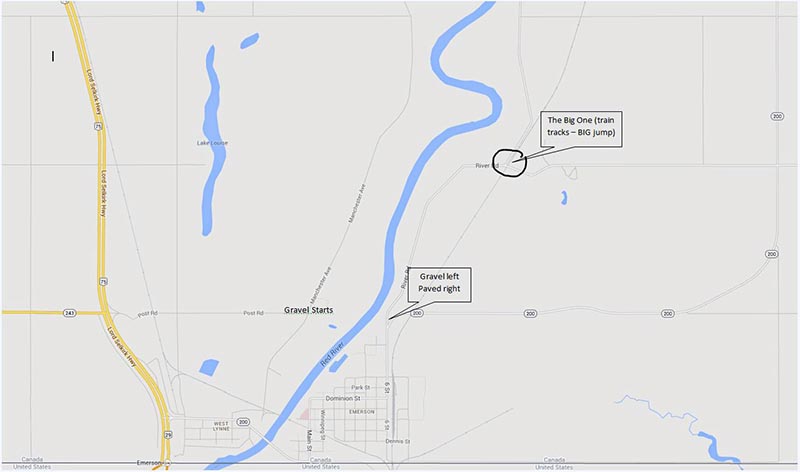 Thanks to Manitoba forum member Northernridge in pointing out how good Manitoba's roads are for enjoying your car's on-centre straight tracking abilities. Fellow Manitoban Blunderwriter posted an interesting-looking map that had the words “BIG Jump” tantalizingly printed on it. Me gusta.

Gravel tracks aside, we're giving our second pick to Hwy 10, just off the Yellowhead highway, through to Riding Mountain National Park. It's about an hour off the Trans-Canada, and from there the brave can head East on Provincial Trunk “Highway” 19, a narrow winding unpaved band that takes you over a spine of hills in the park itself.

Once again an embarrassment of riches, tempered by some low speed limits and high-volume traffic. The Niagara Parkway and Thousand Islands Parkway, for instance, can both be very pretty, but it's low-speed pretty much the whole way. It still gets a pick for sheer scenery.

For fun driving, forum member Weels reposted a map that shows sportbike ratings of multiple roads in the Southern Ontario area. Scoring high, and seconded by member Tortoise, Highway 511 between Perth and Lanark rated as a favourite drive in the area. 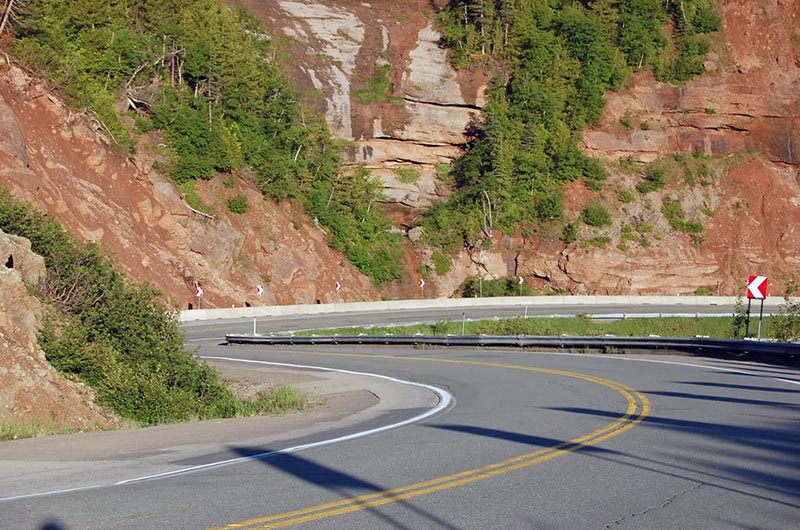 Senior Editor Jonathan Yarkony can thank forum member Force for his tip that Muskoka’s Southwood Road (Route 13) is an impressive stretch of nothing but twisties for several kilometres. Plus, it’s not that far off the route from the GTA up to Huntsville, Algonquin or even Sudbury.

Smooth country roads get the nod here, as do Quebec's relatively high speed limits on its windier lanes. Maybe that's why everyone in this province likes manual transmissions. One pick for best fun-to-drive road here is tough, but strung together sections of the Chemin du Mont Echo look very twisty indeed. BonjourQuebec.com has a list of pre-generated driving routes over some of the province's best.

For scenery, the choice is easy – simply a run up the Gaspe Peninsula along Rte 132 gives you both a gorgeous view, and some fantastic windy bits. Both Quadzilla and CanuckS2K gave it top marks.

The NB locals came out of the woodwork for Route 845 around the Kingston peninsula, with both KarlsDarwin and Sir Osis of Liver remembering a crunched AMC going on an unintended off-road excursion (or it may have been two separate accidents – careful on this one).

For a slower and more scenic pace, the 114 and 111 tour along the Bay of Fundy gives you a taste of the East Coast, starting just outside Saint John.

Not the biggest province, but certainly one with many of the country's best drives, most notable being the world-class Cabot Trail: three hundred kilometres of Atlantic Canada's best, laid out with long sweeping curves. Our own Mark Stevenson called out the section between Cheticamp and Ingonish, especially between Labour Day and the first snowfall. A must-drive.

Mark also cast a vote for Route 209, the stretch from Parrsboro to Advocate Harbour, as excellent for plenty of twists and great elevation changes. If it's as good as he says, I can almost forgive this province for calling Alexander Keith's an IPA. Almost. 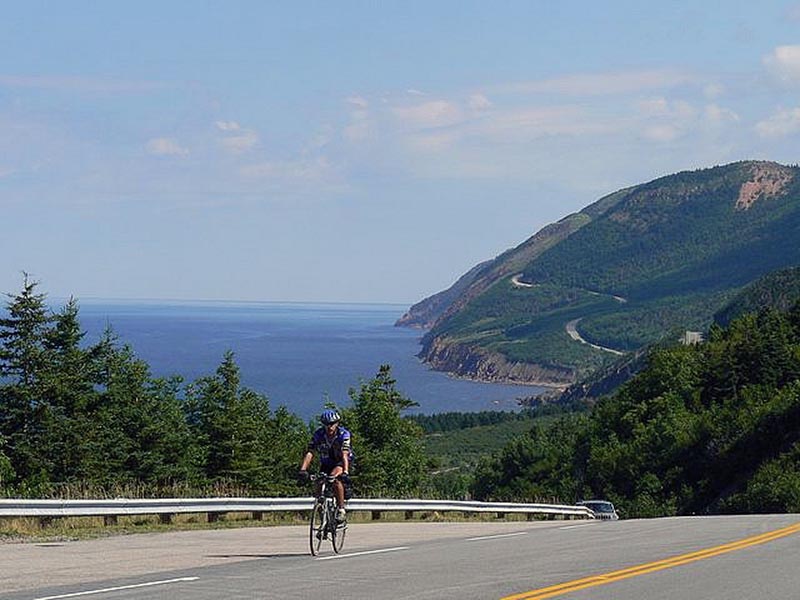 Home of the Targa Newfoundland, the roads here are can be extremely challenging, although maybe leave the go-fast stuff to the professionals. Being ‘screeched in’ is a Newfoundland tradition, but it doesn't mean locking up your brakes before plowing into the side of a fishing hut.

Route 10 takes you around the Southeast coast, and is usually the finally stage for the rally when the roads are closed. A little further digging revealed a high-scoring side road out in the Buren Peninsula, leading to a small fishing town in Mille Harbour. It's hard to find, but supposedly breathtaking.

While it's mostly flat, and very small, PEI gets two best drives, just like everybody else. Well, one of them's a bridge. The Confederation Bridge is the longest bridge over ice-covered waters in the world, and its 12.9 kilometres might not qualify as “fun” but is at least impressive.

For a little more engagement, pick any of PEI's coastal roads, perhaps the longer being Route 14 along the Northwest coast. Keep your eyes peeled for red pigtails and green gables everywhere you go, naturally.

Stitching two of Canada's three territories together is the Dempster Highway, a diagonally running road that provides amazing views of wildlife. Summertime's the time to be here of course, and the road crosses into the Arctic Circle – you may have crossed over the line on a plane trip before, but this is something everybody should do at ground level at least once.