It's hard to believe that it's been 14 years since the first Fast and the Furious flick hit the big screen screen.
Advertisement

It's hard to believe that it's been 14 years since the first Fast and the Furious flick hit the big screen screen. 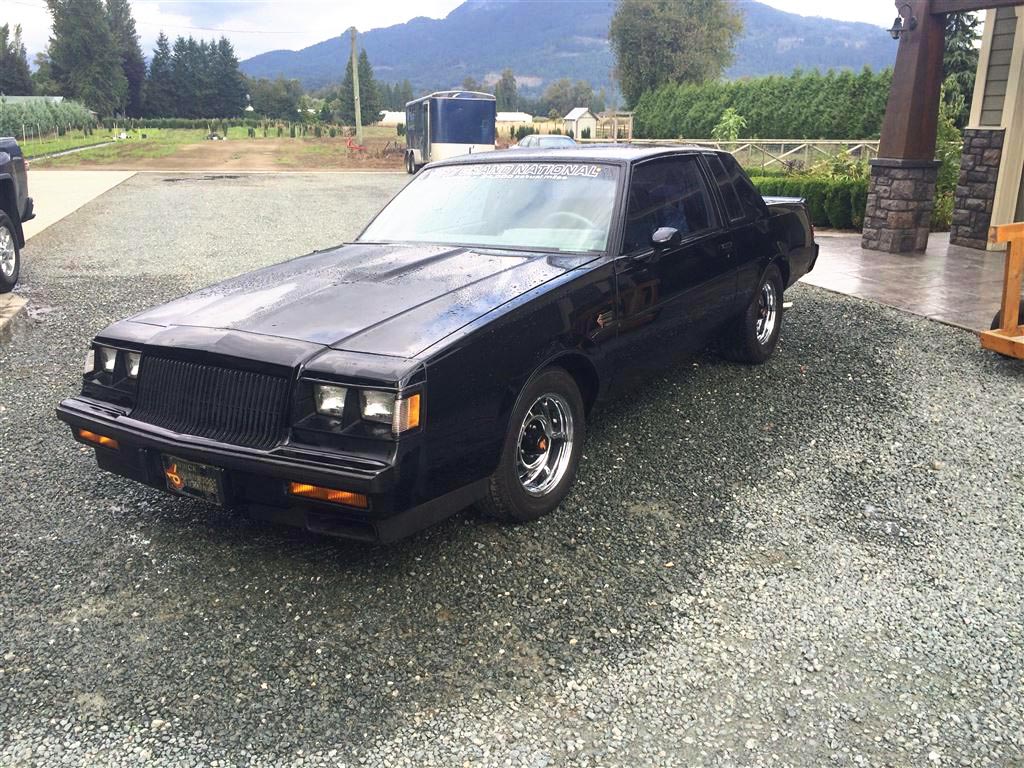 It's hard to believe that it's been 14 years since the first Fast and the Furious flick hit the big screen screen. In that time a veritable who's who of high performance metal has played a starring role in the (soon to be) seven movies that have charted the adventures of Brian, Dom, and a rogues gallery of co-conspirators across both the globe and decades of automotive history.

Even if you probably won't find yourself personally starring in any future Fast and Furious sequels, you can still drive your heroes. Some of the coolest cars from the franchise are out there right now, waiting for you to take them home (and we’re not talking about the Hot Wheels or video game editions) and make the morning drive to the office your own mini feature film. Check out our picks of the best Fast and Furious cars you can put in your own garage. 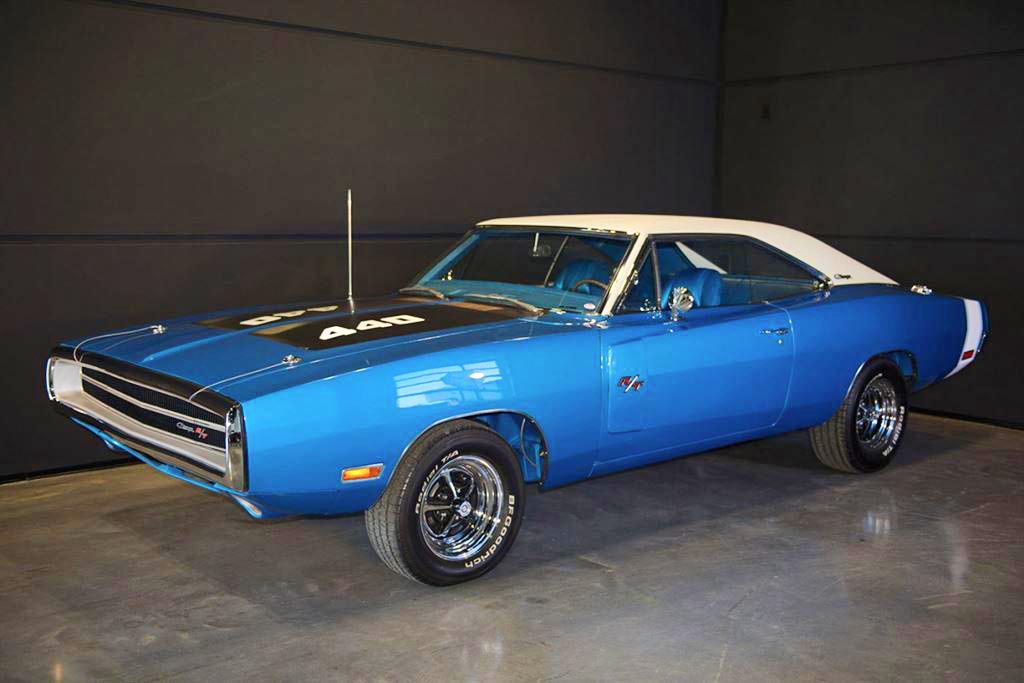 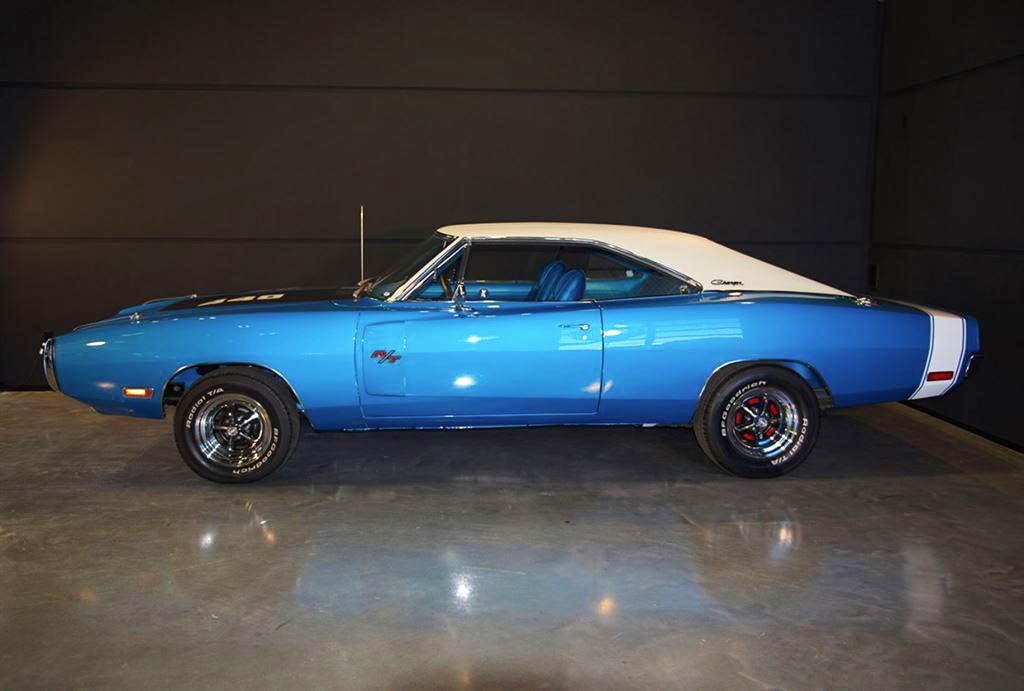 We've seen it in many guises, but the most iconic rendition of the 1970 Dodge Charger from the Fast and the Furious series has to be the black-on-black, blower-equipped model sitting in Dom's garage in the first movie. Since that time it's also been bedecked with a wing cribbed from the '69 Charger Daytona and most recently 'roided up to be launched from a plane in Furious 7.

If you're looking for your own '70 Charger, then this beautiful white over B5 Blue example has all the hallmarks of a well-loved restoration waiting for a new owner to worship at its 440 cubic inch altar. Equipped with a rare manual transmission, this Dodge can be found in Gatineau, Quebec for $69,995. There might not be a supercharger sticking out of the hood, but the giant '440' script that takes its place will let anyone sitting beside you at the stoplight know that you mean business. 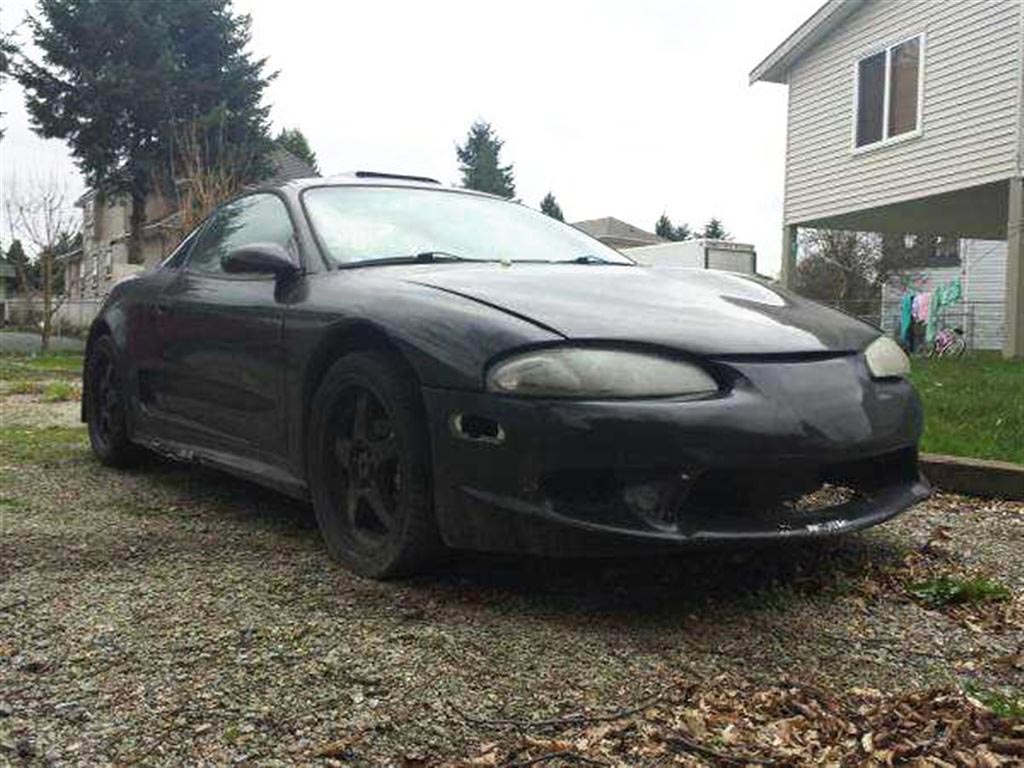 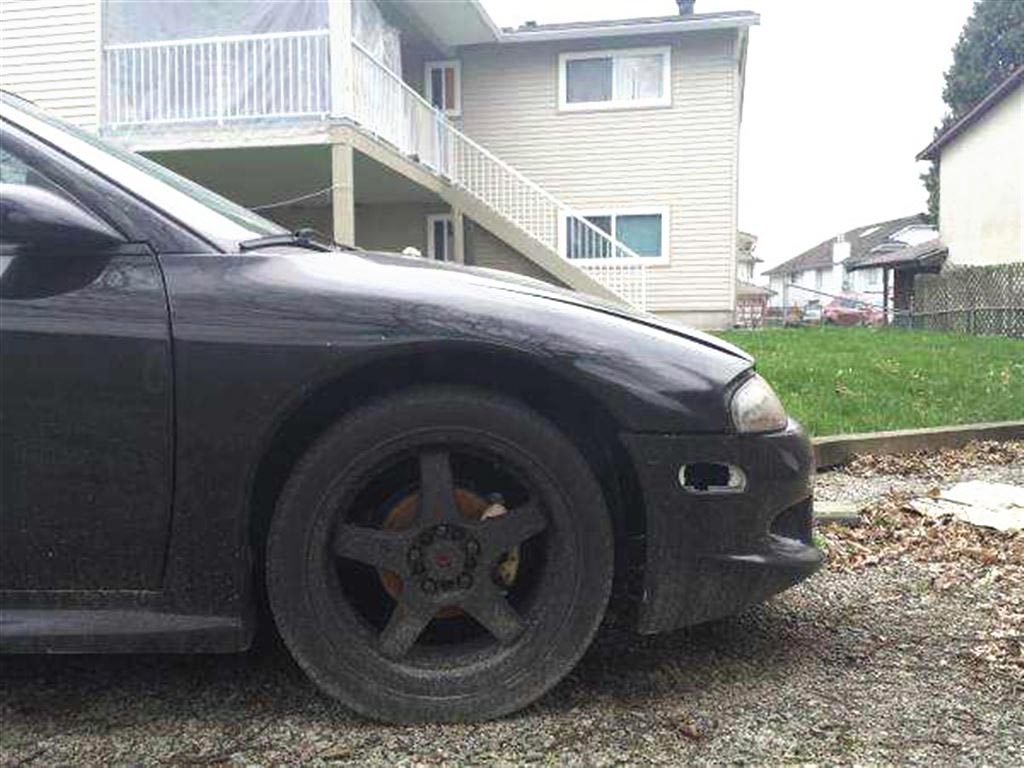 It's the car that kicked off the entire series, and that gave Brian Earl Spilner his 'in' to the world of street racing. Unfortunately, much like the Mitsubishi Eclipse from the first Fast and the Furious movie, most of the models you'll find on the market today have led a hard life.

Our $1,500 example from Surrey, British Columbia, hasn't been shot up in a cinematic nitrous mushroom cloud by Johnny Tran's gang, but it does bear the marks of its age and mileage. Still, at that price there's lots of headroom available to pull the stock 420a and automatic transmission and install a 4G63 drivetrain while still having enough money left over for neon green paint. Remember: Brian's Eclipse was an $80,000 car, lieutenant. 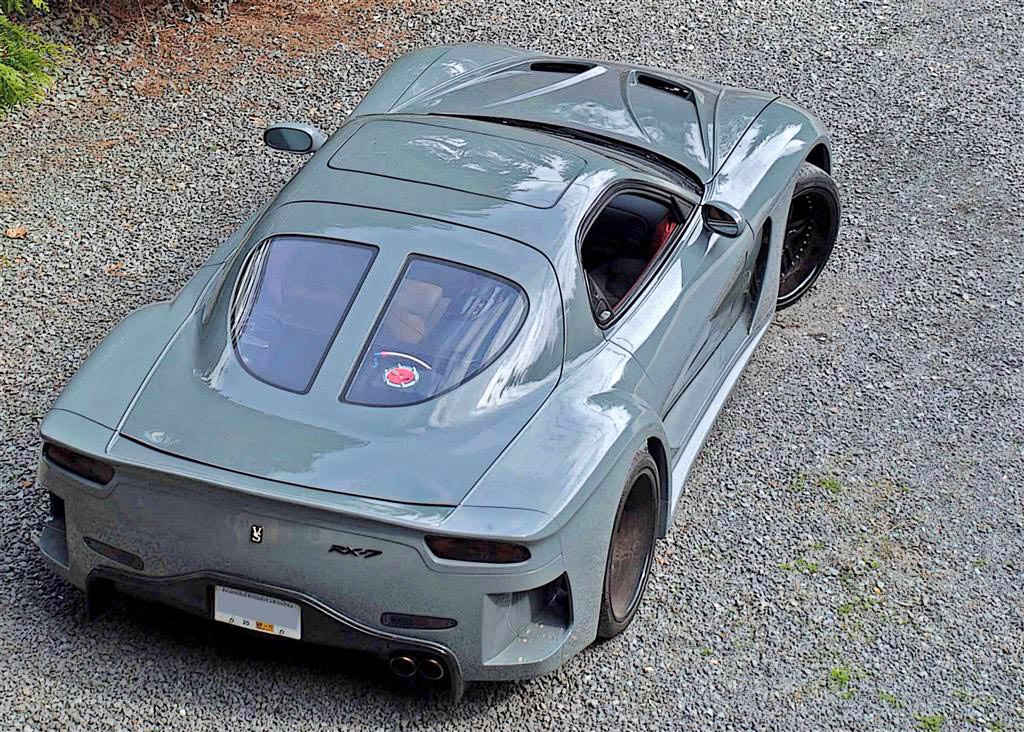 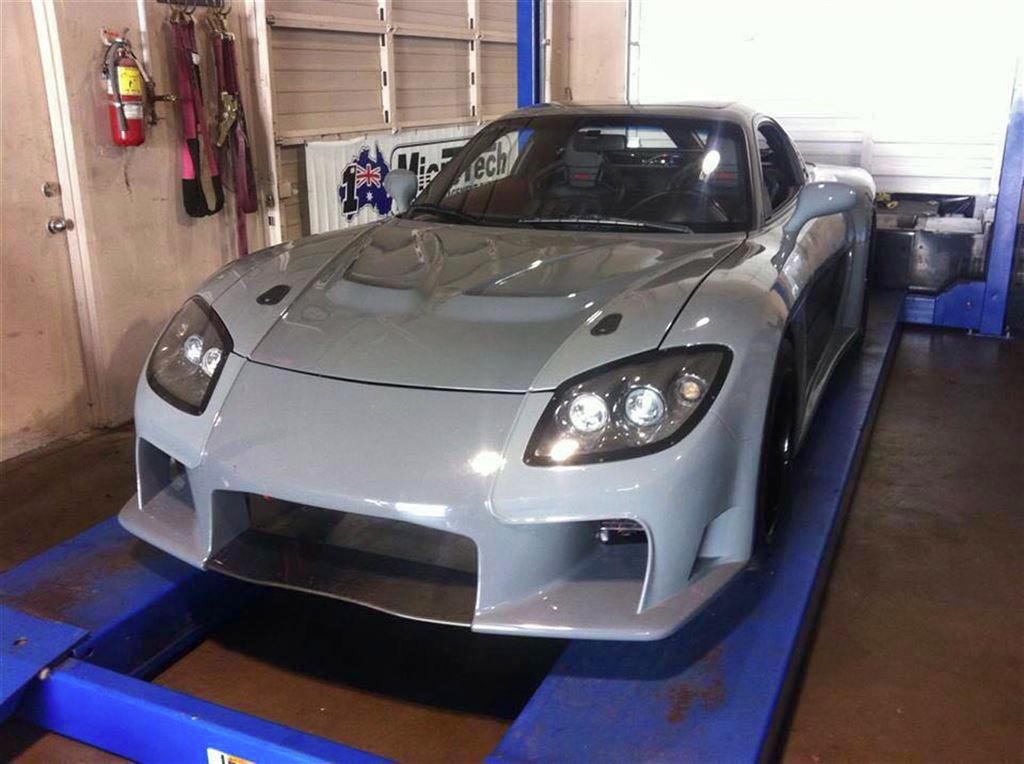 We can’t quite believe that we found this car for sale, as it's one of the rarest editions of the Mazda RX-7 to make it out of Japan, but here it is: a 1993 model wearing the Veilside Fortune body kit that was first made famous in The Fast and the Furious: Tokyo Drift. This car is your chance to relive Han's tragic death scene (that set up the plot for the upcoming seventh instalment of the franchise) in your very own garage.

Or not. You could just drive it too, and enjoy the 600 horsepower from its single-turbo conversion rotary engine. It's really up to you, but if you can't make it out to Whistler, British Columbia with $55,000 in your pocket, you should know that the seller is willing to consider a “partial trade for very nicely done RV Bus Conversion.”

American muscle has always been a catch phrase for the import-heavy series, and in Fast & Furious we were treated to a star turn from one of the few flashes of performance to escape Detroit during the dark era of the 80s. The 1987 Buick Grand National was faster than the Corvette of the same model year, a fact that Dom illustrated by needlessly smoking his version of the car's tires before escaping certain death by dodging under a tumbling gas tanker in the Dominican Republic.

The Buick Grand National for sale in Chilliwack, British Columbia is going for $27,500, which isn't a bad price for a car with only 24,000 claimed miles. There aren't many details about the 'performance upgrades' that have been made to this factory turbocharged example (which featured a 245 horsepower, 3.8L V6 that also provided 355 lb-ft of torque in stock trim), and the seller explains the lack of pictures with the phrase 'we all know what Grand Nationals look like.' If you've seen Fast & Furious, you'll have to agree. 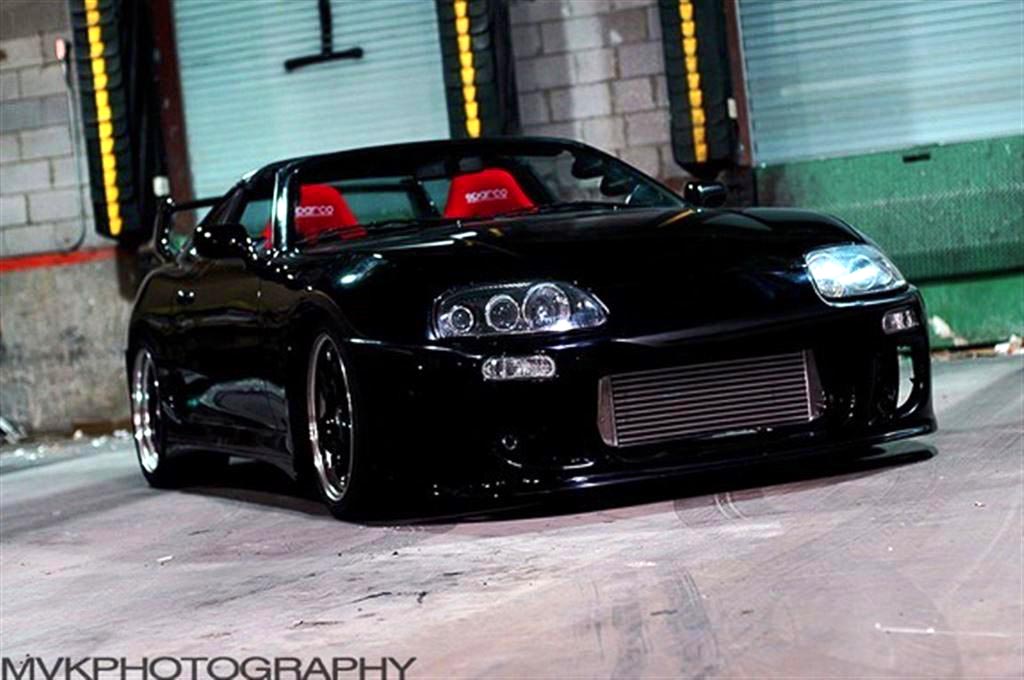 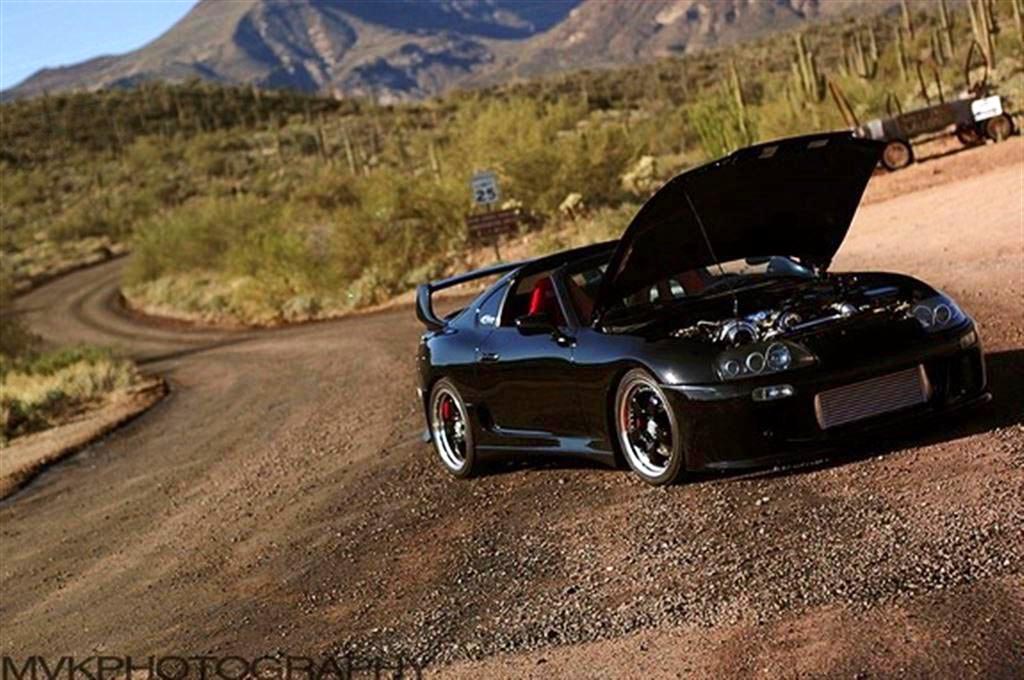 Fourth-generation turbocharged Toyota Supras are rarer than hen's teeth on the Canadian market, and finding one that's left-hand drive and not a JDM import is even less common. The unquestioned centerpiece of The Fast and the Furious, the model seen here currently resides in Saint-Etienne-De-Lauzon, Quebec, and is priced at an eye-watering $99,000. Of course, for your money you get plenty of modified-for-the-movies performance, such as a 1,200 horsepower tune for the car's 2JZ GTE engine, a Toretto-approved body kit, and a claimed $2,800 in Toyo tires. You probably won't be jumping this one over a railway crossing anytime soon. 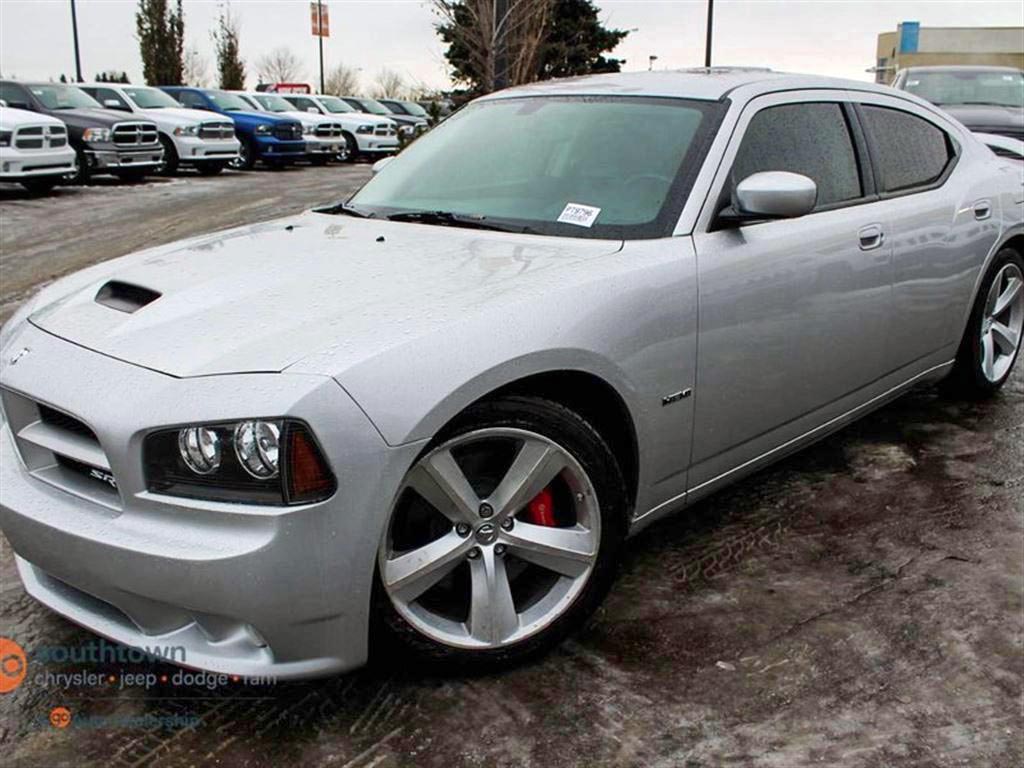 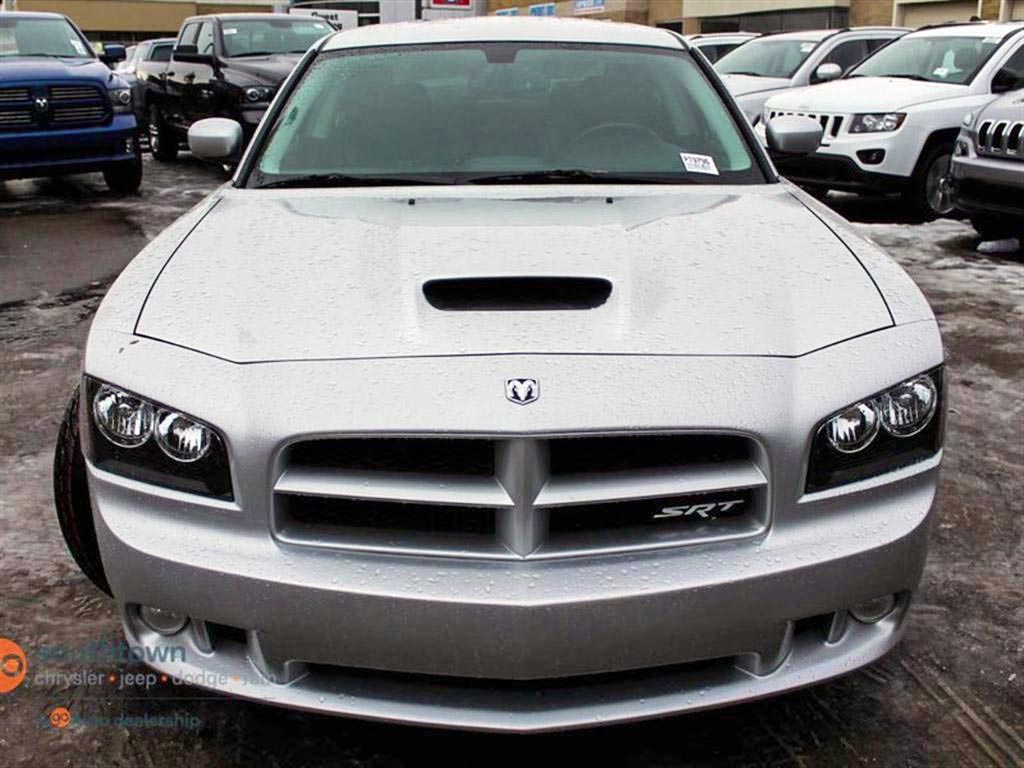 While some might have questioned the physics of towing a bank vault behind a pair of Dodge Charger SRT8s in Fast Five – as well as the logic of a plan that involved destroying a huge portion of downtown Rio de Janeiro – no one is disputing the pure power of the 6.1L Hemi V8s under the hoods of these modern muscle machines. Rated at 425 horses and 420 lb-ft of torque and matched with a tight chassis, these sedans have become something of a bargain on the second-hand market.

Such is the case with the 2010 Dodge Charger SRT8 we found priced at $27,988 in Edmonton, Alberta. Considering the performance potential of the Hemi drivetrain and the nasty looks of the Charger SRT8's aggressive bodywork, you'd be hard pressed to find a car that's as competent in its dual role as comfortable family car and heist-film linchpin. 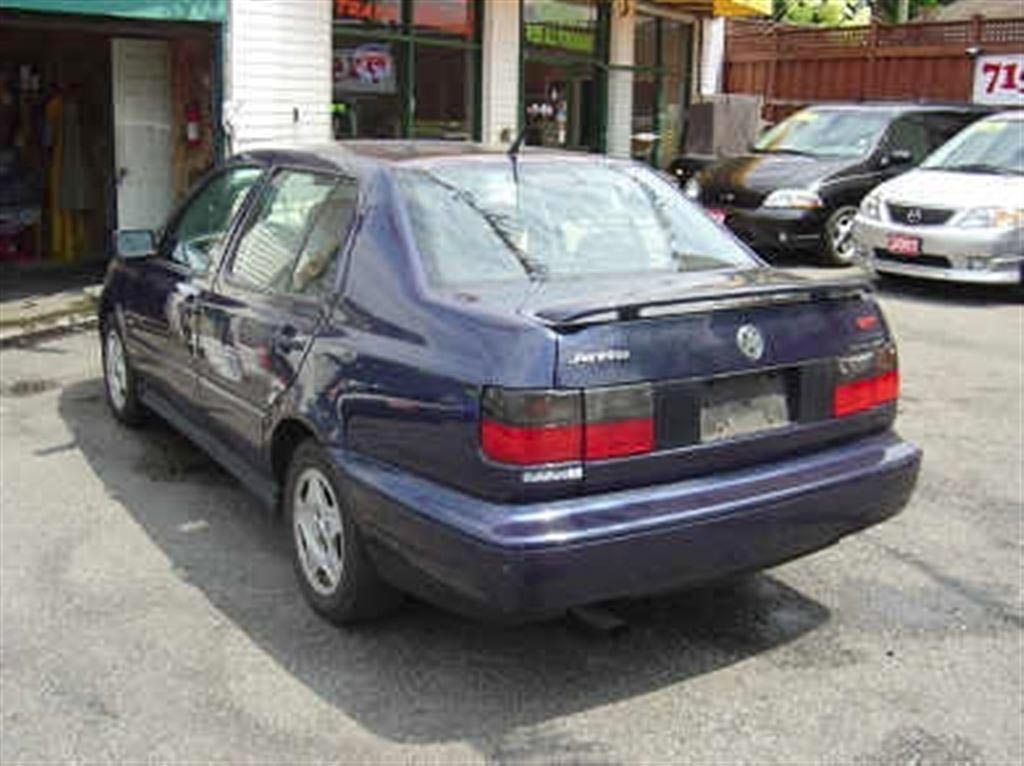 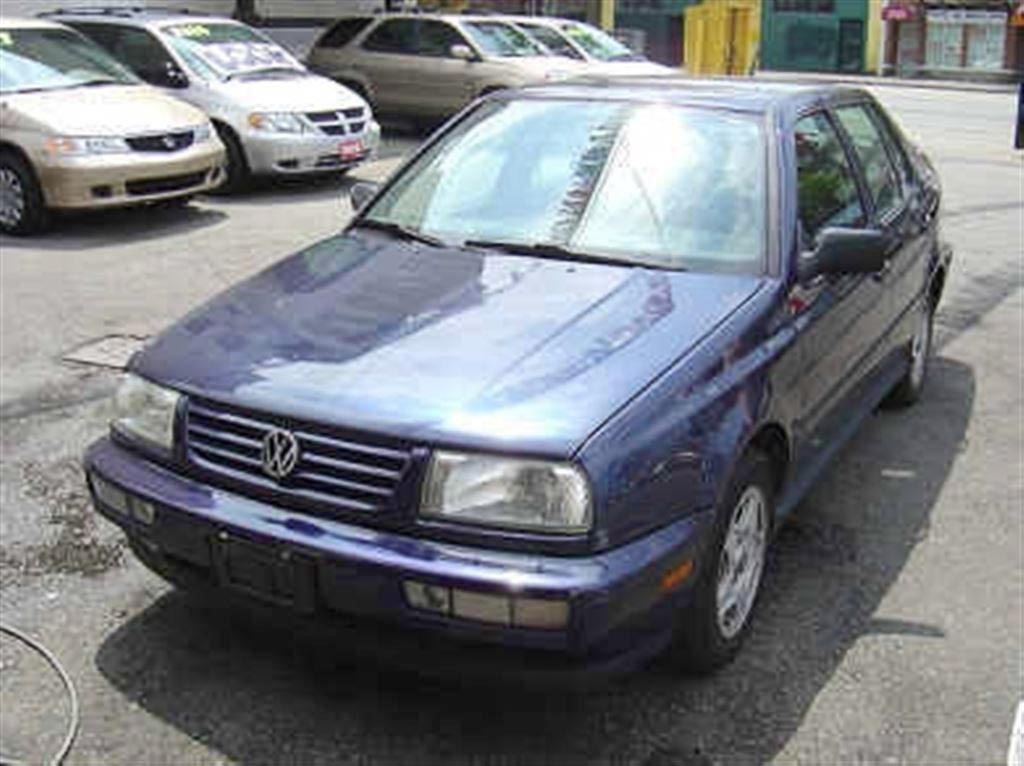 Perhaps the least likely hero car in a film about street racing is Jessie's dad's 1995 Volkswagen Jetta from The Fast and the Furious. We were never really told what was under the hood of the Wings West body kit-wearing vehicle driven by the team's 'mad scientist,' which means it could have been either the 2.0L four-cylinder or the also-available 2.8L VR6. Either way, even with nitrous it wasn't enough for Jessie to beat Johnny Tran's Honda S2000, guaranteeing his fiery death as he ran instead of handing over the pink slip to the car in which he planned to have some father-son bonding time cruising when his father got out of prison.

We found a 1997 Volkswagen Jetta GT for a reasonable $5,800 in Vancouver, British Columbia, but we're pretty sure there's some wiggle room on that price. You'll have to dump serious cash into this car to get it up to Fast and Furious spec, but that's why you've been hijacking all those 18-wheelers full of consumer electronics, right? 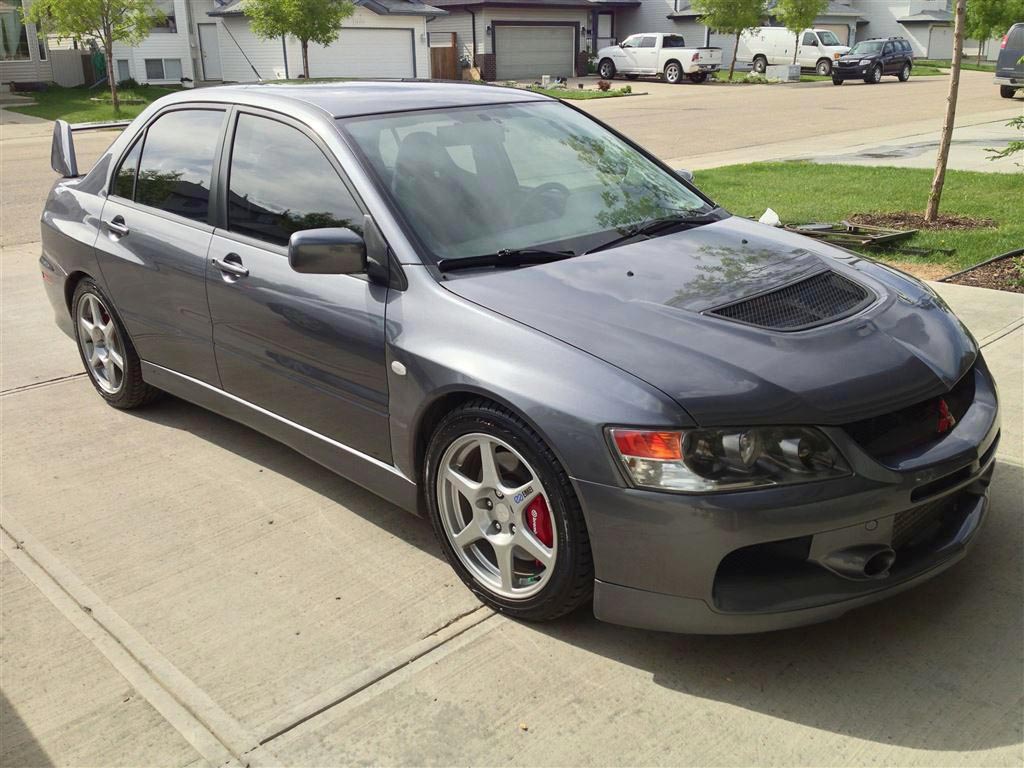 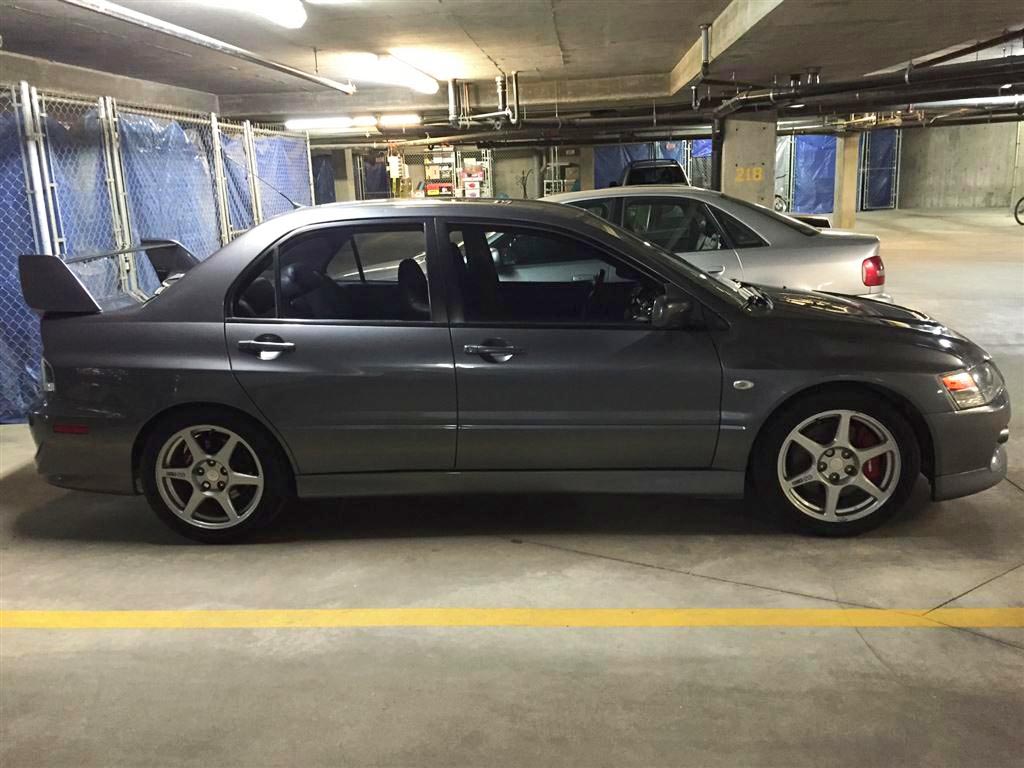 The producers of The Fast and the Furious: Tokyo Drift disconnected the front driveshaft from the Mitsubishi Lancer Evolution IX seen on the screen as Sean Boswell's drift school learning tool, because they wanted to make it easier to slide the car around the dockyards without having to deal with the pesky mechanical grip of its standard all-wheel drive system. All that seat-time helped Boswell beat DK up on the mountain, but if you're going to pick up this 2006 Mitsubishi Lancer Evolution IX that's for sale in Edmonton, Alberta, for $26,000, we recommend not messing with the car's computer-controlled center differential.

Considered by many to be the apex of Mitsubishi's rally-inspired four-door compact performance sedan development, the Evolution IX's 276 horsepower are just the starting point for anyone willing to get down and dirty with its tuneable turbocharged four-cylinder 4G63 engine. (Bonus: you can catch the Lancer's never-sold-in-Canada Evolution VII predecessor being driven by Brian Spilner in 2 Fast 2 Furious). 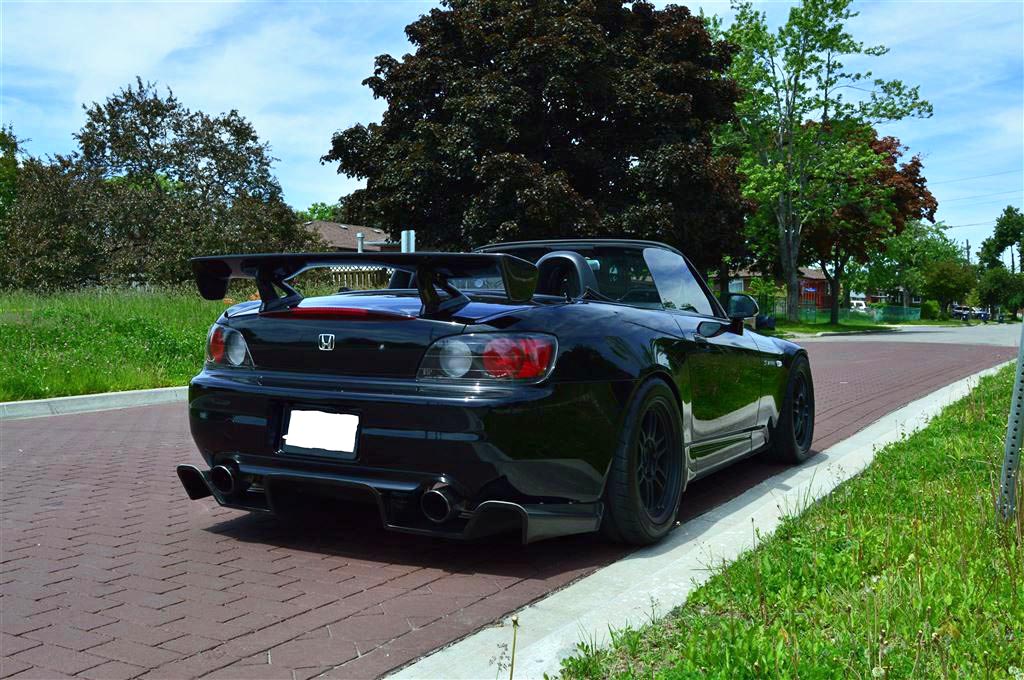 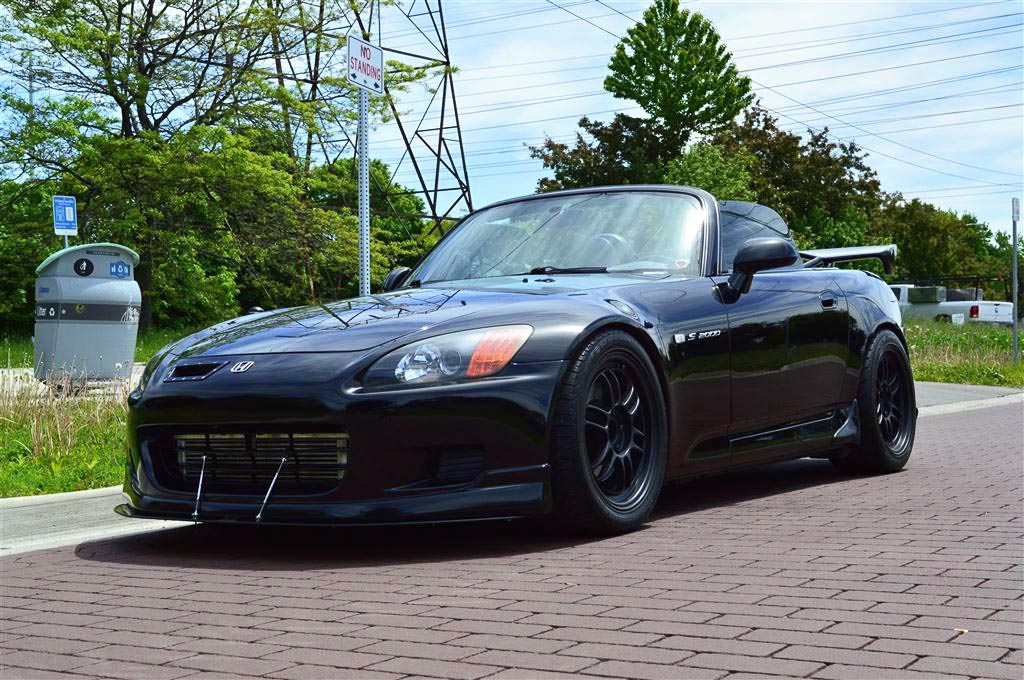 The Honda S2000 was a wet dream for import fanboys when it was first introduced for the 2000 model year, and it didn't take long for the car to make an impact in the Fast and the Furious franchise. We already talked about Johnny Tran and Jessie's ill-fated S2K encounter in the first film, but it's the hot pink AP1 S2000 driven by Suki in 2 Fast 2 Furious that most fans remember.

The hard-parked S2000 is prominently placed in a number of scenes throughout the movie, although strangely its starring role didn’t kick off a wave of similarly hued roadsters in the Honda community. f you're into look-at-me body kits and a lowered suspension, check out this $25,000 Honda S2000 we found in Scarborough, ON, which packs a Comptech supercharger and an AP2 engine swap along with a host of other performance upgrades. 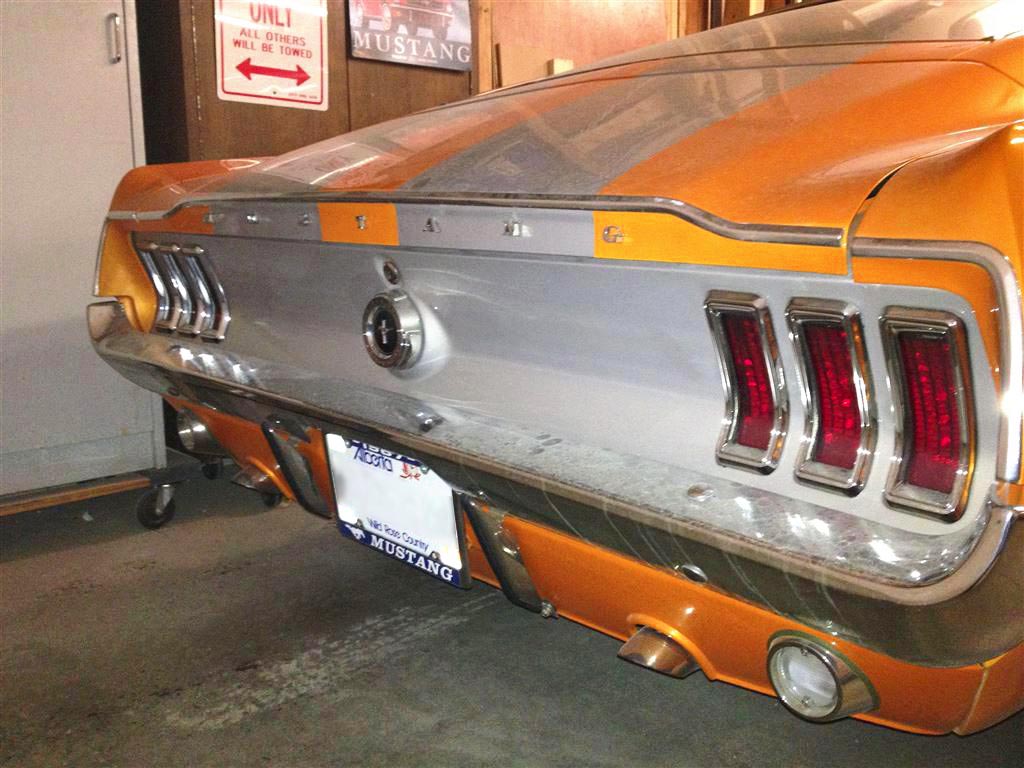 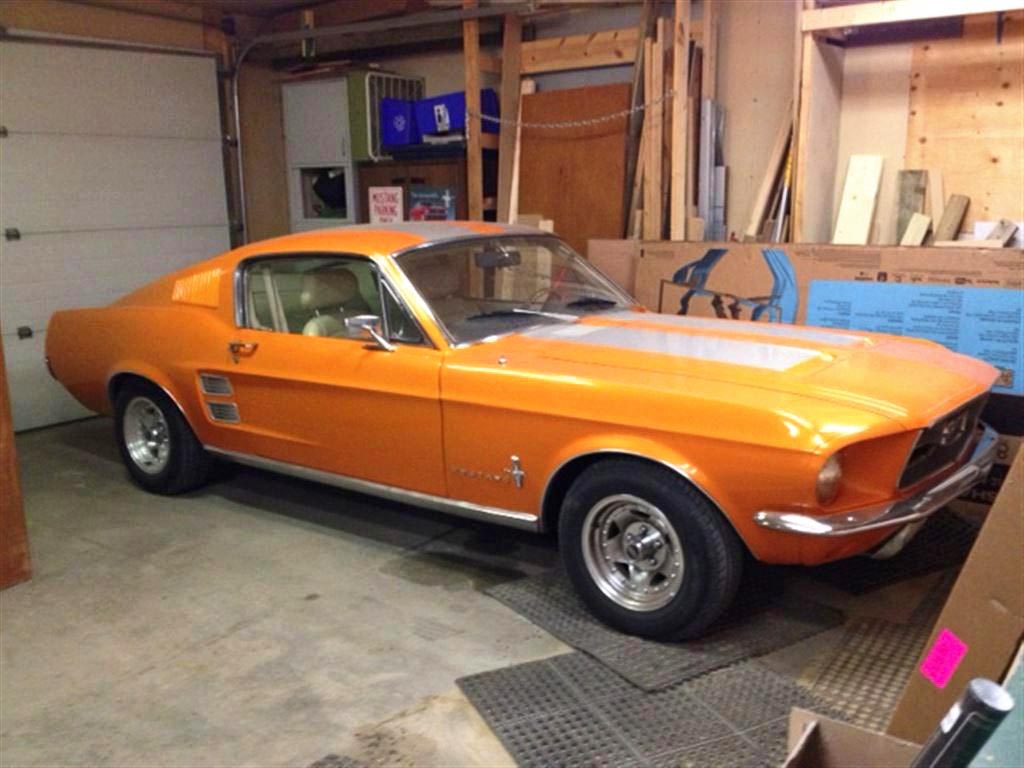 Ok, so this 1967 Ford Mustang, which is available in Calgary, Alberta, doesn't come with an RB26DETT twin-turbocharged Nissan engine under the hood like the hero car at the end of The Fast and the Furious: Tokyo Drift, but it certainly looks the business with its fastback body style and period-correct interior. The 289 cubic inch V8 installed in the car is less blow-off and more Bullit when it comes to soundtrack. Both the engine and transmission have been rebuilt and the coupe's paint job is new too. Not bad for $30,000.