Article and photography by Mark Stevenson When I was a kid, I relished the opportunity to come to the city and visit Toys "R" Us.
Advertisement

Article and photography by Mark Stevenson When I was a kid, I relished the opportunity to come to the city and visit Toys "R" Us.

Article and photography by Mark Stevenson

When I was a kid, I relished the opportunity to come to the city and visit Toys "R" Us. Seeing all the new R/C cars was my first mission, followed by a walk (okay, a sprint) to the aisle of Hot Wheels. But, as I grew up and earned a driver's license, my desires turned toward a different kind of fun.

The Gran Turismo/Forza generation idolized the GT-R and all it represented. It was the Japanese hot rod we couldn't have, put up on a virtual pedestal in a video game, and we pined for it so.

Thanks (or not) to Canada's '15 Year Rule', the R34 generation Nissan Skyline GT-R and its kin are now importable. And our favourite grown-up toy store has four of them.

Carson Exports in Dartmouth, Nova Scotia might be on the wrong coast when it comes to Japanese imports, but the dealership specializing in dreams has been bringing in East Asian metal since 2008. This 1999 Nissan Skyline GT-R became eligible for import last year and dealer owner Carson Way wanted to be (one of) the first in the country with a Godzilla in his inventory. 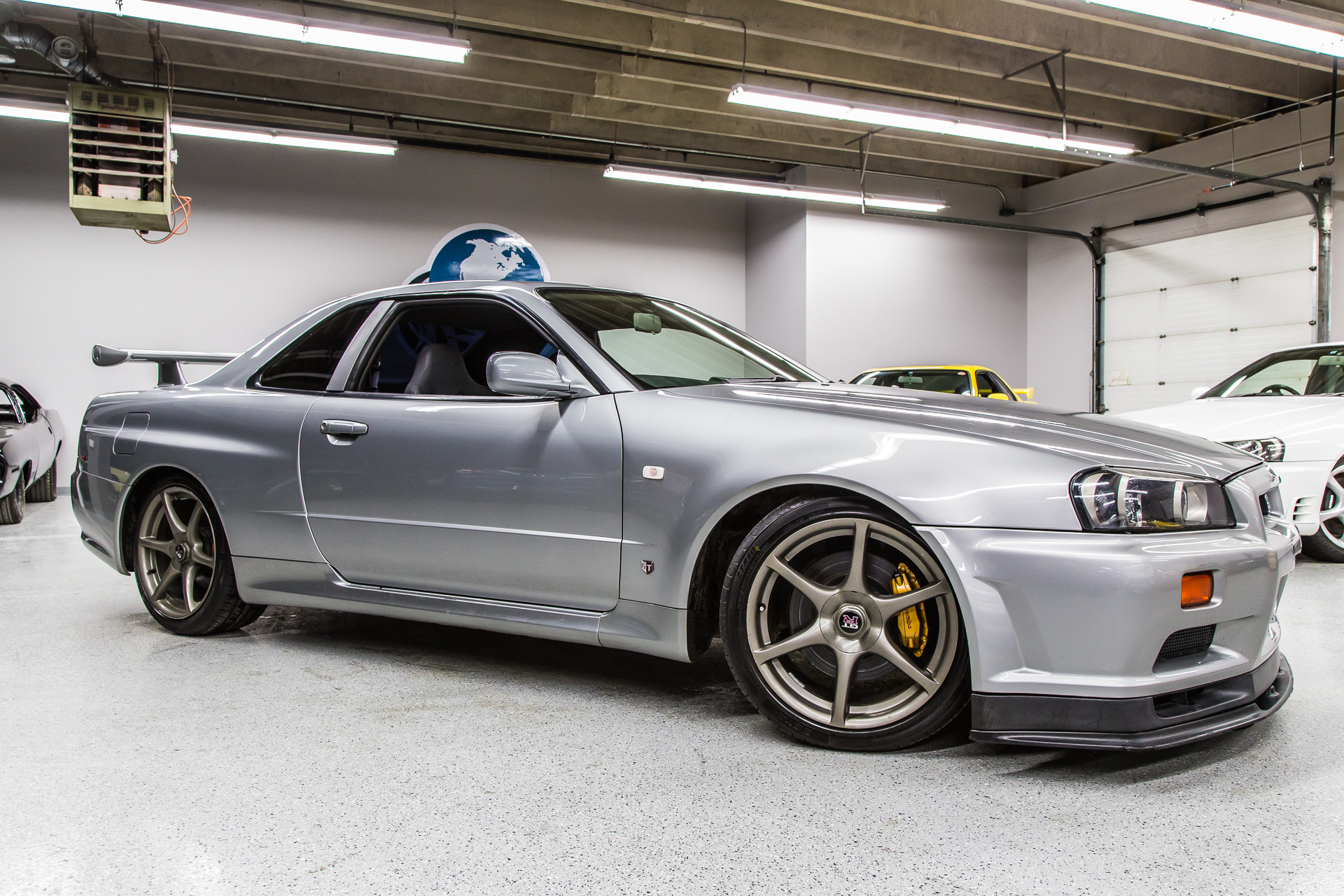 The GT-R sold almost immediately once it reached Dartmouth. But, due to an interesting set of circumstances, the GT-R is available again for sale.

"We sold it to a woman in Halifax that bought it for her 17-year-old son," Carson explained. "She drove it and realized how powerful it was," eventually selling it back to the dealership because she didn't want her son driving something with 550 hp. That's probably smart.

Since then, the GT-R has had many interested parties looking to take it home but the deal always falls through in the 11th hour, usually due to financing arrangements.

If the $38,800 asking price is a little rich for you, Carson Exports has a selection of Skylines that can still offer lots of fun on a more constrained budget. 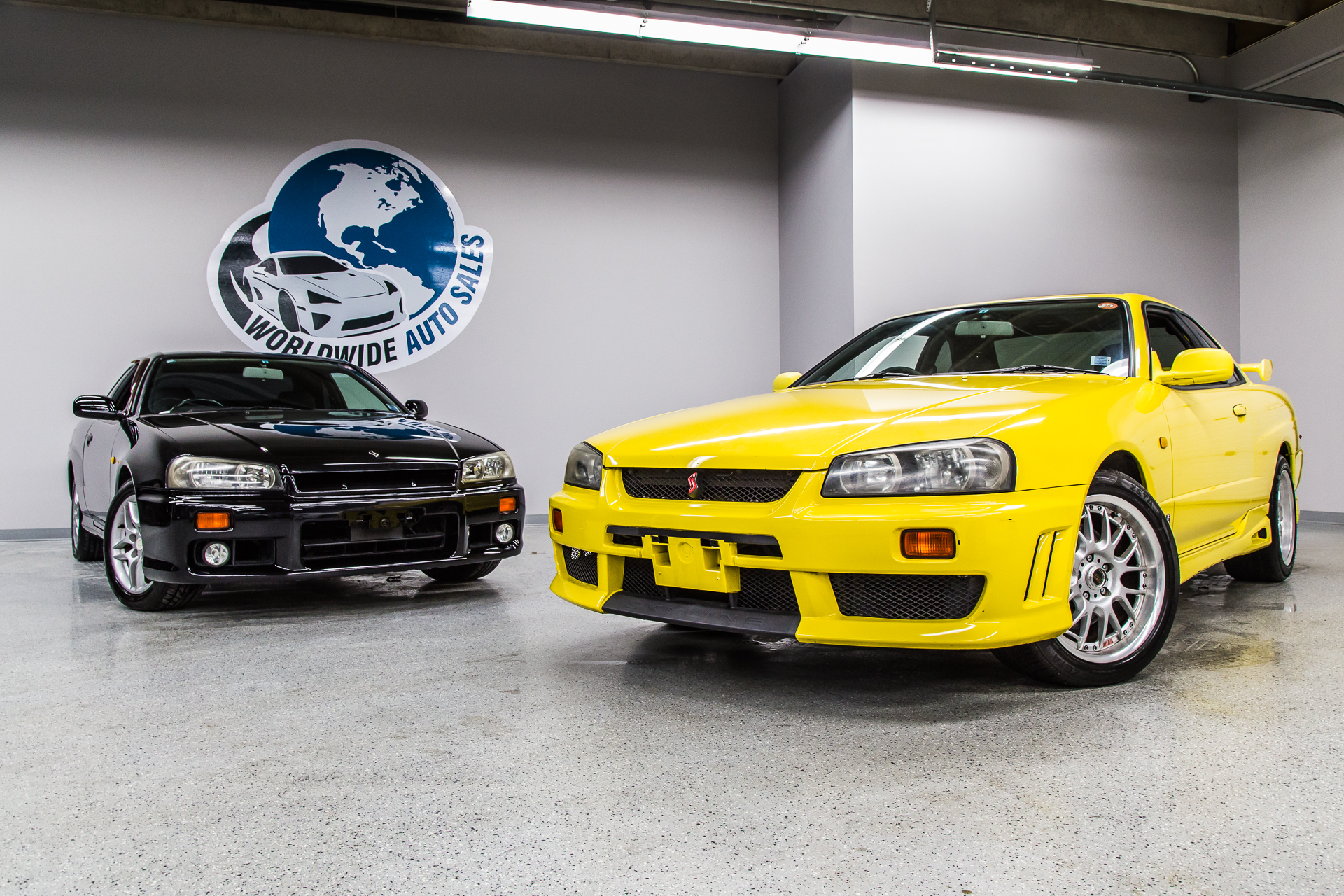 Both the yellow and black Skylines (1998 Nissan Skyline GT [yellow], 1998 Nissan Skyline GT [black]) offer up smaller, non-turbo engines (2.0L RB20DE NEO I6, approximately 150 hp) in comparison to the GT-R and can be driven by almost anyone thanks to their automatic transmissions. They also command a much lower asking price -- both cars are available for under $10,000.

The white 1999 Nissan Skyline GT-T sports a little more excitement with its 2.5 L RB25DET NEO turbo I6 with 280 hp and manual transmission. It was listed for $15,900 but was sold since these photos were taken.

The daddy of them all -- the GT-R -- is still available (along with its much newer brother, an R35 GT-R Black Edition) and is looking for a good home. For someone desiring a Corvette slayer on a budget, you can't do better. Plus, the reactions you get as you usher someone to the wrong side of the car for a ride-along are worth the money on their own.

Usually Find of the Week features give some driving impressions. This time, however, they are conspicuously absent -- and for good reason. Carson Exports advertises all their Japanese imports as 'salt free', thus limiting our time with their beautiful specimens to the show room. That's commendable, as you know you're getting a car without worry of salt-induced rust.

See more
Mark Stevenson is a former IT professional turned freelance automotive writer and news editor. He's a past contributor and current managing editor of The Truth About Cars.
Advertisement Top 10 Forza Cars You Can Put In Your Garage